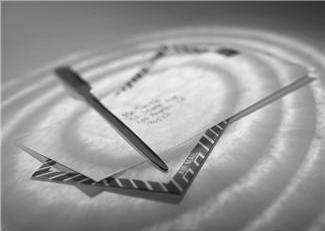 f your query letter isn’t getting the results you want, maybe it’s time to start thinking like a literary agent. Although we at Writer’s Relief are not literary agents, some staffers have had agency experience. Plus, we’ve been submitting our clients’ work to literary agents since 1994, so we know what works.

Here are some of the questions that might be going through an agent’s mind when reading your query letter:

What’s wrong with this book? Some agents will eyeball a query letter for red flags even before they thoroughly read it. It’s only natural; skimming saves time. Check out our list of some of the common red flags that agents and editors use to weed out submissions.

How quickly does this query get to the point? Agents are busy. And to say they get a lot of mail doesn’t begin to say how much mail they get. If, after a quick eyeball, an agent decides to give your query letter a deep read, then you’re in luck. But be sure your query is clear, direct, and specific. No wishy-washy or inflated language. No padding. Just hard, sparkling facts.

Am I having a strong emotional reaction to this book idea? If a writer can tug an agent’s heartstrings or get him/her revved up to read more, then it’s very likely that a “Please send me the complete manuscript” note will follow. But writers need to be cautious in their query letters: Saying, “This book will tug your heartstrings,” isn’t the same thing as actually tugging them.

What’s the hook? In general, literary agents are looking for the element of a book that makes it stand out, something to distinguish it from all other books. There are multitudes of unpublished books out there about lawyers who fight the good fight, personal assistants to the stars, women’s friendships, jaded ex-investigators who have to save the world, well-intentioned books written by people who found themselves through suffering… The list goes on. What agents want to know is, “How is this book different?”

NOTE: A writer doesn’t necessarily have to spell out the reasons a book is different in the query letter; the thing that makes the book unique should be so clear and distinguishable that an agent won’t need the book’s X-factor pointed out.

Is it fresh? Some writers are able to “draft” off the success of bestsellers by writing books that echo popular themes and ideas (think of all the vampire books for teens that followed Twilight). But for the most part, new is better. Agents want to find the next big thing, not the last one.

Is this a promising, serious writer who has what it takes to write professionally? When an agent looks at a writer’s bio, he/she wants to know: “Am I looking at an up-and-coming sensation?” When you publish your work in literary journals and magazines, you assert: “I know how this process works on some level, I’ve weathered rejection, I’m a go-getter, I’m making connections, I’m a hard worker, and I’m in it for the long haul.”

That said, agents have been known to take on authors who have no publishing credits at all. But having a few reputable journal and magazine credits in your bio can be a big help.

Is it relevant? The stronger your book ties into the current trends and moods of the country (or the world), the better. But being trendy is not necessarily about artificially keying into a trend to exploit it; it’s about being tuned in, authentic, and writing books that speak to the concerns of the moment. For some people, being tuned in means watching the nightly news and writing political stories. For others, it simply means deep, personal introspection about the human condition.

The beauty of literary agencies is that they are diverse. At some agencies, queries are first vetted by junior agents or interns. At others, all queries are read by the agents they are sent to.

Some agents will skim. Others will read every word. Some will focus in on the commercial aspects of a query, some won’t think about that at all until well after emotional excitement has taken hold.

But while every agent is unique, many query readers run through at least some of the questions we’ve listed here. And they’re good questions to put to your own query and book project. Good luck!

QUESTION: If you were an agent, what would your first priority be when you sit down to read a query letter?

One Response to Query Letters: How To Think Like A Literary Agent