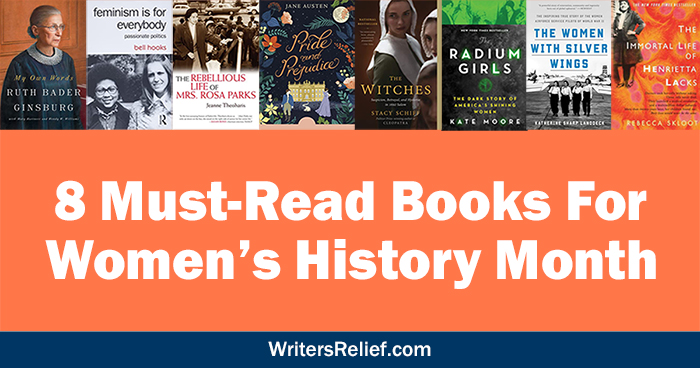 March is Women’s History Month, and at Writer’s Relief, we feel one of the best ways to celebrate is to read! This list of must-read fiction and nonfiction books honors women’s contributions to history, whether they rose above society’s expectations or fought for their rights and true worth. Be sure to add these recommendations to your to-be-read list this month! 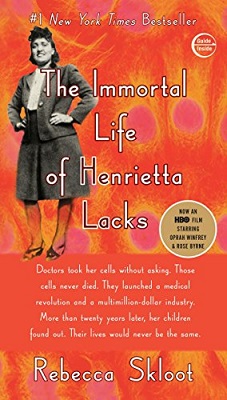 The Immortal Life of Henrietta Lacks by Rebecca Skloot

Henrietta Lacks, known as HeLa to scientists, was a poor Southern tobacco farmer who became one of the most important people in medical history despite not having any medical background. After her cells were used without her knowledge or permission, she became virtually immortal. But unlike the medical experts using her cells as medical tools, she remained nameless and uncompensated while discoveries worth millions were made. Her own family didn’t become aware of HeLa until long after Henrietta’s death. 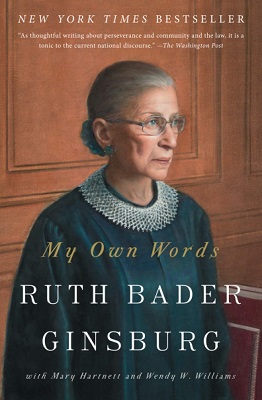 My Own Words by Ruth Bader Ginsburg

This fascinating glimpse into the life of Ruth Bader Ginsburg showcases her experiences as a woman on the Supreme Court. The book explores changes in the American judicial system and politics that were directly influenced by Ginsburg, one of the most influential voices in both law and public opinion. 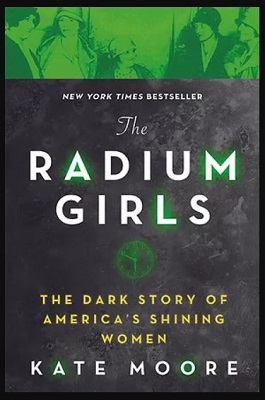 Radium, once a wonder drug and popular beauty product, was in many headlines during World War I. The girls who worked with this miracle element were called “shining girls,” whose jobs were coveted until they began to mysteriously fall ill. The radium factories ignored the poisonous side effects of their product, creating one of the biggest scandals in early 20th-century America. The courage and tenacity of the “shining girls” in fighting against the odds led to life-changing regulations, research into nuclear bombing, and ultimately saved hundreds of thousands of lives. 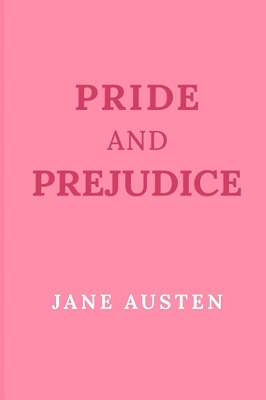 Pride and Prejudice by Jane Austen

This literary classic follows Elizabeth Bennet as she deals with her upbringing, morality, and education as a woman in the British Regency era. Namely, she must confront the expectations of marriage placed on her and the clashing desire to marry for love rather than status. Despite being published in 1813, this novel is still popular with modern audiences and is worth revisiting. 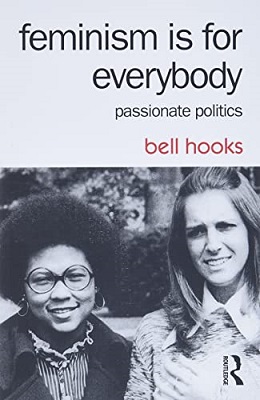 feminism is for everybody by bell hooks

Written by the influential activist bell hooks, this book, despite its brevity, makes the case that feminism is a value everyone should embrace. Within its pages, hooks acknowledges the ignorance of the initial feminist movement and offers critiques to help introduce how communities can use feminism to come together and move forward. 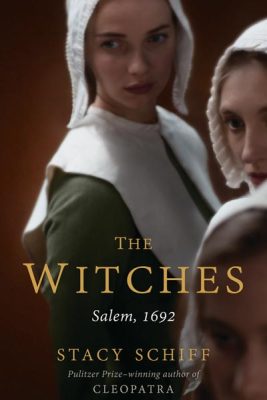 The Witches: Salem, 1692 by Stacy Schiff

Everyone has heard about the Salem witch trials: The historic panic began in early 1692 in Massachusetts, spreading quickly and causing many to turn on their neighbors, mothers, sisters, and daughters. This book tells the story of how a group of teenage girls played a central role in American history as they brought into question the moralities of their own faith and its views. 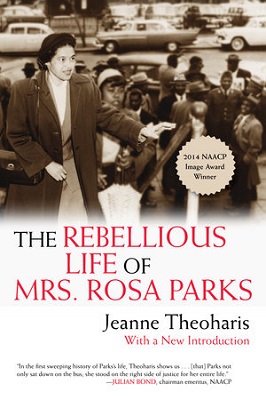 The Rebellious Life of Mrs. Rosa Parks by Jeanne Theoharis

Most of us have heard of Rosa Parks, but how many of us can say we know who she was outside of the Montgomery bus boycott? As a civil rights activist—as a Black woman—Rosa Parks did more than just sit in the White section of a bus. Learn more about her six decades of activism. 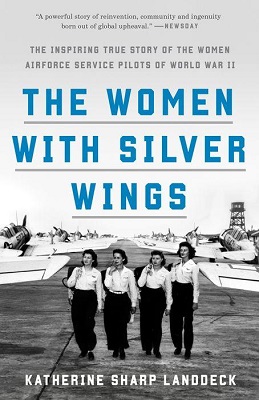 The Women with Silver Wings: The Inspiring True Story of the Women Airforce Service Pilots of World War II by Katherine Sharp Landdeck

In 1941, after the bombing of Pearl Harbor, the US Air Force put out a call for women pilots to help the war effort. Cornelia Fort, a flight instructor in Hawaii at the time of the bombing, was one of the first to respond, and one of 1,100 women to make it through the Army’s rigorous selection process. The Women Airforce Service Pilots (WASP) gave women like Fort the opportunity to not only serve their country, but to prove they were just as capable of being skilled pilots as men.

Question: What books would you recommend for Women’s History Month?