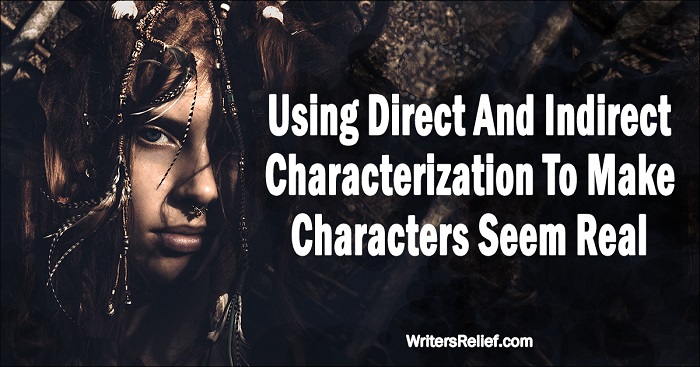 How To Use Direct And Indirect Characterization

What does your character like and dislike? Opinions and quirks come together to build your character’s worldview. Food preferences, pet peeves, and what they look for in friends are all details that will help round out your character.

How does your character’s voice sound? In narration, thought, and dialogue, it’s important to develop a unique, recognizable voice for your character: Do they tend to use flowery, drawn-out language rife with similes and metaphors, or do they prefer to get straight to the point without mincing words? Does the character have an accent or any defining speech patterns? Whether a character talks a lot or lets others do the talking is also a good personality indicator.

Does your character choose to act or stand aside? Choosing to take initiative is hugely defining for a character, whether it’s during a dangerous situation or simply in day-to-day decisions. Do they confront situations head-on, or do they prefer to stand back and watch as things develop? Is the character a leader or a follower: Would they take charge of their friends or coworkers if necessary?

How does your character treat other characters? It’s important to show how your character interacts with those socially below them as well as with their equals and superiors.

How does your character interpret the story’s setting? It’s important to show readers how the character describes the surroundings. Two characters might describe the same scene totally differently, depending on how observant they are and what they’re feeling at the time.

Question: What do you find most challenging about creating a character?