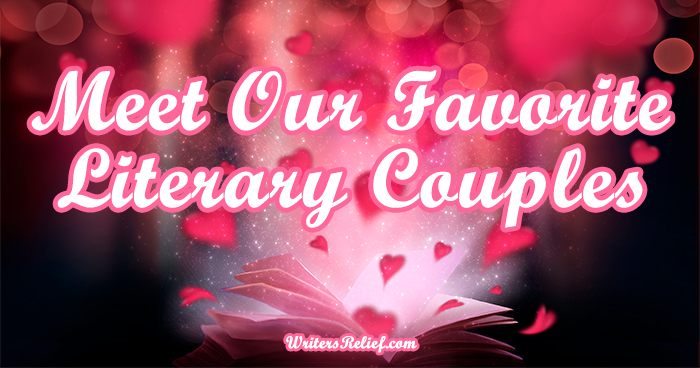 February is Creative Romance Month! And what better place to find romance than in the pages of a good book? (At least, that’s the prevailing sentiment of the bookworms here at Writer’s Relief.) Unwrap a few heart-shaped chocolates, grab Cupid’s arrow for a bookmark, and get ready to fall in love with some of our favorite literary couples.

Our Favorite Literary Couples From Books We Love 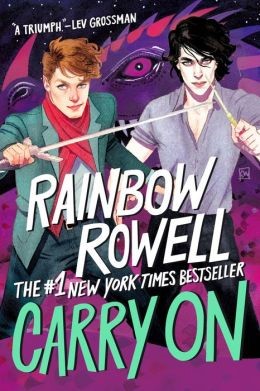 Simon Snow and Baz from Carry On by Rainbow Rowell

In this spin-off of Rainbow Rowell’s novel Fangirl, Simon and Baz start off as contentious roommates. But when Simon suddenly kisses Baz after talking him out of self-immolation, their relationship takes on a whole new dynamic. 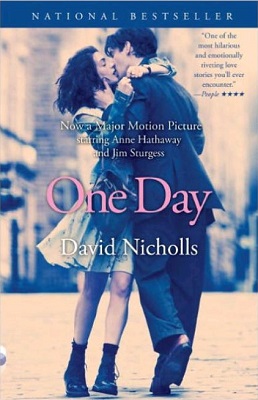 Dexter Mayhew and Emma Morley from One Day by David Nicholls

While following the lives of Dexter and Emma for one day—the anniversaries of the day they met—through each year, it’s easy to fall in love with these two. With their witty banter, they sustain each other through crummy jobs, failed marriages, and career failures. 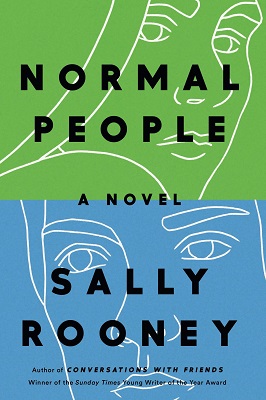 Connell’s mother cleans Marianne’s mother’s house. When the two are in secondary school, they begin a flirtation that will continue through university, and beyond. Although they try to consider different people and paths in life, Connell and Marianne cannot resist their mutual interest and attraction. 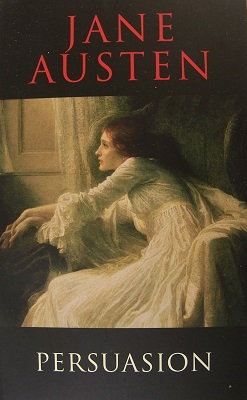 Captain Wentworth and Anne Elliot from Persuasion by Jane Austen

Before the novel starts, Anne Elliot is persuaded to end her relationship with the poor Captain Wentworth. Years later, when he returns to her life, Anne wonders if it’s possible for them to begin their relationship again. While Austen has written many great love stories, Persuasion is perhaps the most touching of them all. 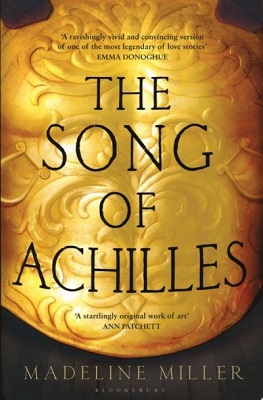 Achilles and Patroclus from The Song of Achilles by Madeline Miller 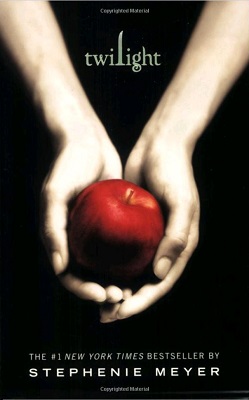 Edward Cullen and Bella Swan from Twilight by Stephenie Meyer

Stephenie Meyer’s massively popular Twilight series introduced to readers Bella Swan, a teenage girl who moves to Forks, Washington, and Edward Cullen, a teenage vampire. When the two fall in love, they are forced to confront various forces beyond their control, both natural and supernatural. 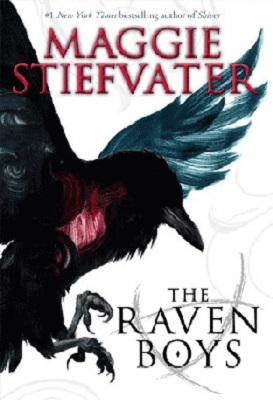 Maggie Stiefvater’s The Raven Boys follows a group of friends attempting to find the sleeping Welsh king Glendower. Two of them, Adam Parrish and Ronan Lynch, begin a relationship later in the series. In the final book, Ronan admits to being in love with Adam. 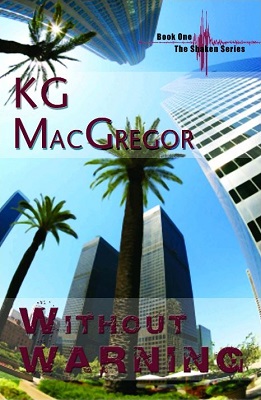 Anna Kaklis and Lily Stewart from Without Warning by KG MacGregor

In the first book in the Shaken series, Anna and Lily meet when they’re trapped together in a shopping mall in the aftermath of an earthquake. After they escape, they spend the next several months looking for each other. When they finally reunite, their relationship takes a turn that neither of them anticipated. 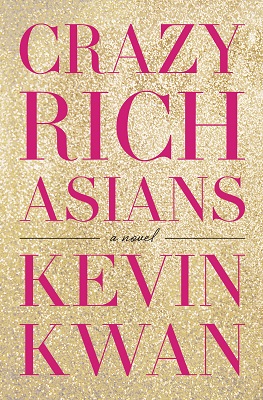 This massively popular romantic comedy follows Rachel Chu, a professor of economics, and her secretly wealthy boyfriend, Nicholas Young. The couple don’t anticipate much drama when Nick introduces her to his family, but they are in for a surprise when Nick’s mother disapproves of Rachel and plans to sabotage their relationship. 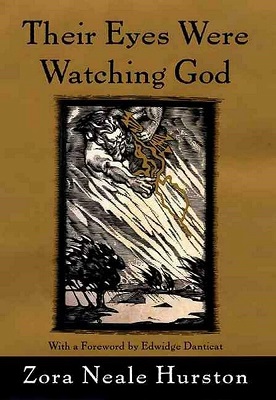 A classic of the Harlem Renaissance, this novel tells the story of Janie Crawford. After her initial twenty-year marriage ends with her first husband’s death, Janie meets a drifter and gambler named Vergible Woods, AKA “Tea Cake.” A sharp contrast to her physically abusive and controlling first husband, Tea Cake treats Janie with the respect and love she always wanted. 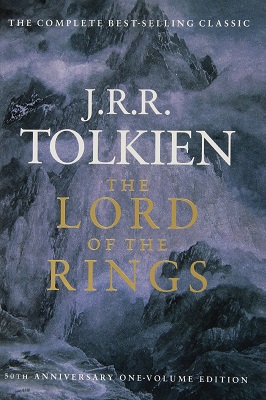 Arwen and Aragorn from The Lord of the Rings by J.R.R. Tolkien

The Tale of Aragorn and Arwen appears within the appendices of J.R.R. Tolkien’s The Lord of the Rings, although Tolkien himself called their story “essential.” It follows Aragorn, who falls in love with the Elf-Maiden Arwen. Forced to choose to be with Aragorn or leaving with her elvenkind for the undying lands, Arwen chooses to be with Aragorn, and the two are later married. 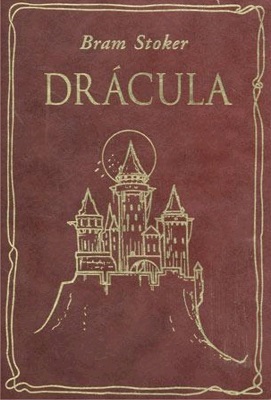 Mina Murray and Jonathan Harker from Dracula by Bram Stoker

In this classic Gothic horror novel, Jonathan Harker is a solicitor who has a terrifying encounter with the vampire Dracula and his vampiric brides at the beginning of the novel. He is engaged to Mina Murray, who later becomes his wife. When Dracula places a curse that will make Mina a vampire, Jonathan vows that he would become a vampire himself out of love for Mina. 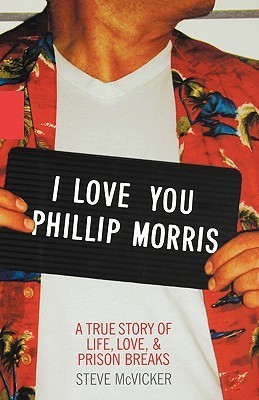 Steven Jay Russell and Phillip Morris from I Love You Phillip Morris: A True Story of Life, Love, and Prison Breaks by Steve McVicker

Based on a true story! Steven Jay Russell was an American con artist who posed as a millionaire in order to secure a $75,000 loan. When police caught him, he feigned a heart attack and escaped, but was eventually sentenced to 144 years in prison. He fell in love with his fellow inmate, Phillip Morris. When Morris was released from prison, Russell escaped from prison four times to reunite with him. Their story was also made into the film I Love You Phillip Morris. 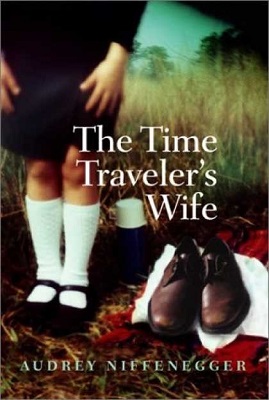 What if your partner traveled through time involuntarily? This conundrum and how it affects their relationship is explored through Henry and Clare Anne, the protagonists of Audrey Niffenegger’s modern classic.

Question: Who is your favorite literary couple?