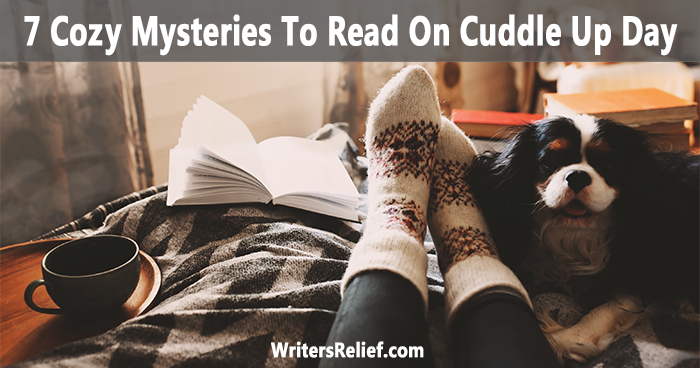 On National Cuddle Up Day, what could be better than cuddling up with a good cozy mystery? This subgenre of crime fiction offers just enough intrigue and puzzle-solving to keep readers interested—but not so much violence or danger that we anxiously spill our cups of tea. Join the bookworms at Writer’s Relief as we wrap ourselves in our favorite blankets, cuddle up by the fire, and crack open one of these great cozy mysteries. 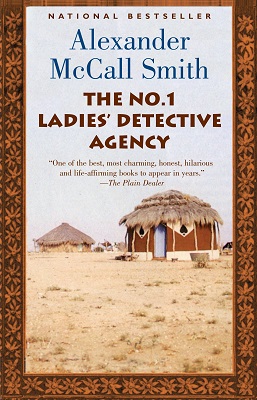 The No. 1 Ladies’ Detective Agency (Book 1) by Alexander McCall Smith

The first novel of the twenty-one book No. 1 Ladies’ Detective Agency series introduces Precious Ramotswe, a brand-new detective who’s hired to track down a missing husband, discover a con man, and trail a wayward daughter. Her real test will be uncovering a missing boy who may have been kidnapped by witch doctors. 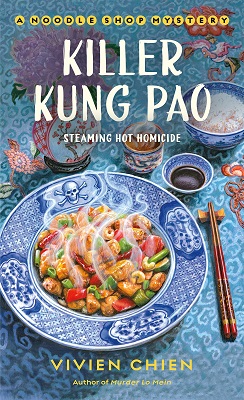 In book six of this eight-book series, Lana Lee is ready to take a breather from running her family’s Chinese restaurant in Cleveland’s Asia Village—but then she witnesses a car accident in the parking lot. When threats are made between the two women involved in the accident and one later ends up dead, Lana tries to unravel the killer’s identity before another murder occurs. 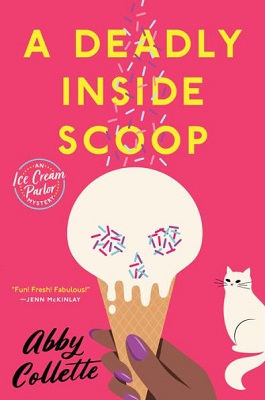 A Deadly Inside Scoop by Abby Collette

This book kicks off a charming series of cozy mysteries that revolves around an ice cream shop. Bronwyn Crewse is a recent MBA grad who takes over her family’s ice cream shop, hoping to restore its former glory with her grandmother’s recipes. But her literal cold opening falls on the first snowfall of the season, which keeps customers away—and then Wyn finds a body in the snow. With her father as the prime suspect in the death, Wyn is determined to catch the ice-cold killer. 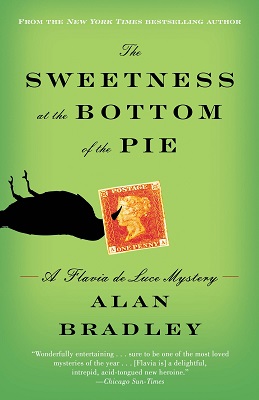 The Sweetness at the Bottom of the Pie by Alan Bradley

In this entry from the Flavia de Luce series, it’s the summer of 1950 in Bishop’s Lacey, England, and eleven-year-old aspiring chemist Flavia de Luce and her father, Colonel Laurence de Luce, have made a strange discovery on their kitchen doorstep: a dead bird with a postage stamp impaled on its beak. Later that night the sound of angry voices awakens Flavia, who then eavesdrops on a heated conversation between her father and a man Flavia doesn’t know. Unable to go back to sleep, Flavia wanders into the garden, where she discovers the stranger, barely alive, lying among the cucumber plants. With his dying breath, he whispers, “Vale.” What does all this mean? When the police investigation of the death leads to the arrest of Colonel de Luce, Flavia begins an investigation of her own in order to solve the mystery and vindicate her father. 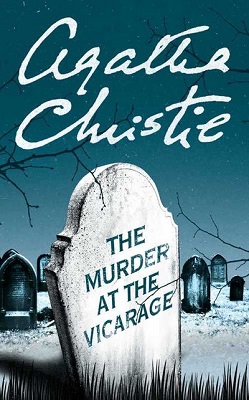 The Murder at the Vicarage by Agatha Christie

Christie is considered one of the pioneers of the cozy subgenre with her Miss Marple series. When unpopular Colonel Protheroe is found murdered in the Reverend Clements’s study, the clergyman soon becomes the prime suspect in the case. The investigation unearths several other possible suspects among the citizens of St. Mary Mead, however, and it’s up to village busybody and amateur sleuth Jane Marple to help Inspector Slack arrest the real murderer. 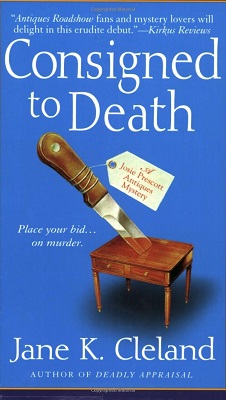 This is the first book in Cleland’s Josie Prescott series. After testifying in a price-fixing scandal, Josie has lost her high-profile job at a top auction house in New York and has relocated to a small town on the coast of New Hampshire to open an antique shop and rebuild her life. When the owner of a collection Josie has just assessed turns up dead, local police find Josie’s fingerprints all over the pieces in the collection—including the murder weapon. She’s on the top of handsome local police chief Ty Alvarez’s list of suspects and has to work quickly to clear her name and get the real killer behind bars. 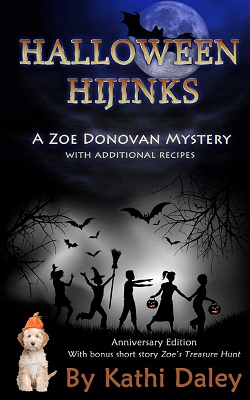 The Zoe Donovan series is one of the coziest out there (Daley even includes recipes for some of the dishes enjoyed by the characters in the story). This first book in the series introduces twenty-four-year-old small-town animal control officer Zoe Donovan, who must take on the role of amateur sleuth in order to solve the murder of a rival town’s high school football coach—and exonerate her wrongly accused best friend. She gets help from an unexpected source, her middle school nemesis, and finds herself navigating conflicting feelings as romantic sparks fly.

Question: What is your favorite cozy mystery series?