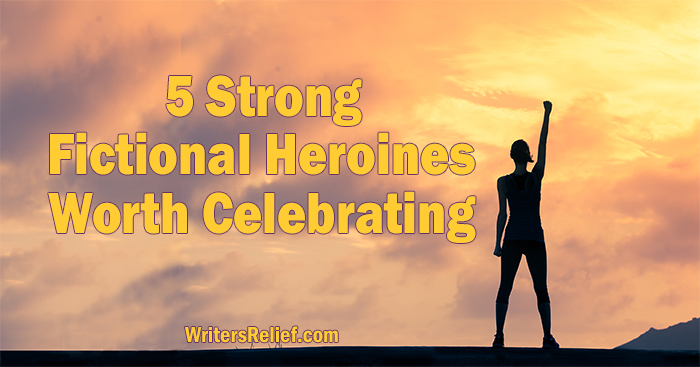 October features both National Kick Butt Day and the International Day of Girls, which makes it a great time to celebrate strong fictional heroines. These well-admired characters know how to use their own power to live a great story. Writer’s Relief has put together a list of formidable heroines from our favorite books who all make the fictional world a better place—and who aren’t afraid to kick some butt when needed!

Strong Fictional Heroines We All Admire

A booklover and easily the brightest witch of her age, Hermione kicks butt both mentally and magically. As is readily admitted by both Ron Weasley and Harry Potter in the book series by J.K. Rowling, they wouldn’t last two minutes without her! Hermione’s an excellent student, but she’s also ready to fight and protect her friends from You-Know-Who. Her patronus is an otter, but since she works at the Ministry of Magic as an adult, we feel her spirit guide may be Ruth Bader Ginsburg.

Standing up for what’s right is another way to kick butt. In The Hate U Give by Angie Thomas, sixteen-year-old Starr Carter witnesses her best friend being shot by the police, and the case becomes national news. At first, Starr keeps her identity as a witness a secret. But when the grand jury fails to indict, she knows she must be brave and speak out for justice and against racism—even if it means alienating her friends and boyfriend.

Miss America Chavez is Marvel Comic’s first Latin-American LGBTQ character and the leader of the Ultimates. One of her most impressive abilities is to kick star-shaped holes in reality, which means she holds butt-kicking capabilities in many dimensions. She also has the power of flight, traveling at the speed of light. America also goes to college, so she’s both smart and tough—a winning combination!

Katniss from The Hunger Games series is someone you’d want as a partner if you were stranded on an island or as one of your team members on Survivor. She has impressive survival skills, and she knows how to use them. Hunt with an arrow…check. Strong-willed independence…check. Knows how to climb trees…check. Can identify (and use to her advantage) poisonous plants…check. And best of all, knows how to use her mind—check!

To diverge is to stray from the path set for you, which is what Beatrice “Tris” Prior from the Divergent series does when she chooses to be Dauntless, one of the five factions in this dystopic trilogy set in futuristic Chicago. But Tris learns she’s what is called a divergent, one who doesn’t belong in any of the factions, and who is at great risk of being cast out of society completely. So she must learn to kick butt in a hurry in order to fight the system she’s imprisoned by. This means train jumping, shooting, and knife throwing—but also fighting against a social order that imposes strict classifications on people, which divides instead of unites them.