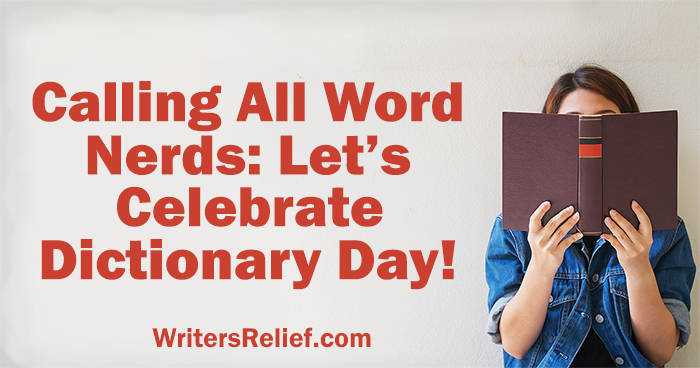 Noah Webster published his first dictionary in 1806. A year later, he started compiling an expanded version of it, which took him TWENTY-SEVEN years to finish. (That’s one year shy of how long we’ve been helping writers get published!) Why did it take so long? Webster learned twenty-six different languages during this time to help him evaluate the etymology of the words he included in his dictionary.

Even now, new words are still being added to the dictionary. Check out some of the surprising words that have been recently added to various dictionaries.

New Words Added To The Dictionary

bae, n.: “A boyfriend or girlfriend; a romantic or sexual partner. Originally and chiefly as a term of endearment or affectionate form of address.”

dorkus, n.: “A foolish, clumsy, or inept person; a dork (dork n. 2). Now also: one whose social awkwardness is regarded as endearing.”

gym-bunny, n.: “A person who spends a lot of time exercising at a gym, esp. to improve his or her appearance rather than for reasons of health or fitness.”

noob, n.: “Originally and often in online contexts: a person new to or inexperienced in a particular sphere or activity, esp. computing or video games.”

schleppy, adj.: “Esp. of a person or his or her clothing or appearance: shabby, scruffy; dowdy, unfashionable, unsophisticated.”

spit take, n.: “An act of suddenly spitting out the liquid one is drinking as a reaction to something surprising or funny, esp. as a technique in comedic acting.”

Twittersphere, n.: “The notional environment in which people use the social networking service Twitter; such people considered collectively.”

Question: What is your favorite word? It doesn’t have to be new!