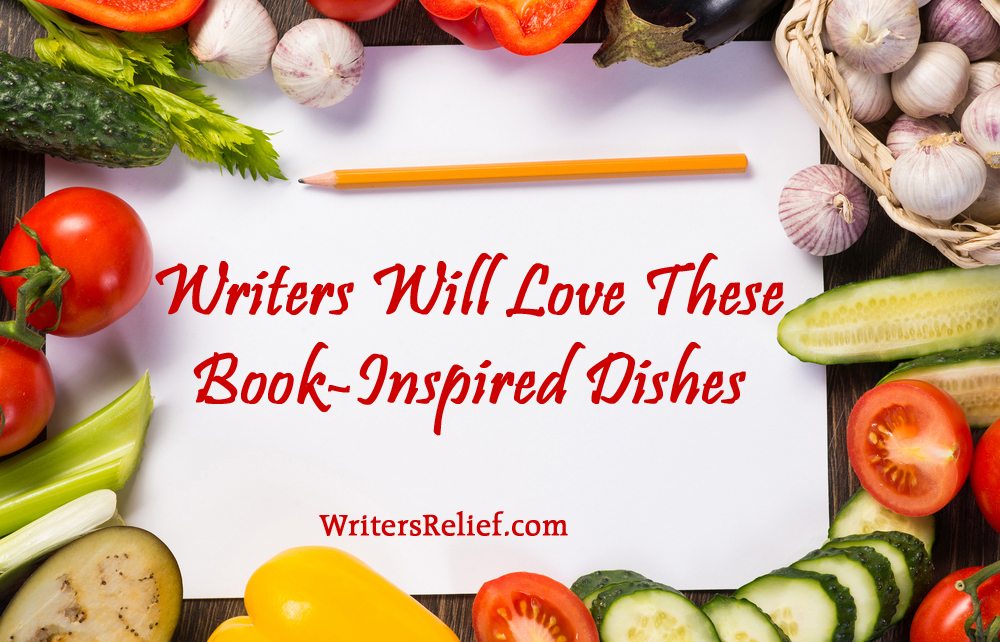 Here’s a question for all you ravenous bookworms: Have you ever read a description of a sumptuous meal or tantalizing tidbit that was so deliciously vivid, you could almost taste it? Now you can give some of those yummy dishes a try! Here are some fabulous recipes inspired by the books you know and love. 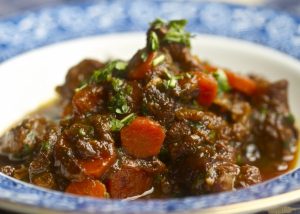 As a girl who grew up in a district where food is scarce, Katniss Everdeen is amazed by the abundance of food in the Capitol district—and this savory stew is her favorite dish. During the Hunger Games, Katniss is sent this lamb stew when she is practically starving.

I rip it open at once and inside there’s a feast – fresh rolls, goat cheese, apples, and best of all, a tureen of that incredible lamb stew…Every cell in my body wants me to dig into that stew and cram it, handful by handful, into my mouth.

Here is a great recipe for the stew that Katniss loves!

Fried Chicken and Rolls, inspired by Harper Lee’s To Kill A Mockingbird 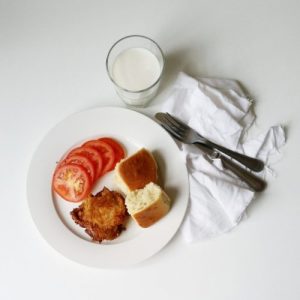 This breakfast of fried chicken and rolls presented to Atticus Finch is not just a tasty meal. It is a gesture of thanks from the Black community for his fair-minded defense of a man unjustly accused.

“Gracious alive Cal, what’s all this?” He was staring at his breakfast plate.

Calpurnia said, “Tom Robinson’s daddy sent you along this chicken this morning. I fixed it.”

“You tell him I’m proud to get it—bet they don’t have chicken for breakfast at the White House. What are these?”

“Rolls,” said Calpurnia. “Estelle down at the hotel sent ’em.”

You can cook Atticus’s breakfast any time of the day. 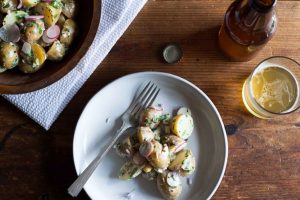 Mary and Dickon cook a meal of potatoes and eggs by using stones to bake them. You’ll have to use your oven, but we promise—the results will still be magical!

This simple yet satisfying dish is so tasty, you won’t want to keep it a secret!

…there was a deep little hollow where you could build a sort of tiny oven with stones and roast potatoes and eggs in it. Roasted eggs were a previously unknown luxury, and very hot potatoes with salt and fresh butter in them were fit for a woodland king—besides being deliciously satisfying. 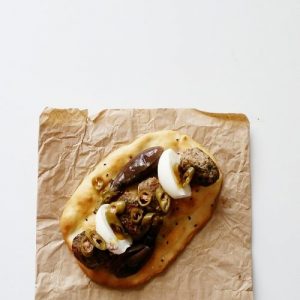 In this father-son story, Amir’s relationship with his wealthy merchant father, Baba, is complicated. So he’s thrilled when they spend time together sharing a meal.

We sat at a picnic table on the banks of the lake, just Baba and me, eating boiled eggs with kofta sandwiches—meatballs and pickles wrapped in naan.

This recipe for lamb kofta and naan is perfect for a picnic lunch. 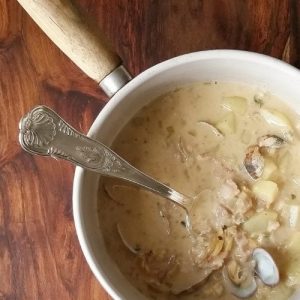 We think Ahab should have spent less time chasing the White Whale and more time chowing down on the delectable clam chowder that is described in the pages of this literary classic.

That smoking chowder came in…It was made of small juicy clams, scarcely bigger than hazel nuts, mixed with pounded ship biscuit, and salted pork cut up into little flakes; the whole enriched with butter, and plentifully seasoned with pepper and salt. Our appetites being sharpened by the frosty voyage, and in particular, Queequeg seeing his favourite fishing food before him, and the chowder being surpassingly excellent, we despatched it with great expedition.

Ready to make your own pot of chowder? Check out this recipe! 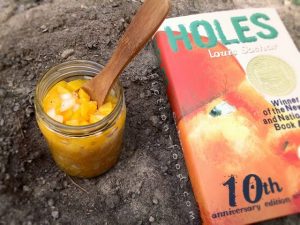 To survive the harsh, enforced labor of the juvenile detention center they’re sentenced to, Stanley and Zero eat wild onions to supplement the jars of preserved peaches which Zero calls “sploosh.”

Zero held a jar in his hand and grunted as he tried to unscrew the lid.

“Sploosh!” His voice was strained as he worked on the jar. “That’s what I call it. They were buried under the boat.”

It was warm, bubbly, and mushy nectar, sweet and tangy. It felt like heaven as it flowed over his dry mouth and down his parched throat. He thought it might have been some kind of fruit at some time, perhaps peaches.

Not sure if a diet of peaches and onions sounds like something you’d like to eat? This salsa recipe will make a believer out of you.

Ready for dessert? The wizard world of Harry Potter boasts an assortment of unusual treats that sound fun, surprising, and occasionally dangerous! For all the magically scrumptious snacks shown, check here for the recipes even a muggle could make. 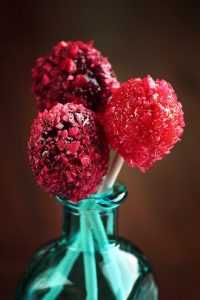 Fred gave me one when I was seven, it burnt a hole right through my tongue. I can remember Mum walloping him with her broomstick. – Ron Weasley 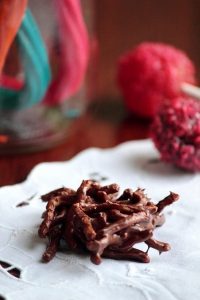 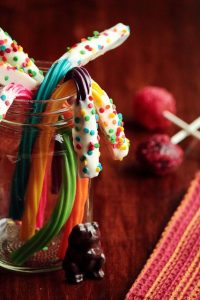 The first time Harry rode on the Hogwarts Express, he sampled a lot of candy from the food trolley—including licorice wands! Wave around these licorice twists covered with vanilla candy coating and cast some tasty spells. 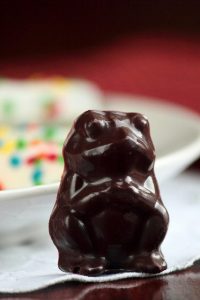 Unlike their literary counterparts, you won’t have to worry about these chocolate frogs hopping away. And these will probably be the best frog legs you’ve ever tasted!