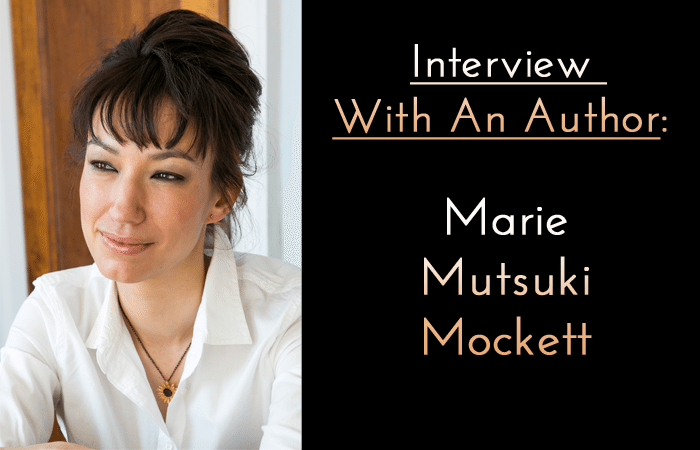 Marie Mutsuki Mockett’s memoir, Where the Dead Pause, and the Japanese Say Goodbye: A Journey, was published by Norton in January 2015. Her first novel, Picking Bones from Ash, was shortlisted for the 2010 Saroyan Prize and was a finalist for the Paterson Prize. She lives in San Francisco.

CONTEST: Leave a comment by January 30, and you’ll be entered to win a copy of her new book, Where the Dead Pause, and the Japanese Say Goodbye: A Journey! U.S. residents only. This contest is now closed. Congratulations to our winner, Satia! Thank you to all who participated!

How did publishing shorter works help you land a literary agent?

I think that publishing shorter works helped me to become a better writer, which led me to finding an agent. I did have a few instances where agents saw my work in literary magazines and contacted me. My first agent read all my short stories, which worked together as a collection, and loved them. But there is no agent—and no book—without strong writing. The benefit of working on short stories is that you learn how to shape, polish, and finish a piece of writing—and then move on. As an art form, short stories are, of course, wonderful. But they do serve a practical purpose for writers in that they can train us to work faster and with varied settings and characters.

My nonfiction book was written under completely different circumstances than my novel. I had only published some short stories when I started working on my novel. I had no publisher, and thus no deadline, but my own internal and impatient clock. With the memoir, I had a deadline. My subject—partly the tsunami in Japan—concerned recent history, and I felt a lot of internal pressure to get my work done. I had people to answer to. I had a small child and wanted to be his primary caretaker. But I also had work to do! So I did a lot of drafting in my head while I pushed a swing in the playground. Then I would sit down and try to write when I was free.

Please tell us a little about your upcoming Asian-American Writers Workshop reading.

I’ll be doing two readings in New York City. The first will be at the Asian-American Writers Workshop with National Book Award Finalist Emily St. John Mandel. We’ll be talking about how “not to have your heart broken during the apocalypse,” as her book is set in an apocalyptic future, and mine, well, mine is set in a post-Fukushima Japan. That will be February 3, at 7 p.m. I’ll be reading solo and answering questions on February 4 at Kinokuniya bookstore in New York, at 7 p.m. I’m always happy to meet people who are working on their writing. For me, some of the best advice I received as an “aspiring” writer came from people who were already established.

Fear has always been my biggest stumbling block. I have been afraid of failure. What if I invest years and years in writing and nothing ever comes of it? What if I start a story and can’t finish it? What if I can’t get an agent? What if I get an agent and then the agent can’t sell my book? And on and on and on. In fact, all these things have happened to me. And I’m still here, writing.

There are a few things I can say about fear. First, the more you do something, the better you become. And if you don’t get better, well, then you do have a problem. But for most of us, practice will yield improvement and writing is no different. Second, success builds on success. But in order to have any success, you have to have a body of work. And finally, it is truly important to try to enjoy each day, whether you have an acceptance in the mail or on your answering machine or not. You cannot make life all about “success” or failure; there is joy to be had in a great many things and in relationships, and it is important to find those places in your life. 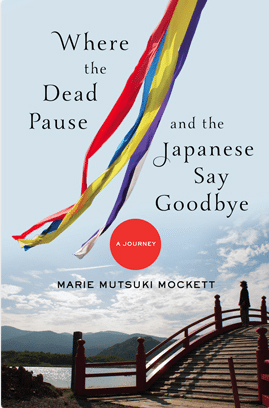 About Where the Dead Pause, and the Japanese Say Goodbye: A Journey

How does one cope with overwhelming grief? Marie Mutsuki Mockett’s family owns a Buddhist temple twenty-five miles from the Fukushima Daiichi nuclear power plant. In March 2011, after the earthquake and tsunami, radiation levels prohibited the burial of her Japanese grandfather’s bones. As Japan mourned thousands of people lost in the disaster, Mockett also grieved for her American father, who had died unexpectedly.

Seeking consolation, Mockett is guided by a colorful cast of Zen priests and ordinary Japanese who perform rituals that disturb, haunt, and finally uplift her.

“…She has the ability, fully available only to those on the margins, ‘to see through more than one set of eyes, if one learns to pay attention to one’s environment.’ It is this gift of double-sightedness, of bringing to bear both the ‘dry’ rationality of the West and the ‘sticky’ sensibilities professed by the Japanese, that makes this the most interesting book so far to have come out of the disaster.” —The New York Times

CONTEST: Leave a comment by January 30, and you’ll be entered to win a copy of her new book, Where the Dead Pause, and the Japanese Say Goodbye: A Journey! U.S. residents only. This contest is now closed. Congratulations to our winner, Satia! Thank you to all who participated!

← ProofNEEDing: Such an inconvenience! The Anatomy Of A Literary Journal Contract: The Bare Bones Of Basic Phrases →