Interview With An Author: Marie-Helene Bertino 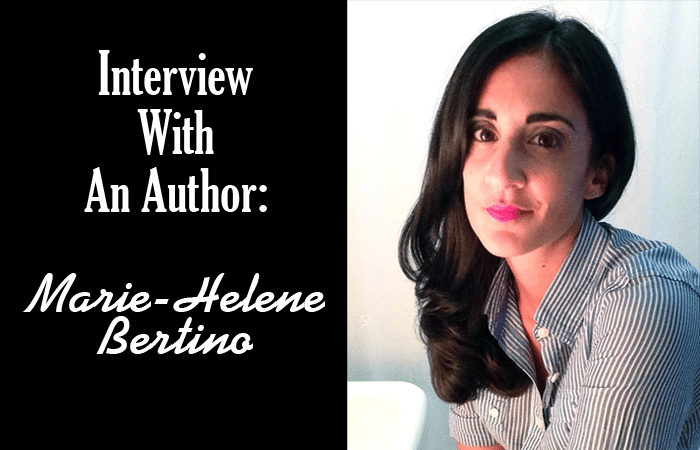 Marie-Helene Bertino‘s debut novel 2 A.M. at The Cat’s Pajamas was a Barnes & Noble Fall ’14 Discover Great New Writers pick. Her debut collection of short stories Safe as Houses received The 2012 Iowa Short Fiction Award. She hails from Philadelphia but lives in Brooklyn, where she teaches at NYU, The Sackett Street Writers, and in the low-res MFA program at IAIA (Institute of American Indian Arts).

CONTEST: Leave a comment by December 17, and you’ll be entered to win a copy of her new book, 2 A.M. at The Cat’s Pajamas! U.S. residents only. THIS JUST IN: Marie has offered to respond personally to comments, so submit your best questions now! This contest is now closed. Congratulations to our winner, Catherine W McKinney ! Thank you to all who participated!

You have said that 2 A.M. at The Cat’s Pajamas started as a poetry cycle. In what ways do you think this poetic origin is reflected in the finished product?

What a great question. While my original efforts at a poetry cycle about musicians were spirited at best, one intent that remained in the finished product many years later was my acute desire to be merciless, original, and playful on the line level. Examples include turning the word “arpeggio” and Cuban salsa terms into verbs; going into the point of view of the dog; and articulating seemingly peripheral moments that compose our lives. For instance, Sarina in the bodega passing shoppers who are all singing along to a Beach Boys’ song. There was something about everyday human existence I wanted to say. Thankfully, my editor at Crown, Alexis Washam, not only gave me free rein to take chances with phrasing but encouraged me to do so even more.

You have also mentioned that you were working as a biographer of people with severe brain injuries while you were writing 2 A.M. at The Cat’s Pajamas. How did that experience influence your shaping of the novel?

2 A.M. at The Cat’s Pajamas was well underway when I began to work as a biographer and though it didn’t have time to manifest on these particular pages, it manifested in me very much. What fueled my interest in working as a biographer was a simple desire to use my writing to help and a curiosity about the way other people live—in this case, people who are living with excessive amounts of pain. The latter has been present in me since I was a “lowercase m,” and influences everything I write. I tell my students that listening is the most important talent a writer can cultivate. Even if you are a memoirist, eventually you are going to have to write about someone other than yourself. If you’ve spent your life not listening to people, you’re not going to be able to do the important task of presenting another human being’s point of view realistically.

I think that varies by writer, necessarily. Some of my writing idols don’t even have a shadow of themselves on social media. Other writers seem to document every single thing they do. Both of these “models” work for those people, and there are several shades of gray in between (maybe, say, fifty? Just kidding). I would define my relationship with social media as a bit more ebb and flow, push and pull. I’m a private person; however, I value the opportunity to speak directly with readers and other writers. It was an enormous and pleasant surprise when readers of my collection, Safe as Houses, began to write to me. Even as a little girl dreaming about being a writer, I never even thought to hope for that kind of dialogue. As I’ve said, I am a true “people person” in that I am curious about the way other people live. Sometimes I get the kind of soul-weariness that only people who love people get, at which point I retreat with my honey, my books, and my animals to a place no social media can access. Speaking of listening to others, you also have to listen to yourself, try things out, and see what works for you.

Let me see. There’s the steady, constant “self-editor” voice that never goes away. There’s the fact that it’s still a world for squeaky wheels, and I find they often get the grease. But I deal with any and all stumbling blocks (as far as the ones associated with writing) in the same way: by paying attention only to the voice that told me I was a writer in the first place. By continuing to write with whatever the equivalent of blinders are for your ears. You can usually find me in the corner, practicing my own little weird alchemy, and this works for me. The whole reason I’ve allowed it to shape my life is because it has always been the thing for me. No matter what the question is, writing is normally my answer.

Fun! Sometimes debilitating! Necessary for being a writer! Means you’re on the right track! Wait. Which kind of rejection are we talking about? If we’re talking about the very simple, literary-magazine-says-no-through-a-self-addressed-stamped-envelope kind of rejection, that’s the easy kind. (You’re saying, But Marie-Helene, it’s horrific when that happens and makes me want to go back to bed. I understand, but I’m sorry to tell you, that is the easiest and certainly most reliable kind of rejection. Best to get used to it.) You must develop callouses and you must throw a lot of arrows at the bull’s-eye. You cannot control what editor reads your work at what stage of their day while looking for what particular kind of story—but you can control how much you send out. So, my big advice is to keep writing, keep sending out, and work on neutralizing your fear of rejections. Even as I’m writing this, I’m sure I have five rejections waiting in my inbox. That said, I did get rejected on Christmas Eve once via email, and as a former editor I cannot support the philosophy of a lit mag whose editor uses a holiday that is already very charged for people to clear out his or her inbox. I will not submit to that magazine again. All of THAT said—the harder, more complicated forms of rejection come from the people you love. Perhaps they don’t see you as being a successful writer (whatever that means to them); perhaps they think someone else is a writer who you think is full of soup; perhaps there is an aunt, parent, or sibling who thinks you being a writer is tantamount to mortal sin; perhaps your partner thinks your writing is a temporary illness he or she is hoping you’ll get over. Those are the truly difficult forms of rejection, and take much more fortitude to power through. A piece of paper in the mail from some faceless editor?! Easy peasy lemon squeezy. (Unless it’s on Christmas Eve.) 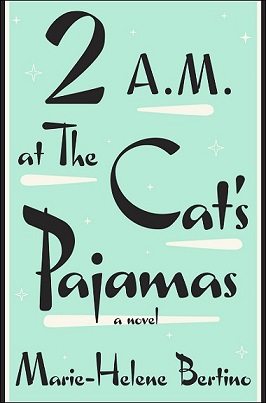 Madeleine Altimari is a smart-mouthed, nine-year-old, aspiring jazz singer. When she sings, unexpected changes occur in the lives of those around her. As she mourns the recent death of her mother and cares for her grieving, hermetic father, she doesn’t realize that on Christmas-Eve-Eve she is about to have the most important day—and night—of her life. Madeleine doggedly searches for Philadelphia’s legendary jazz club The Cat’s Pajamas, where she’s determined to make her on-stage debut. Meanwhile, her fifth grade teacher, Sarina Greene, both dreads and looks forward to a dinner party that will reunite her with an old friend. Across town at The Cat’s Pajamas, self-defeating club owner Lorca is on the verge of losing his club, his girl, and his son. Over the course of one important Christmas-Eve-Eve, the paths of these searching souls spiral around the city until they collide at a fateful hour.

2 A.M. at The Cat’s Pajamas was a Barnes & Noble Discover Great New Writers pick for Fall ’14, Flavorwire’s “50 Fabulist Books Everyone Should Read,” recommended by Oprah Magazine, People, Time Out New York, Philadelphia Magazine, and many more.

CONTEST: Leave a comment by December 17, and you’ll be entered to win a copy of her new book, 2 A.M. at The Cat’s Pajamas! U.S. residents only. THIS JUST IN: Marie has offered to respond personally to comments, so submit your best questions now! This contest is now closed. Congratulations to our winner, Catherine W McKinney ! Thank you to all who participated!

← Your December Action Plan: 5 Steps to Take NOW To Be A More Successful Writer In 2015 How To Stay Focused On Writing In A Multitasking World →