We want YOUR true story on our blog! 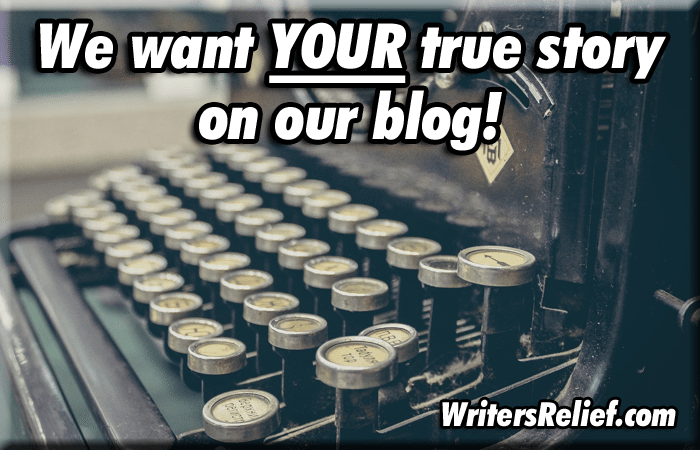 WANTED: Real Stories From Our Readers

We want to publish YOUR stories about making submissions.

> Did you get an unusual/funny/unexpected rejection?

> Did a submission that was originally turned down suddenly receive an acceptance letter?

> In your opinion, what does it take to make successful submissions?

CONTEST:  We are going to compile our favorite stories to share with our followers. Leave a comment below by September 8th, and you’ll be entered to win a copy of our acclaimed book, THE HAPPY WRITER! U.S. residents only. This contest has ended. Thank you all who participated!

← Words Of Wisdom: You’re Never Too Old To Write ProofNEEDing: A New Level Of Exclusivity →