Writing Sex Scenes: How Much Is Too Much? 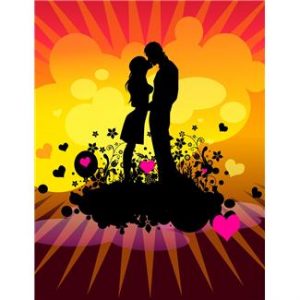 We all know that sex sells. But when it comes to writing, it can be difficult to pull off a sex scene. In certain genres (like general fiction and memoir), a writer takes a big risk by exposing nitty-gritty details. An analogy explains why:

In other words, when a love scene goes wrong, it goes really wrong. Sex scenes, especially bad ones, stand out.

In fact, awkward sex scenes—especially ones that were meant to impress—are so noticeable that there’s a Bad Sex in Fiction award given out by Literary Review.  This is one award you don’t want to win!

Decisions, decisions. Do you really need an explicit sex scene?

But for general fiction and nonerotic genre fiction, steamy sex scenes aren’t always necessary (or even recommended). Mainstream fiction and nonfiction can be hot and sexy without crossing the line into blatant erotica. The trick is to incorporate sensuality into your story in a way that 1) doesn’t offend your audience and 2) fits the overall tone of your work.

Sex Scenes: How To Avoid Overkill Or Underkill

Setting sets the mood. In a thriller, where the characters are racing the clock to save the president, a scene of prolonged sexual seduction is a little unlikely. But if the characters survive a huge tragedy, they may fall into each other’s arms, happy to be alive and anxious to reaffirm life. In a futuristic fantasy, the scene could take on an entirely new dimension!

Move it or lose it. A good sex scene moves the plot forward. There are perfectly good reasons for incorporating a sex scene into your book. If your book is about a budding romantic relationship, then a natural culmination of that relationship might be a passionate love scene. Or if a hunky hero needs to steal the combination to a safe, it’s plausible that he might use his manly charms to get the job done. But simply throwing sex scenes into an otherwise non-explicit novel because “sex sells” is selling out. It will make your book feel uneven, awkward, and contrived. 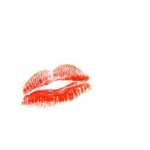 Quit while you’re ahead. Consider whether subtle seduction would be more powerful than a graphic description of the sex act itself. A heated glance across the room. A lingering touch as hands brush in the hallway. Focusing on the subtle cues of sex—rather than obviously sexual acts—may create a powerful and lasting impression on the reader. Chances are, if implication is enough to get the job done, then you’ve done enough. Any more may seem like a ploy for attention, like our friend with the lampshade on his head.

Fill in the blanks. If you’re afraid of overkill, remember that the power of suggestion can be…powerfully suggestive. Hint, imply, tease, and tempt, and you’ll find that readers will hang on your every word. Force the reader to actively use his or her imagination, and you’ll craft captivating prose without stepping into explicit erotica territory.

Go with the flow. A general rule of thumb is to be consistent: If you lean heavily on elements of physical seduction—with lots of increasingly sweaty detail—your climactic sex scene will need to follow through. If the tension between your characters builds in a more subtle way, with more emphasis on emotion than lust, then the sex scene should be subtle too.

Stay true to characterization. A nervous, flighty, fidgety woman is not likely to be languorous and smooth in bed. An artistic character may be aroused by visuals—the light on a partner’s skin, etc. Newlyweds may act differently than an old married couple. Keep characterization in mind when it comes to dialogue, language, and sexual terminology as well. And don’t forget to address the characters’ reactions afterward—sex can be loaded with emotion.

To be clear, we’re NOT saying that you should always tone down, obscure, or lessen your sex scenes. Sometimes, a book needs a sex scene…or three…or five. The key is making good choices.

It’s up to you whether your characters are going to end up, well, together. And it’s up to you how much of their togetherness you want to share with the audience. If the scene fits the theme, character, audience, and genre of your novel, go ahead, include a sex scene. Just keep it real, keep it exciting, and make your readers happy!

QUESTION: How do you balance sexy with smutty (or do you even need to)? Share your tips for generating heat without going overboard.

← Writers Market: Spotlight on Tiferet; A Journal Of Spiritual Literature Your Author Website: Five Options For Your Homepage →