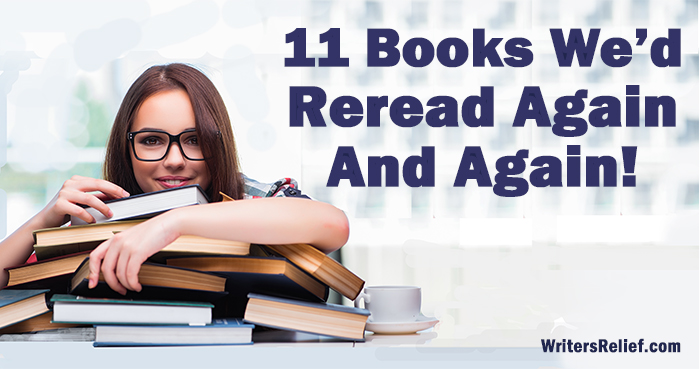 Sometimes a book will leave such an impression that we just have to reread it a second, third, and fourth time—or more! At Writer’s Relief, we love having the opportunity to revisit favorite heroes and villains and to discover details we missed the first time. Put these 11 books we’d reread again and again on your TBR list, and when you’re done, we’re sure you’ll want to reread them too! 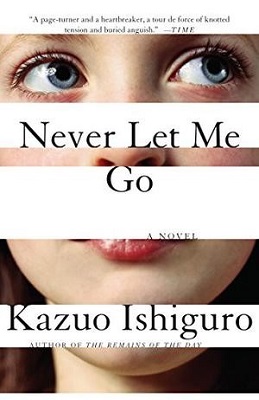 This heartbreaking dystopian novel tells the story of three school friends who are forced to grapple with the destiny that has been set for them. Yes, it sounds vague, but trust us: This is a book where you want to know as little as possible about the plot before you read it the first time. Then you’ll want to reread it to pick up all the clues you missed the first time around—and to spend time with these characters. —Dave 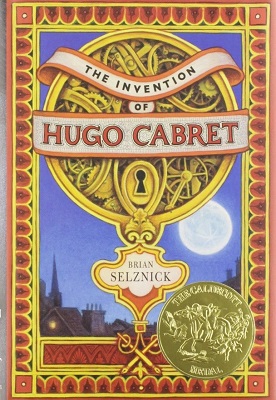 The Invention of Hugo Cabret by Brian Selznick

This historical fiction book takes place in France and follows a young boy trying to find his purpose. It’s worth rereading to appreciate the clever ways the story switches from prose to sequential art and back to prose in a really unique way. —Pat 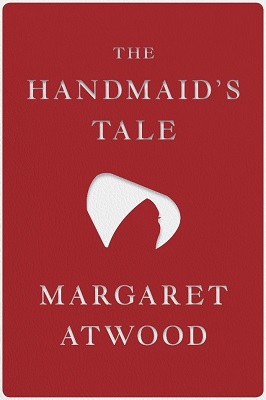 The Handmaid’s Tale by Margaret Atwood

Offred, a handmaid of the Republic of Gilead, lives in an overly religious society that values her solely in her ability to produce children. As she lives as a servant to this new world, Offred remembers her life before, with her husband and daughter—but the world she knew has ceased to exist. You’ll want to read and reread this book to fully appreciate the themes and current-day significance, as well as to admire the author’s skill at storytelling. —Christina 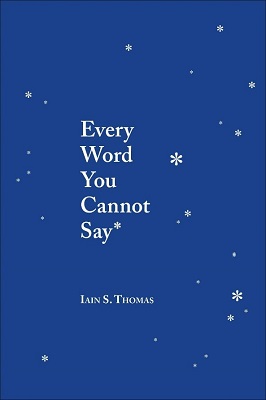 Every Word You Cannot Say by Iain S. Thomas

This book of poems explores the depth of pain and the complexities of human emotions, and attempts to put into verse the words that are difficult to speak out loud. Reading and rereading this book inspired me to start writing poetry again. —Glory 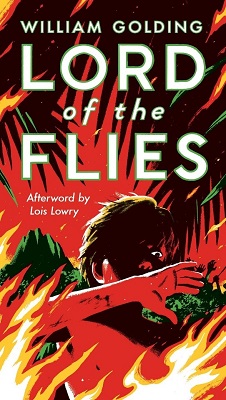 Lord of the Flies by William Golding

Lord of the Flies follows a group of schoolboys who have crash-landed on an empty island while attempting to evacuate Britain during a war. Their adventure consists of starting a fire, hunting, watching over the “littluns,” and a touch of murder. Reread Lord of the Flies, and you’ll discover its influence on horror and post-apocalyptic writers. —Kayla 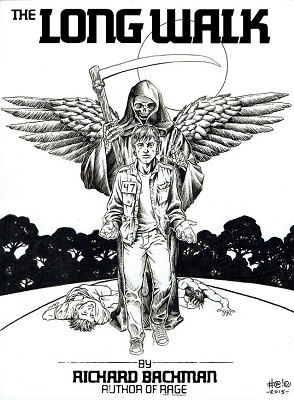 The Long Walk by Richard Bachman (aka Stephen King)

One hundred teenage boys meet for a race known as The Long Walk. They must all jog at the same pace without going faster or slower than what’s allowed. If anyone breaks the rules, the military force that is following the boys will eliminate that contestant. The boy left standing wins. In a society filled with Battle Royale-esque video games, movies, and television shows like Squid Game, this is a very apt book to reread. —David 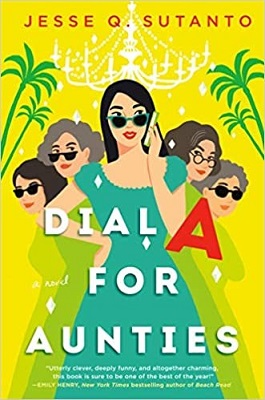 Dial A for Aunties by Jesse Q. Sutanto

This book follows Meddelin Chan and her aunts as they make preparations for their biggest wedding client yet. But an accidental death throws a wrench in their plans, and they have to figure out the perfect way to dispose of the body while simultaneously pulling off an extravagant wedding. I would love to read this again because it was something I’d never read before, and I thoroughly enjoyed it. The book was funny and heartfelt with a side of murder that provided a roller-coaster ride. —Tiffany 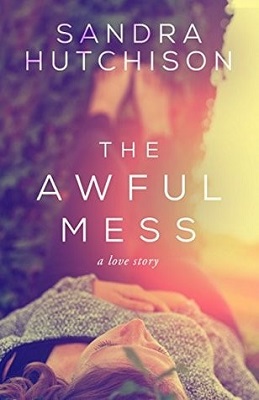 The Awful Mess by Sandra Hutchison

Following her divorce, book editor Mary Bellamy moves from the Boston area to the small town of Lawson, New Hampshire, for a change of scenery. Hoping to regroup in a peaceful, quiet, romance-free environment, all she wants is a little house with good light—and a ginger cat to share it with. Mary gets the house and the feline roommate, but her desire to steer clear of romantic involvement is a little harder to come by. She attracts the attentions of two men (one married) and must navigate those situations while also dealing with the loss of her job and confrontations with her ex-husband—all under the scrutiny of her nosy new neighbors. When I finish a book and the characters have become my friends, I will definitely read it again! I’ve read this book several times—and I’m sure I’ll read it again! (Bonus: there are two subsequent books in the series so far!) —Jill 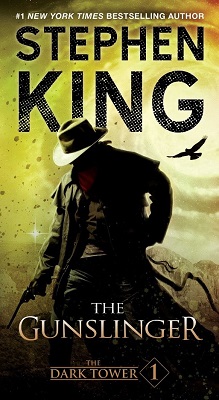 The Gunslinger by Stephen King

As a genre-defying work, The Gunslinger introduces us to King’s magnum opus: The Dark Tower Saga. Taking place in a horrifying and eerily familiar Old West style world, the titular character pursues The Man in Black across a harsh desert and beyond in this post-destiny universe. The journey is action-packed and, on occasion, rife with King’s brand of horror.

I would reread The Gunslinger because it introduced me to two things I have enjoyed immensely ever since my first reading: genre blending/bending and “pigeonholed” writers stepping outside of their prescribed wheelhouse. King offers grand worldbuilding in his own way, generates language and alternate history, and merges his horror brand in a magical and seamless way with the dark western genre. This book, and the entire series that follows it, taught me to appreciate the function of fantasy within other genres of writing! —Nathan 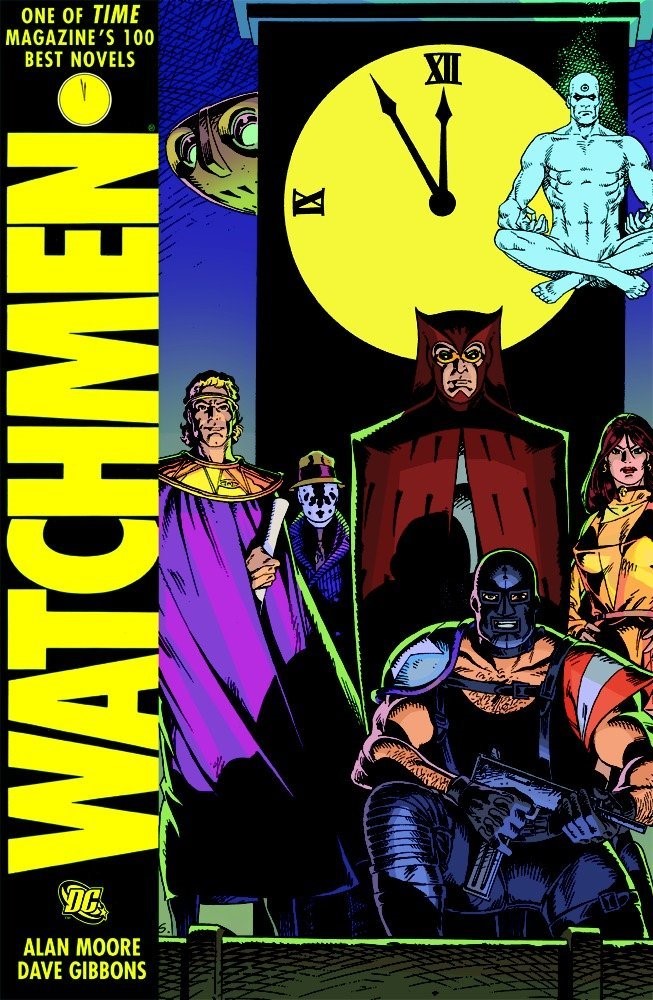 An assassin appears to be gunning for members of a retired group of former masked vigilantes, but when superpowers are violently removed from the world stage, it sets in motion a whole new set of problems directly tied to the governments of the rest of the world. A deconstruction of the entire superhero genre, Watchmen is an absolute must reread because there is so much information—written, visual, and mental—packed in every single panel and page. I’ve read it twenty-five times and reread it every October (the story takes place between Oct. 12 and Nov. 1). This book helped force both the genre and the comics/graphic novel medium to grow up and be taken seriously on the level of literature. —William 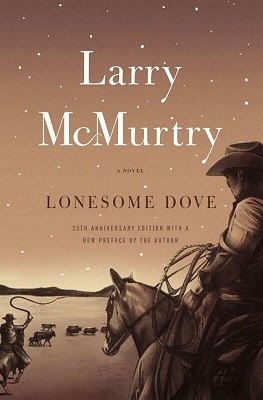 Lonesome Dove is the story of a pair of retired Texas Rangers who decide to drive a herd of cattle north to set up a ranch in Montana. Their trek takes them through dangerous Native American territory that’s still plagued by the bandits from their ranger days, and snapping at their heels are the agents of vengeance and retribution from a messy past. Over the length of the cattle drive, the members of the company lose friends, their innocence, and some even lose their lives, but the dream of the pristine prairies north of the Yellowstone River keeps them persevering forward. I want to reread Lonesome Dove because it’s such a strangely melancholy epic. At nearly 850 pages, the book is a long read, and for most of it, both the readers and the characters know the chances of a happy ending are slim. I find the perseverance in the face of adversity inspiring and the peaceful acceptance of impossible odds comforting, especially in a time of global upheaval. —Daniel

Question: What book do you want to reread?