How To Avoid Passive Voice In Your Writing | Writer’s Relief 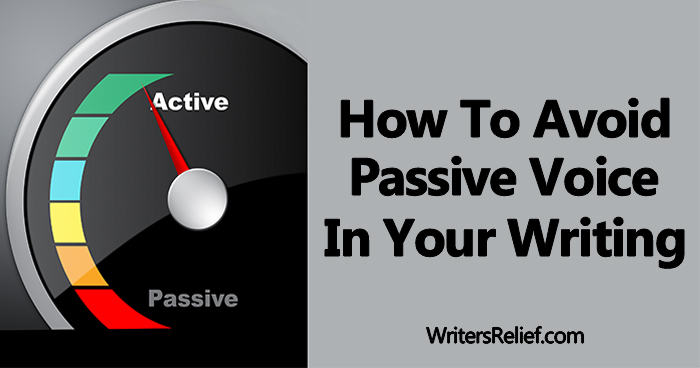 Writers are often warned not to use passive voice and that active voice is better and preferred by readers. But what exactly is passive voice? (Hint: It has nothing to do with verb tense!) At Writer’s Relief, we know the best way to avoid grammar mistakes is to have all the facts. Here’s how to avoid using passive voice in your writing and sentence construction.

In passive voice, the subject of your sentence is being acted upon by the verb, rather than doing the action. The sentence’s subject becomes the receiver of the action.

Here’s an example of passive voice: The ball was caught by Shannon.

With the active voice, your character is the subject and is front and center, catching the ball. Shannon saved the day and the team won the big game! But when you use passive voice, the urgency and immediacy are removed. There was a ball, and, oh yeah, Shannon caught it. Yawn.

Passive voice isn’t necessarily wrong—it’s just less concise and direct. From a purely technical standpoint, passive voice usually requires using more words than active voice, so your story will feel longer. And too many wordy, passive sentences might make your writing difficult for readers to follow.

When To Use Passive Voice

Active voice is overwhelmingly preferred by readers—it’s easier to understand and makes them more invested in your character’s journey. However, every once in a while, you’ll want to use passive voice if the receiver of the action is inherently “more important” than the doer of the action.

Here’s an example: The Queen Mother was taken by an unknown kidnapper.

Using passive voice in this sentence ensures the reader gets the most important information first. Oh no! The Queen Mother! She’s more important than some lowlife kidnapper!

To avoid using passive voice, except when it truly benefits the story, it’s important to know the grammatical mechanics behind active and passive voices. By rewording your sentences to ensure the subject is performing the action and watching which verbs you use, you’ll be able to make your story more appealing to readers—and more likely to get an acceptance!

Question: Do you write more in active or passive voice?