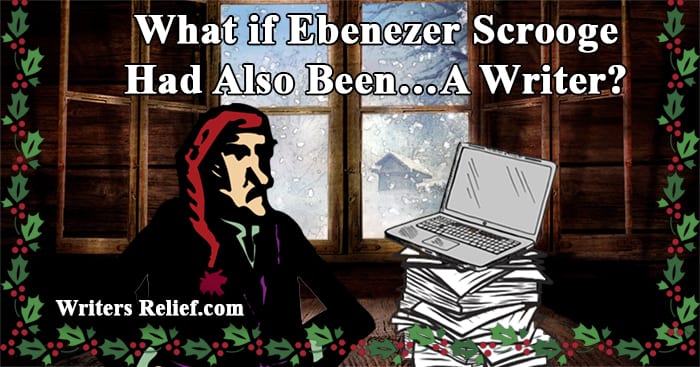 Happy Holidays! Welcome to the Writer’s Relief adaptation of the timeless classic, A Christmas Carol!

One December evening, Ebenezer Scrooge looked up from polishing his extensive coin collection and briefly mulled over whether he should try to publish his latest essay entitled “Humbug: Complain And Grow Rich.”

Shaking his head, he turned back to his coins.

(OK, yes, Charles Dickens is probably spinning in his grave over the liberties we’re taking with his story, but let’s continue…)

Suddenly, the spirit of his former writing partner materialized within the locked room:

“Ebenezer! It’s me, Marley! In life I forged the chains of regret when I did not make every effort to get my writing published. Learn from me! Tonight, you will be visited by three ghosts. Expect the first ghost before the bell tolls one!”

Bah, thought Scrooge. And he went to bed.

In Flew The Ghost Of Writing Submissions Past!

Scrooge was haunted by memories of all the rejected submissions he had made. Rejection letters danced around his head like sugarplums (oh, wait—different story). He watched himself grow weary of rejections—until that fateful moment when he resolved to give up making submissions entirely.

But now Scrooge considered: Was giving up really the choice he wanted to live with?

There was a sudden bright light and… 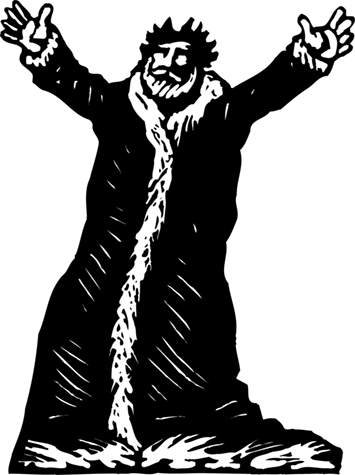 Next Entered The Ghost Of Writing Submissions Present!

Scrooge saw himself at his desk earlier that same day, working hard at being a miser and working hard on his writing. But now he also saw the looming shadows of the opportunities he was missing by not making regularly scheduled, targeted submissions. Each represented an editor he didn’t reach out to, or an agent he didn’t write to—and there were many. Yet there sat Ebenezer, too tired and too busy to even notice the publishing opportunities that were right in front of him.

Watching the scene, Scrooge wondered if there was more he could be doing to reach his writing goals.

As the hour grew later… 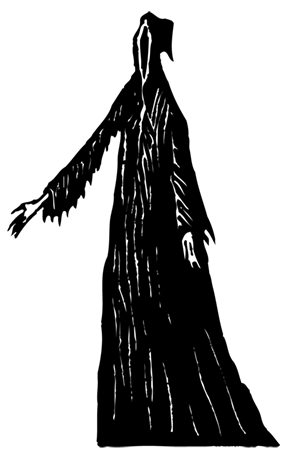 A Bolt Of Lightning Revealed The Ghost of Writing Submissions Yet To Be!

By the time the third ghost arrived, all dark-shrouded and bony-fingered, Scrooge knew he couldn’t let rejection letters hold him back anymore. Because the third ghost showed Scrooge a vision of himself ten years in the future—and nothing was different. Nothing.

And now Ebenezer Scrooge was determined to change the writer he had been…to become the best possible writer he was meant to be…and to get published.

What he needed was help: help making submissions; help getting published and changing his future.

But where would he find such help?

Then the ghost of Submissions Yet To Be (who is actually much chattier in our version here) gave Scrooge this final message.

“Ahem! Writer’s Relief can help you make BETTER submissions to literary agents and editors. But you have to make the first move no later than Thursday, December 20.”

We’d like to interrupt our story to mention that if our Review Board determines your writing makes you a good fit for our submission assistance program, we’ll send you an invitation to join our selective client list. We help book authors connect with literary agents, and poets and short prose authors connect with editors of literary magazines.

Since 1994, our clients have received 18,000+ acceptances! In 2017 alone, Writer’s Relief clients earned 73 individual Pushcart Prize nominations. And so far in 2018, our writers have received over 915 acceptance letters from 237 different literary magazines and literary agents (and the year isn’t over yet!).

OK back to the story…

When Scrooge awoke, he discovered he hadn’t missed his chance! There was still time—but not much. So that very day he sent his submission to the Writer’s Relief Review Board. And he was accepted!

Soon his submission strategy improved—and his mood and outlook did too. Scrooge discovered that letting Writer’s Relief handle the busywork of making submissions allowed him to spend more time infusing his writing with joy, hope, and new energy—which led to more acceptance letters and a less grumpy attitude.

With so many good things happening in his writing life, Ebenezer Scrooge found himself wanting to spread goodwill and cheer. And little by little, he became the good person he was always meant to be.

Don’t wait for a bunch of holiday ghosts to come flying through your window. If your goal is to be published in 2019, check out our submission guidelines and send your work in today…before you dot another “i”!

DEADLINE: Thursday, December 20 at the stroke of midnight!

2 Responses to What if Ebenezer Scrooge Had Also Been…A Writer? | Writer’s Relief