by Writer's Relief Staff | Sep 27, 2017 | Interview With An Author, Other Helpful Information | 1 comment 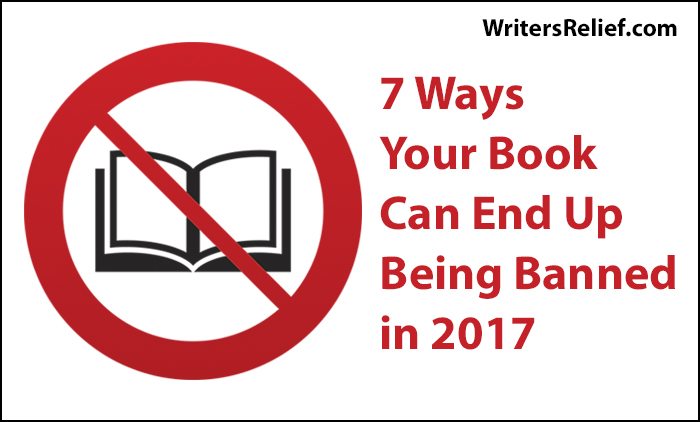 Once upon a time, book banning (and book burning!) involved books that were considered too dangerous for children or adults. But these days, books that are banned tend to be those written for young adult and child readers—not for adults.

What makes discussions of banned books interesting is that the dialogue is, essentially, a conversation about what we’re most afraid of—and what older generations fear for younger generations.

LGTBQ characters (especially young adults or kids). Books like I Am Jazz (geared toward elementary age children) that feature transgender main characters tend to spark conversation—and argument. Also, young adult novels that feature same-sex romances (explicitly or not) will make the “do not read” list among certain groups of parents and adults.

Drugs. Some adults don’t like to see depictions of kids doing drugs under any circumstances. Case in point: the frequent banning of This One Summer by Mariko Tamaki and illustrated by Jillian Tamaki. That said, books that work as morality tales against drug use (the users fail, the abstainers win) might be deemed more acceptable by book banners.

Expletives. Rainbow Rowell’s Eleanor & Park features a few curse words—and for that reason, some schools and parent organizations have suggested steering young readers away from this story. Their argument uses the rationale behind movie rating guidelines: If a Disney princess dropped the F-bomb, would the movie be fit for children? Your call.

Racist language. Racial slurs catch the eyes (and wrath) of many groups. Sure, a writer might argue that the language is an authentic representation of the way some people speak in real life. But there are readers who prefer aspirational language, or language that hints at racial issues, instead of language verisimilitude. In fact, To Kill a Mockingbird by Harper Lee was banned in one state as recently as last year because of the racist slurs used in the story.

Explicit sexual situations (and even some non-explicit ones). If there’s one major element that could get your book banned, it’s narrative depictions of sex. Book after book is banned for descriptions of sexual encounters of various kinds. There are so many books banned for sexual content, we can’t list them all here. Take a look at any list of banned books, and you’ll find somebody complaining about graphic sex.

Books written by potential criminals. Bill Cosby’s children’s book series has been banned outright or simply not included in the circulation at some schools and libraries.

What About Violence? Surprisingly, books geared toward children that are somewhat violent rarely appear on lists of banned books.

Question: Do you think that books containing content inappropriate for a certain age group should be banned from public circulation at schools and libraries?