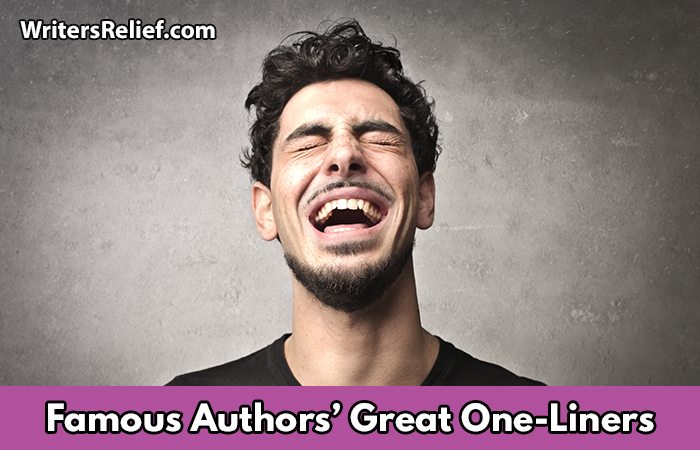 National Tell a Joke Day is here once again (we wouldn’t kid you!), and we’re celebrating here at Writer’s Relief by putting together a list of classic one-liners attributed to well-known authors. They’re not all jokes about writing, but they’ll still put a smile on your face!

“Laugh and the world laughs with you; snore and you sleep alone.”
—Anthony Burgess, writer and composer (1917–1998)

“The first thing I do in the morning is brush my teeth and sharpen my tongue.”
—Dorothy Parker, poet and satirist (1893–1967)

“The dubious privilege of a freelance writer is he’s given the freedom to starve anywhere.”
—S. J. Perelman, humorist and screenwriter (1904–1979)

“The trouble with having an open mind, of course, is that people will insist on coming along and trying to put things in it.”
—Terry Pratchett, novelist and humorist (1948–2015)

“If you cannot get rid of the family skeleton, you may as well make it dance.”
—George Bernard Shaw, playwright and critic (1856–1950)

“Fashion is a form of ugliness so intolerable that we have to alter it every six months.”
—Oscar Wilde, poet and playwright (1854–1900)

“Memories are like mulligatawny soup in a cheap restaurant. It is best not to stir them.”
—P. G. Wodehouse, writer and humorist (1881–1975)

QUESTION: Tell us your favorite writer’s funniest one-liner in the comments