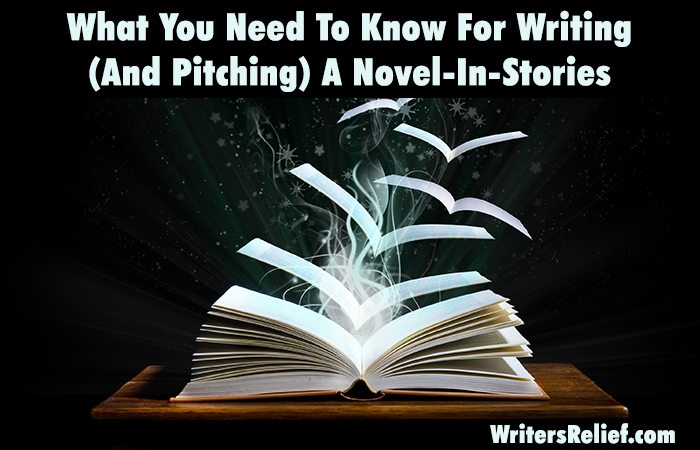 The novel-in-stories is a mysterious and little understood book genre that can be very powerful in the right hands. If you’ve written a collection of short stories and are thinking you might like to pitch it to publishers or literary agents as a “novel-in-stories,” the first thing to do is to pinpoint your book’s true genre.

Q. What is a novel-in-stories?

However the individual stories are linked, the end of the book leaves the reader feeling as if he/she has read a whole, singular, cohesive story.

Q. How is a novel-in-stories different than a collection of short stories?

So, if short story collections can feature related stories, how is a collection different than a novel-in-stories? In other words, just how connected do stories need to be in order to be considered a novel-in-stories? While a short story collection might be organized loosely around certain themes, characters, and ideas, and might have no overarching narrative, a “true” novel-in-stories usually has a broad arc that traces the progression of some kind of change. This arc might trace the changes taking place within a given character over time. Or it might show how a neighborhood changes as the lives of its residents change. Or it might trace the way a family changes when affected by circumstance.

Scholars debate the definitions of short story cycles, composite novels, and novels-in-stories. For book marketing purposes, the reason for attaching a novel-in-stories designation to a query letter is to indicate that the book offers some of the unified, large-scale plot design of a novel—but does so using stories.

The Women of Brewster Place by Gloria Naylor

The Red Garden by Alice Hoffman

The Girls’ Guide to Hunting and Fishing by Melissa Bank

13 Ways of Looking at a Fat Girl by Mona Awad

Q. Is There An Advantage To Calling A Book “A Novel-In-Stories”?

For that reason, some literary agents are a little skittish about short story collections. But they may be slightly more comfortable with the idea of representing a debut novel that just happens to be organized as a series of episodes (or stories).

If your book really is a traditional short story collection, don’t force the “novel-in-stories” designation. Readers will feel misled. But if your book feels like a novel that happens to be organized into stories, then you might benefit from pitching it that way.

Tips For Writing A Query Letter For A Novel-In-Stories

One of the best things you can do to convince a literary agent or publisher to take a chance on your novel-in-stories is to publish excerpts from the book and then brag about it in your query letter’s author bio. Learn more about how to get book excerpts published in literary journals.

When it comes to summarizing a novel-in-stories, writers have their work cut out for them. You may want to give your book blurb the emotional sensibility of a novel—show that there’s some kind of overarching narrative thread exploring a conflict/change. Make a case for the “novel” aspect of your novel-in-stories.

Here’s where you can learn more about writing a query for a traditional short story collection.

QUESTION: Do you have a favorite novel-in-stories? Tell us in the comment section!

← Which Types Of Audio Books Are Most Popular? | Writer's Relief ProofNEEDing: Paying the price →