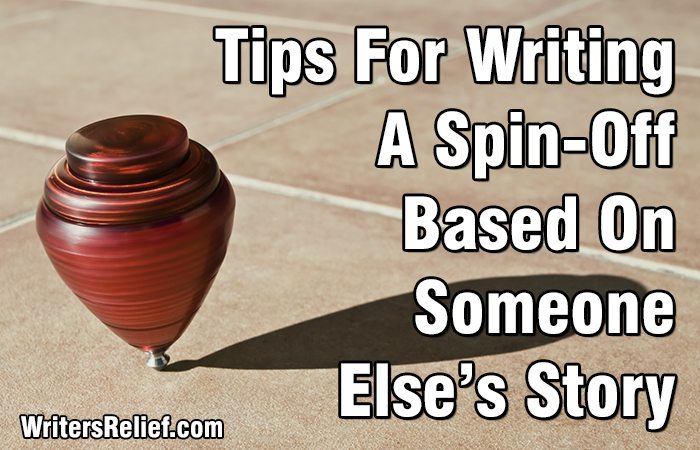 New Books That Are Based On Classic Stories

Alice in Zombieland by Gena Showalter

Queen of Hearts by Colleen Oakes

Classic books that have been wildly rethought—courtesy of the zombie book trend that just will not die:

The Adventures of Huckleberry Finn and Zombie Jim by W. Bill Czolgosz

The Undead World of Oz: L. Frank Baum’s The Wonderful Wizard of Oz Complete with Zombies and Monsters by Ryan C. Thomas

I Am Scrooge: A Zombie Story for Christmas by Adam Roberts

If you’re thinking about writing a book based on a familiar story, here are a few FAQs about how to write (and publish) a spin-off:

How do I know if it’s legal to write a spin-off using someone else’s characters and story ideas?

Fairy tales and other stories that have come down through the centuries are generally not considered to be “owned” by any given person. So if you’re writing a story based on the classic story of “Jack and the Beanstalk,” you should be in the clear—as long as your version doesn’t look too much like anyone else’s version based on the same tale.

As for riffing on an existing literary text (like Madame Bovary or the Harry Potter books), it’s important to know a little bit about copyright law. Normally, writers can’t legally put their spin on a book until it has become part of the public domain, which means that the original author’s intellectual property rights have expired. Books that were published before 1922 are automatically considered part of the public domain, unless there are specific circumstances that have kept copyright protections in place.

Books published after 1922 are protected by modern copyright law. That means stealing characters and storylines is a no-no. That said, at some point, most texts do revert to the public domain (usually seventy years after the author dies, unless the copyright is renewed by the author’s estate). Here’s a detailed description of how to determine if a book is in the public domain.

If you’re writing a book based on the well-known story of a real person, tread carefully. Generally, the law states that it’s impossible to libel the dead. If your character is based on a person who lived three hundred years ago and was a well-known public figure, you’re probably in the green zone and can forge ahead. If your character is still alive, you could risk a lawsuit. And if that person died a few decades ago, but is survived by heirs, the heirs could be entitled to sue for defamation if you’re not careful. Learn more about libel and defamation.

What mistakes do authors make when writing a book based on another story?

The most common mistakes writers make when writing a story based on another story are:

What’s the best angle for retelling a familiar book?

The angle you take when retelling an old story depends on your goals and interests. Here are a few ideas:

What are your best tips for finding a literary agent and publisher for a book that’s based on a previous book or tale?

Literary agents, publishers, and readers love a story that’s both familiar and new at the same time, so books that are based on other stories can be big sellers. In your query letter, offer a passing nod to the source material, then be sure to focus on your version of the story. If the original work is familiar to audiences, you don’t have to spell out every point of comparison.

Do you have another question about this topic? Post it for us in our comments section, and we’ll reply!

← ProofNEEDing: Your next word is... NaNoEdMo: The Best Way To Become A Better Editor →