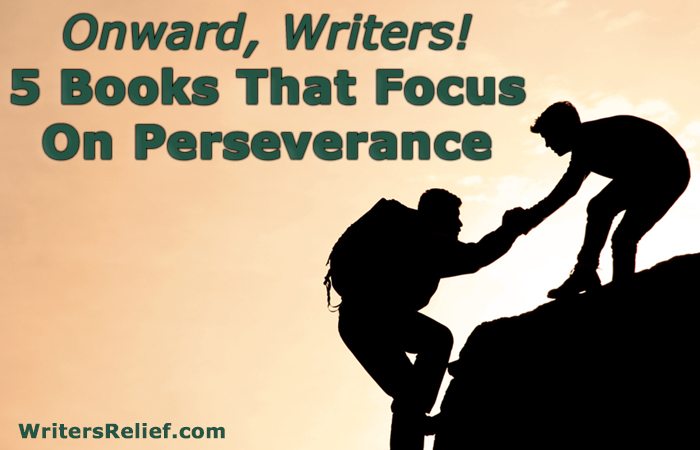 As we celebrate our country’s independence, it’s a good time to reflect on how important “perseverance” was to the men and women who helped our nation become free. Here are stories that focus on perseverance and the triumph of the underdog: some are based on real-life events, others are fiction—all are great reads for this long holiday weekend!

5 Books About Perseverance To Inspire Writers

Unbroken: A World War II Story of Survival, Resilience, and Redemption by Laura Hillenbrand. Unbroken tells the incredible true story of Louis Zamperini, an Olympic distance runner turned Army Air Force bomber turned Japanese prisoner of war. If Zamperini’s story were fiction, you probably wouldn’t believe it really happened—but his incredible, death-defying journey is all true. Obstacle after obstacle falls into Zamperini’s path: being lost at sea, captured by enemies, tortured by a wanted war criminal, and then facing PTSD. But somehow, Zamperini finds a way to keep on living in every sense of the word. If you want to know what the human spirit is capable of, hold on tight and pick up this inspiring read. 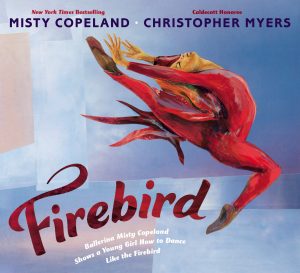 Firebird: Ballerina Misty Copeland Shows a Young Girl How to Dance Like the Firebird by Misty Copeland and Christopher Myers. When Misty was a girl, she was well aware of all the reasons she would “never” be a prima ballerina: she started too late (as an adolescent!), she had the wrong body type, and she was black. At the time there were no black ballerina principal dancers in any major classical ballet company in the whole world. But Misty persevered and broke barriers to become an American Ballet Theater principal ballerina in 2015. If you’ve ever been told “you can’t do that,” this book is for you! 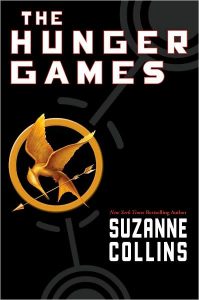 The Hunger Games series, by Suzanne Collins. Katniss Everdeen saves her sister’s life by taking her place in a murderous competition. But that’s only the beginning of Katniss’s perseverance: soon, she finds herself becoming a role model and firebrand for an entire nation, leading an uprising against a corrupt government in Panem (North America). But it’s not a role she immediately embraces. If you’ve ever been intimidated by a task before you, cozy up with Katniss and see how the day can be won. 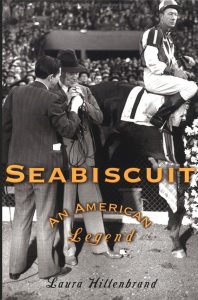 Seabiscuit: An American Legend, by Laura Hillenbrand. Yes, another Laura Hillenbrand book graces our list, and for good reason. This isn’t a story about a billion-dollar horse everyone expected to win big; Seabiscuit was known as the “crooked-legged racehorse with the sad tail.” But he went on to become Triple Crown winner and a household name thanks to the determination and canny instincts of his dedicated trainers. If you’ve ever felt as if you don’t have a chance, the pages of this book will fly through your fingers with serious horsepower. 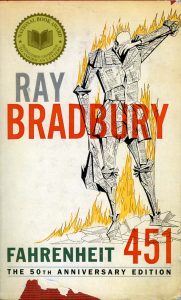 Fahrenheit 451 by Ray Bradbury. Montag is a “fireman,” tasked with burning books in a dystopic American future where technology numbs human emotions and dulls thought. But Montag’s sense that something’s wrong with life leads him to become curious about the very books (and lives) he’s destroying. Soon, he’s on the wrong side of the law.  But his perseverance ultimately saves him, and he connects with other rebel bibliophiles who have memorized books for the day when the world is ready for them again. If you feel like the only book lover left in the world, this book will reignite your optimism.

QUESTION: What books would you add to our list? Leave your thoughts in our comments section!