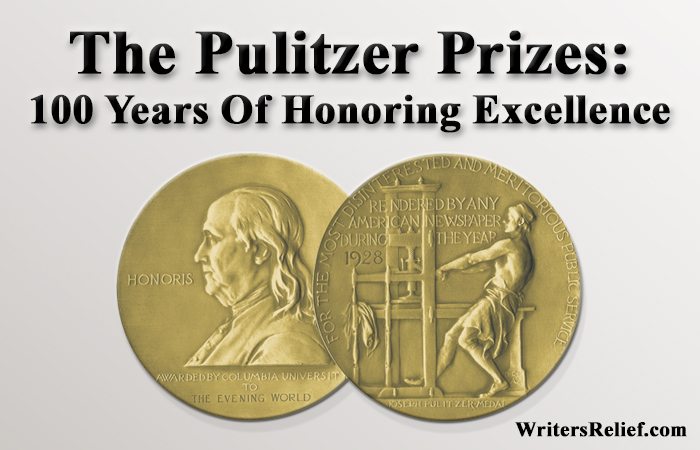 This year marks the 100th awarding of the Pulitzer Prizes—the first Pulitzers were presented on June 4, 1917. Hungarian-born American journalist and newspaper publisher Joseph Pulitzer made provision in his will for the founding of a journalism school at Columbia University in New York City. Part of the bequest was earmarked to establish the now-coveted prizes as an incentive to excel in journalism, letters and drama, and education. At the time, the Letters category included: American novel, original American play performed in New York, book on the history of the United States, American biography, and history of public service by the press.

Today, the Pulitzers are considered the highest national honor in the United States for print journalism, literary achievements, and musical composition. They are administered by Columbia, and winners are chosen from the judges’ nominations by an independent board.

Eligibility and criteria for selection

Only books first published in the United States during the prior year may be entered, and all entries must be available for purchase by the general public in either hardcover or paperback form. In the Fiction, Biography, and General Nonfiction categories, authors must be United States citizens. In the Poetry category, the award is for original verse by an American author.

Notable winners in fiction and poetry

This year’s winner of the Pulitzer Prize for Fiction was Viet Thanh Nguyen for his novel The Sympathizer. Among the many authors who’ve received the fiction award are Edith Wharton, Pearl S. Buck, John Steinbeck, Ernest Hemingway, Harper Lee, Alice Walker, Toni Morrison, Oscar Hijuelos, Philip Roth, Jhumpa Lahiri, and Donna Tartt. Booth Tarkington, William Faulkner, and John Updike each won the award twice. Sinclair Lewis won the Pulitzer Prize for Fiction in 1926 for his novel Arrowsmith; he refused the award, stating that instead of rewarding inherently excellent work, all prizes reward writing that “tickle[s] the prejudices of a haphazard committee.”

The Pulitzer Prize for Poetry was first awarded in 1918, funded by a grant from The Poetry Society. It became an official Pulitzer category in 1922. Among the poets who have been honored with this award are Sara Teasdale, Karl Shapiro, W. H. Auden, Gwendolyn Brooks (the first African-American writer to win a Pulitzer), William Carlos Williams, Sylvia Plath, Yusef Komunyakaa, Ted Kooser, Vijay Seshadri, Tracy K. Smith, and this year’s winner, Peter Balakian for his collection Ozone Journal.

As the competition among journalists to write award-winning stories becomes more fierce, there have been a few rare instances where the Pulitzer was awarded to someone who didn’t truly deserve the Prize. One well-known example is Janet Cooke, an American journalist who was awarded a Pulitzer in 1981 for an article written for The Washington Post. She later admitted the story was fabricated and returned her award.

Why not celebrate 100 years of Pulitzer by reading some of the excellent work they’re honored? Let us know in the comments whose work is your favorite.

← 5 Elements That Will Muck Up The Chances Of Publishing Your Short Story Which Famous Writer’s Personality Matches Yours? Take The Quiz →