What Is Women’s Fiction? 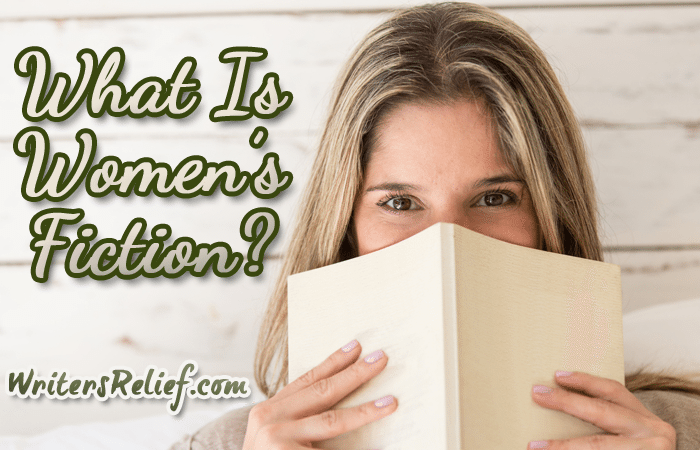 “Women’s fiction” is a publishing industry term that’s rarely used by readers but is useful to writers, booksellers, and publishers. There’s just one problem: Few people agree upon what women’s fiction actually is. While romances, mysteries, and sci-fi novels often have pretty clear characteristics, women’s fiction is so wide, the parameters are difficult to define. Take a look at these “frequently asked questions” about women’s fiction to see if your writing qualifies:

What are the key characteristics of a women’s fiction novel?

Women’s fiction embraces themes that revolve around the home, family, and community. Often, women’s fiction asks that characters overcome staggering real-life challenges—divorce, cancer, job loss, betrayal, etc. For that reason, this Salon.com writer was prompted to ask if women’s fiction is simply “all misery and martinis.”

Is women’s fiction the same thing as romance?

Most often, people outside of the publishing industry hear the term “women’s fiction” and think that means romance novels. But, while romances focus on romantic relationships that have happy endings, women’s fiction typically explores broader themes. Some women’s fiction novels do have central romantic storylines with happy endings, but those romantic plotlines are often counterbalanced by other concerns as well.

Is women’s fiction the same as chick lit?

Chick lit refers to a light, often comic genre focusing on young women working out problems of life and love, often in urban environments, with an emphasis on consumer culture. Think, Sex in the City. Women’s fiction is usually more serious in tone.

Must women’s fiction have a happy ending?

Not necessarily. Women’s fiction author Lisa Verge Higgins has described a typical women’s fiction ending as being “satisfying, realistic, and life-affirming,” as opposed to “happy.”

Does women’s fiction have to be written by women?

Not at all! Many people feel Nicholas Sparks is a quintessential women’s fiction writer.

Does women’s fiction have to focus on the life of a heroine?

You may be surprised to learn that a male character can be the focus of a women’s fiction novel. The key is whether or not the male character faces issues of modern life that follow core themes of women’s fiction: home, family, interpersonal relationships, parenting, etc. Another factor to consider is whether or not the story appeals to a female audience.

Who is the target audience for women’s fiction?

Women’s fiction is for women. Usually, the audience is women who are no longer in their twenties.

Can women’s fiction have elements of other genres in it?

Yes! Women’s fiction stories might also feature some mystery, some romance, even some edge-of-your-seat thrills. Historical novels and magical realism novels might also be considered within the women’s fiction realm, provided the themes are consistent with the genre. Women’s fiction can take on literary, mainstream, or commercial sensibilities.

Who are some examples of women’s fiction writers?

Should You Categorize Your Novel As Women’s Fiction If Pitching To A Literary Agent?

If you’re not sure whether or not your book falls neatly into the category of women’s fiction, you have two options. First, do more research on book genres by following these guidelines. If you’re still confused about your genre, don’t include that information in the first line of your query—leave it up to the literary agent to decide.

QUESTION: Help us build a better article! List the women’s fiction authors you know in our comments section for others to see.