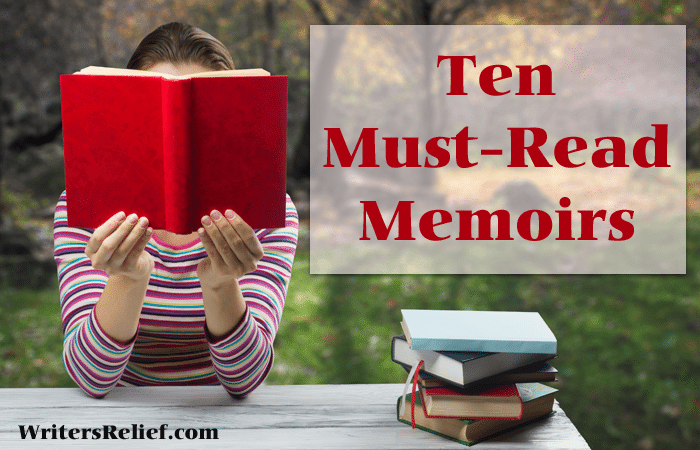 November is National Memoir Month! While many writers are currently participating in NaNoWriMo, some are jogging their memories for personal recollections and old family stories to inspire their memoirs. If you’re thinking about writing “the story of you”—or you’re just looking for a great read—here are some of our favorite memoirs to help you get started: 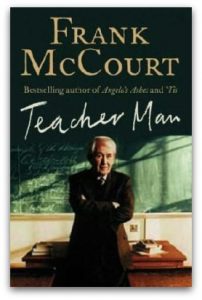 Frank McCourt’s career kicked off at the ripe age of sixty-six, when his memoir Angela’s Ashes was published. A Pulitzer Prize and international recognition followed. But, prior to his writing career, McCourt was a teacher for three decades. Teacher Man recounts his experiences as a teacher and reveals how McCourt found his voice as a writer. 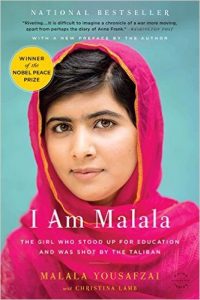 2. I Am Malala by Malala Yousafzai and Christina Lamb

At the age of fifteen, Malala was shot in the head by a member of the Taliban. In her town in Pakistan, the Taliban had banned girls from going to school. Malala spoke out for the education of girls, telling the world through interviews about her experiences living under Taliban rule. Because she was well-known for being a strong advocate for girls’ education in her country, the Taliban targeted her. Malala survived and became the youngest recipient of the Nobel Peace prize.

3. The Color of Water, by James McBride. The daughter of an Orthodox Jewish rabbi, Rachel Shilsky married an African-American minister. Twice widowed, she struggled to ensure a secure future for her children despite racial tensions. The author, James McBride, was one of her eleven children. He won a scholarship to Oberlin College and built a successful career as a journalist, author, and musical composer. The title of the book reflects their struggle with racism from all sides: tension from whites, blacks, and Jews. 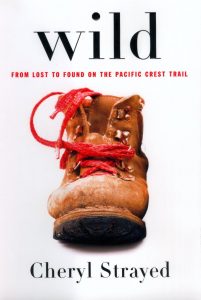 Cheryl’s life spiraled out of control after her divorce and the death of her mother. With no knowledge of or experience with backpacking, she loaded a seventy-pound pack and hit the Pacific Crest Trail, hoping to rediscover herself. She hiked 1,100 trails—alone. The book was a 2012 New York Times best seller and was adapted into an Oscar-nominated movie in 2014.

After Susanna Kaysen downed fifty aspirin in an attempted suicide, she was sent to McLean Psychiatric Hospital near Boston. In the late 1960s, the list of elite patients at McLean made it an Ivy League institution in its own way—once featuring Sylvia Plath and Ray Charles. Surrounded by patients who wrapped everything in toilet paper or who obsessed over chicken, Kaysen explores the meaning of madness—and how she was defined by it.

6. Bringing Up Bébé, by Pamela Druckerman

What’s the difference between French and American parenting? Former Wall Street Journal reporter Druckerman asked herself the same question after she moved to Paris and raised three toddlers there. She found that French parents seemed to sip coffee wayside at schoolyards while their children played. In contrast, American parents stood within arm’s length, ready to intervene in shoves, kicks, and falls. French children seemed to obediently eat all the veggies on their plates, while American children seemed to turn their noses up at turnips.

7. Between a Rock and a Hard Place, by Aron Ralston

When an 800-pound boulder pinned his hand to a Utah canyon wall, Ralston was trapped for six days. He hadn’t told anyone where he was going, and faced a lingering death—if a flash flood didn’t kill him first. His determination to get back home to his loved ones, and the act of bravery that finally set him free, make this an incredible story of survival.

8. Julie & Julia: My Year of Cooking Dangerously, by Julie Powell

Julie worked for a corporation heading the redevelopment of the World Trade Center site in New York City. To deal with the emotional impact of her work, she decided to cook all 524 recipes in Julia Child’s Mastering the Art of French Cooking in just 365 days. A film adaptation was released in 2009. 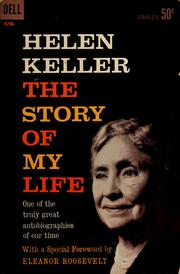 After Keller contracted a debilitating fever as a toddler, she lost her sight and hearing. By the time she was seven years old, Helen was unruly, uncontrollable, and destined to be confined in a mental ward. Desperate, her parents relentlessly searched for someone to break the communication barrier between Helen and the world. That person: new graduate of the Perkins Institute for the Blind in Boston, Anne Sullivan. 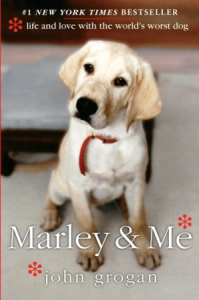 When John and Jenny brought home a yellow lab puppy to start their lives together—they were in for a wilder-than-expected ride. The 97-pound dog broke through drywall and ate nearly everything in sight—including jewelry and their couches. He failed obedience school; a vet even recommended using tranquilizers to subdue him. Despite his wild side, Marley grew into a part of the family and served as a faithful companion through troubling times.

QUESTION: What is your favorite memoir?