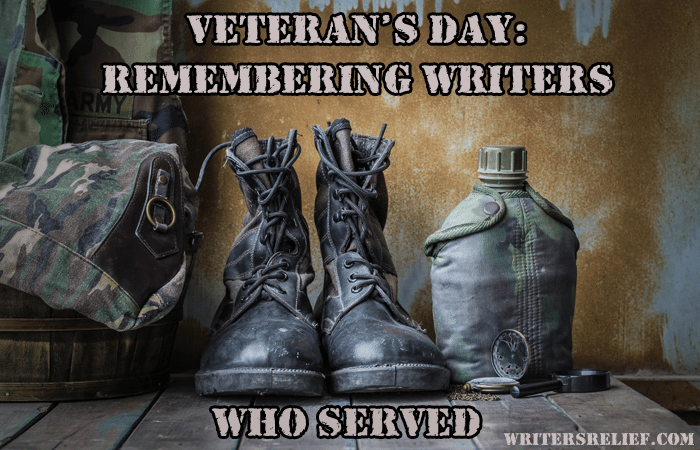 “But this too is true: stories can save us… The thing about a story is that you dream it as you tell it, hoping that others might then dream along with you, and in this way memory and imagination and language combine to make spirits in the head.”—Tim O’Brien, The Things They Carried

Veterans Day is the perfect time to recognize all who have served in the military.

Originally known as Armistice Day, Veterans Day was first observed on November 11, 1919, to commemorate the end of World War I. In 1954, Congress gave the day its current name, and the observance was expanded to honor veterans from all wars past and present. But don’t confuse it with Memorial Day, which is set to remember those who made the ultimate sacrifice.

Numerous writers have served their country during times of conflict, and their experiences inspired some of the most memorable stories in literature. Here are just a few of the writers we remember on this Veterans Day: 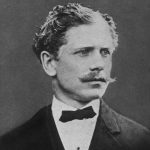 Ambrose Bierce. Union Army, 1861–1865. Bierce fought in the Civil War’s most notorious battles. Bierce worked his way up to second and first lieutenant. After sitting out for months from a bullet wound to the head, he went back into action.

e. e. cummings. US Army, 73rd Infantry, 1917–1919. Cummings was known for his service as a volunteer ambulance driver, and for his imprisonment in France for suspected espionage. He also spent six months training in Massachusetts after the US entered the war. 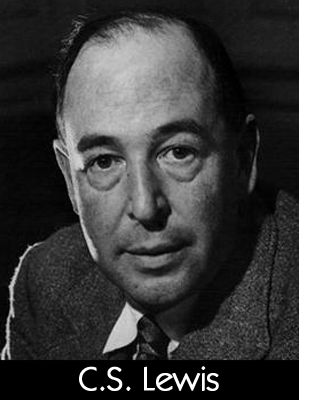 C. S. Lewis. British Army, 1917–1919. Lewis shipped out to battle after acceptance into Oxford University (to the dismay of his father) and sustained several injuries. Shrapnel was lodged so close to his heart that it could not be removed until the 1940s. 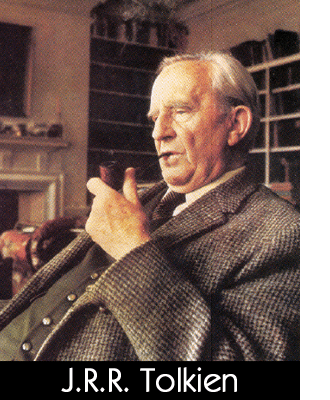 J. R. R. Tolkien. British Military, 1915–1918 (distinguished Lancashire Fusiliers). After contracting trench fever, Tolkien spent his time in the ward expanding the Lord Of The Rings world he had created. His experiences in combat gave his Middle Earth battles more depth and dimension. 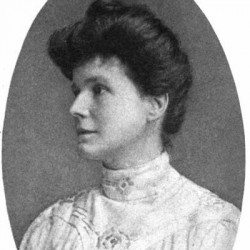 May Sinclair. Munro Ambulance Corps, 1914. Sinclair contributed to the war effort in one of the few ways available to women of her day—joining the ambulance corps. She served as a secretary and reporter to the ambulance corps that was aiding wounded Belgian soldiers on the Western Front. Although only there for a short time, Sinclair’s wartime experience shaped her writing. Many of her novels revolved around World War I. 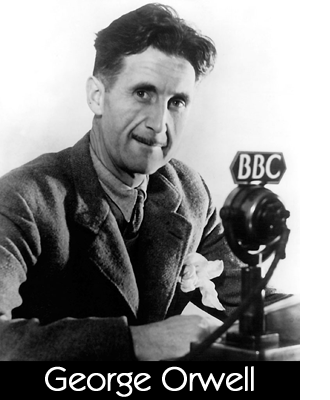 George Orwell. Lenin Division of the POUM militia, 1936. Orwell joined the Spanish rebel groups to fight against dictator General Francisco Franco. A sniper shot him in the throat, but Orwell survived. The neck scarves he wore while recuperating were later auctioned off in London in 2013. 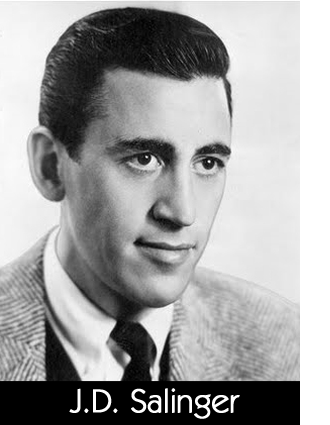 J. D. Salinger. US Army Signal and Counter Intelligence Corps, 1942–1944. “The experience of war gave his writing a depth and maturity it had lacked,” writes Kenneth Slawenski in Vanity Fair. Salinger’s tour of duty included landing on Utah Beach in France on D-Day. He later fought for eleven months in Europe. 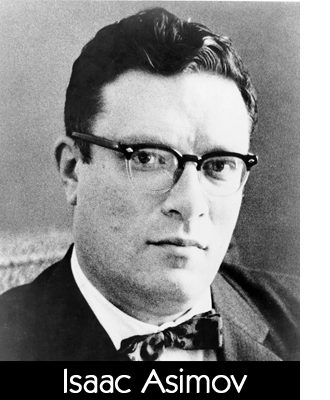 Isaac Asimov. US Army, 1945–1946. The author of I, Robot worked in the navy as a junior chemist in Philadelphia. After serving with the navy, Asimov was recruited into the army and trained for a year. 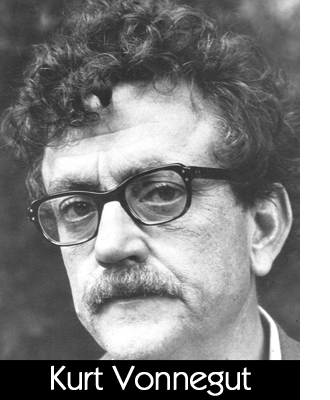 Kurt Vonnegut. US Army, 1943–1945. Vonnegut was sent to a notorious German labor camp—nearly a month after Germany officially surrendered. When Allied armies bombed Dresden to force final capitulation, he carried the corpses of some of the 135,000 casualties. The Indiana Historical Society notes that Vonnegut “tried for many years to put into words what he had experienced during that horrific event.”

Chaim Potok. US Army Chaplain, 1955–1957. Potok, an American rabbi, served a religious post with a medical battalion. His experiences inspired the novel I Am the Clay, which recounts the devastation and subsequent poverty South Korea experienced. 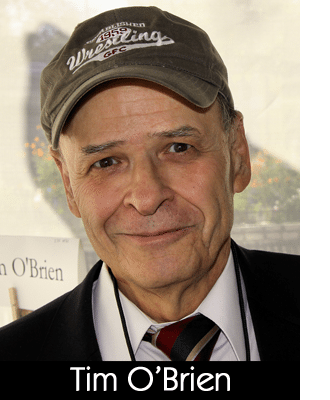 Tim O’Brien. US Army, 1968–1970. Drafted into the Vietnam War, O’Brien is best known for writing about his time in Vietnam. His experience made him question everything he knew—especially guilt and responsibility—and later resulted in the novel The Things They Carried.

Tobias Wolff. US Army, 1964–1968; Special Forces, 1965–1967. Author of This Boy’s Life (a memoir-turned-film featuring Robert De Niro and Leonardo DiCaprio), Wolff aspired to follow in the footsteps of author Norman Mailer by joining the military. His topsy-turvy life with his con-artist stepfather inspired his memoir.

Shoshana Johnson. US Army, 1998–2003. The author of I’m Still Standing, Johnson writes about her experience as a woman serving in combat, as well as being taken captive by Iraqi troops. She was the first African-American woman to be held as a prisoner of war.

Jane Blair. U.S. Marine Corps, 1999–2007.  Throughout her deployment, Blair kept a journal of her experiences as a Marine officer in Iraq. Her memoir Hesitation Kills is the first book written by a female Marine about the war in Iraq.

QUESTION: Are there any other writers who have served who you would add to this list?