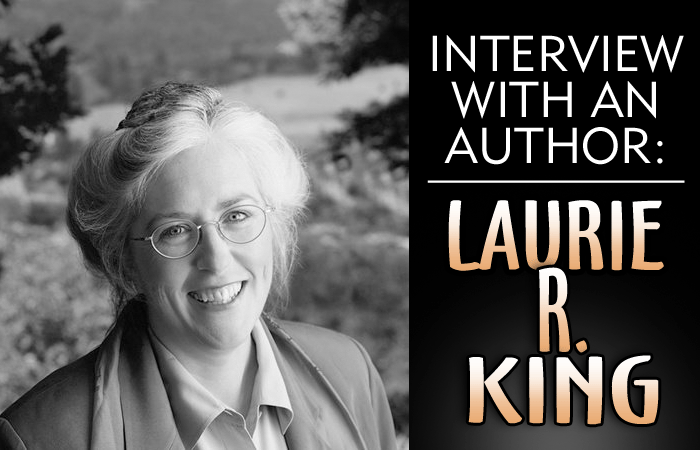 CONTEST: Leave a comment by October 16, and you’ll be entered to win a copy of Laurie’s book Dreaming Spies! U.S. residents only. DEADLINE EXTENDED TO OCTOBER 19! This contest is now closed. The winner will be announced shortly!

I am among the last generation of writers before the e-revolution—so for me, learning was a matter of seeing how my agent and publisher did it for me. Hard to believe, but once upon a time, writers were invited (firmly) to go away and write their books, leaving the selling of books to their publishers.

Ah, those were the days.

It’s been amazing to watch a community come to life around the Russell & Holmes series: these stories I tell myself create actual friendships in the real world. And although there are meet-ups at conventions or during a tour, the glue holding us together tends to be social media. I have kept a blog (“Mutterings”) since 2005; I’m active on Facebook; there’s a Laurie R King YouTube channel; I Skype with libraries and book groups; and I find Pinterest a great way to show the visual background of the various novels.

The Russell community has its own toys, too, that they occasionally let me play with: the Virtual Book Club on Goodreads; a fan fiction site (“Letters of Mary”); and Twitter, where a fervent Friend of Russell helps me keep in touch. Did you know there were Twitter parties, where a dozen—or a hundred—Twitter-ers can get together for virtual wine, tea, and conversation? Quite mad, but loads of fun.

Each of these is useful in its own way, and—a separate matter entirely—each touches a different portion of the reading community. Some people participate in both fan fiction and the book club; others follow Russell’s Tweets; some are happy merely to read my blog posts.

For a bestselling author to bemoan her frustrations and difficulties makes for some large crocodile tears. I bless my good fortune every day. Do I wish readers adored my standalone novels as much as they love Russell and Holmes? Do I wish the crime genre in general and women writers in particular got reviewed more prominently? Would I like to write the correct draft my first time out rather than spend months undoing matters in the rewrite? Do I wish my publishers would dedicate their entire year’s publicity budget to Laurie R. King? Yes, yes, definitely yes, and…well, maybe.

For the most part, my stumbling blocks and frustrations come from my own limitations. I wish I could write more hours every day, and that short stories were easier for me. I absolutely wish I were able to write a flawless first draft—or, failing that, a decent outline that I could follow for more than two chapters.

But for all of these, my answer has been the same: I do what I can. I write as many hours, as many short stories as possible—and try not to harass myself with the idea that I could do better. I accept the reviews and the publicity budgets I am given, and do what I can to fill in the gaps. I write as precise a first draft as I can—and allow myself to produce sheer rubbish, knowing I’ll fix it later.

A very Californian attitude, isn’t it? Well, my people have been here for several generations: Acceptance is what we do.

You’ve said that you like to set your characters’ adventures in times and places that let you “play with wider issues.” Can you say more about how that plays out in Dreaming Spies?

I am fascinated by how a series of small decisions and events can lead to huge world trends, and have found the novel an ideal way to explore those small events—from all sides. Palestine under the British Protectorate (O Jerusalem); northern India as the Independence movement was building (The Game)—one sees tinder being laid for the upcoming conflagration.

As I researched Dreaming Spies, I found that in the twenties, the young Emperor Hirohito loved The West—clothing, music, politics, the role of kingship that he saw in England. The book takes place when certain decisions were being made, both in America and Japan, which would have disastrous consequences. In a historical novel, the characters are living those events, blithe to their future—while at the same time, the writer can give her reader a gentle nudge as if to say, We know where this is going, don’t we? And like a horror movie, we really don’t want these characters we love to go into that room…but they do.

I looked in the back of Writer’s Market, back in 1987, and found five agencies in San Francisco. (I didn’t believe in New York. Still not too sure about it…) I wrote to each of them, sending a couple of chapters of the two books I’d finished. Agency one said their client list was full up. The second said they liked the one but not the other. Number three said they liked the other, but not the one. Number four said they’d be happy to read the books if I’d send them $385 for each. And the fifth was Linda Allen, who liked the books, thought they needed work, and ended up representing me until her retirement last year.

Write your passion, not what you think the market wants: the book you simply have to write, the book you’d love to read. 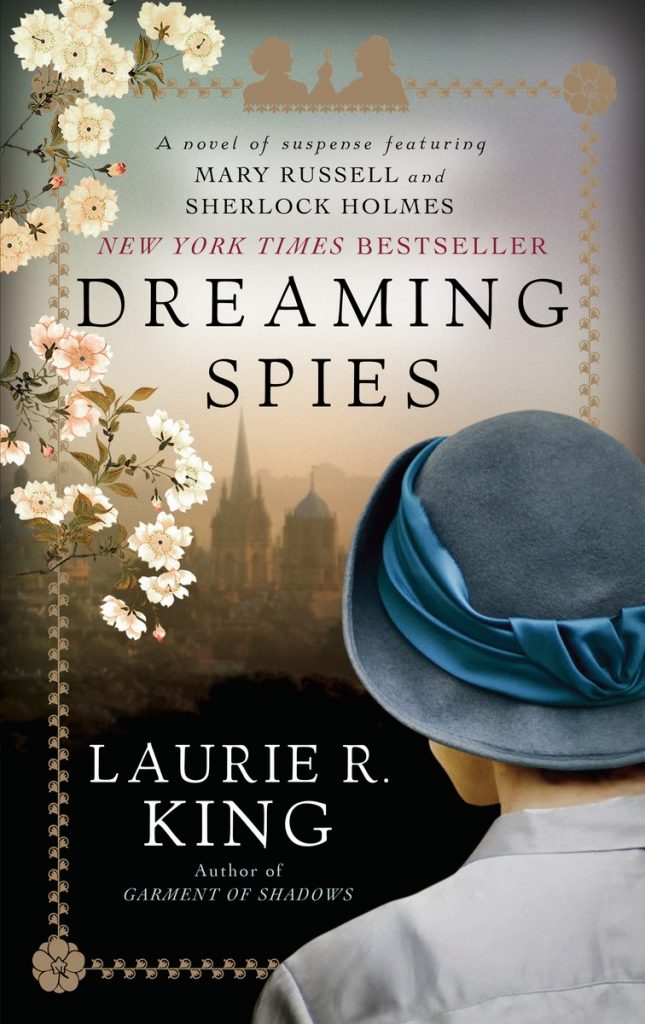 After a lengthy case that had the couple traipsing all over India, Mary Russell and her husband, Sherlock Holmes, are on their way to California via cruising steamer, with a planned stop in southern Japan. Aboard the ship, intrigue stirs almost immediately. Russell meets a young Japanese woman who agrees to tutor the couple in Japanese—but whom Russell suspects is not who she claims to be. When the ship docks in Japan, Russell’s suspicions are confirmed. From Tokyo to Oxford, Russell and Holmes race to solve a mystery that could topple an empire.

CONTEST: Leave a comment by October 16, and you’ll be entered to win a copy of Laurie’s book Dreaming Spies! U.S. residents only. DEADLINE EXTENDED TO OCTOBER 19! This contest is now closed. The winner will be announced shortly!