The Weird World Of Writer Superstitions 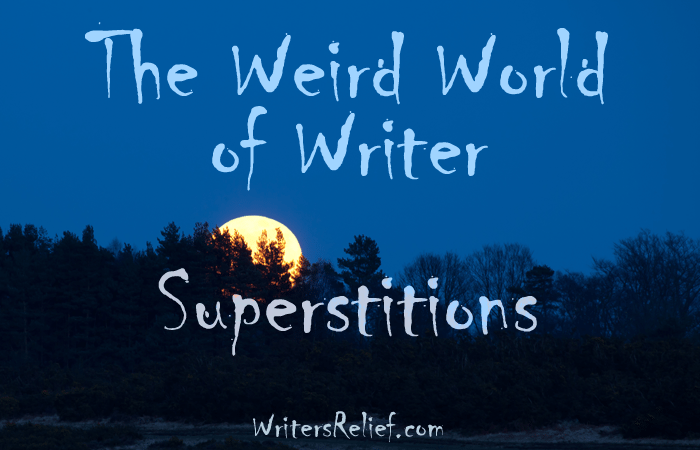 Like baseball players with their rally caps or gamblers with their good luck charms, writers have been known to have their own weird superstitions. And no, we’re not talking about seven years of bad luck from breaking a mirror or from a black cat crossing your path—in fact, we firmly believe cats make great writing partners!

But because writers never know when the muses will strike (or when they won’t), or if a book will be picked up, success as a writer can sometimes seem to be based more on luck than on talent.

So you can’t entirely blame writers—including famous authors—for trying to dispel bad luck with some eccentric and strange beliefs. Many famous writers have had writing superstitions they went to great lengths to meet, convinced it was the only way to get their thoughts flowing and to produce great writing.

Common Superstitions in the Writing World:

Writing quirks, habits, or superstitions: As long as they’re not harmful, they may actually help you focus and be productive. Who knows…you might even get more acceptances—keep your fingers crossed!

QUESTION: Do you have a strange writing habit or writing superstition?