A Writer’s Playlist Part II: Music To Write By 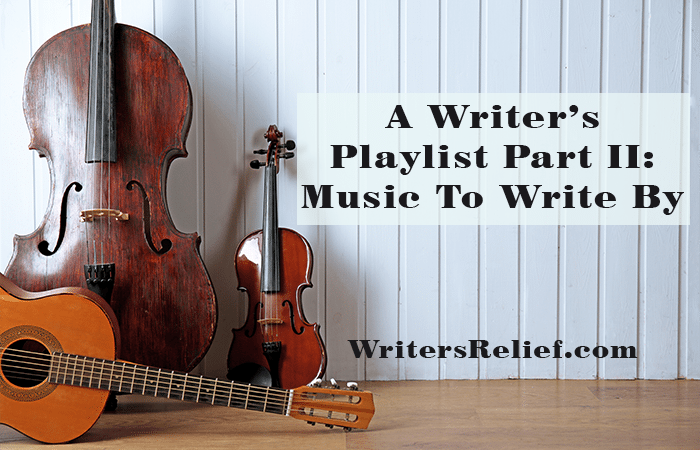 Music can be an excellent source of motivation! So when you’re ready to start writing or need to break through a stubborn case of writer’s block, listening to music can help you focus and be more productive.

Whether you listen to a piece that’s soft and gentle or energetic and dramatic, choose a tempo that offers you the best inspiration for what you’re trying to achieve with your work. We’ve put together a list of classical pieces that are sure to hit all the “write” notes and get your creativity flowing!

1. “The Aquarium” from the Carnival of Animals—Camille Saint-Saëns

Musical Note: Originally written for fun, Saint-Saëns worried it would hurt his image as a composer and refused to let it be performed in public. Today, it’s one of his best-known works.

2. “Gymnopédie,” No. 1 from Gymnopédies—Erik Satie

Musical Note: The three pieces were a nod to a Spartan festival where young men would dance and compete with each other.

Musical Note: This piece was written to celebrate Russia’s defeat of Napoleon’s army in 1812.

5. “Adagio for Strings” from String Quartet No. 1, Opus 11—Samuel Barber

Musical Note: In 2004, BBC listeners voted it as the world’s saddest piece of music. It was played at the funerals of Franklin D. Roosevelt, John F. Kennedy, Albert Einstein, and Princess Grace.

Musical Note: “Lisztomania” describes the rock star treatment Liszt received as a virtuoso. Women would rip off pieces of his clothing and clamor to get any broken piano strings—or his hair.

Musical Note: One of the most popular pieces of classical music, “O Fortuna” was composed in the late 1930s but is based on a medieval poem written in the early thirteenth century.

Musical Note: Mozart believed he was cursed to write the requiem for himself. It is disputed whether he composed the entire piece or not.

Musical Note: Though an Oscar was highly anticipated for Morricone’s score for The Mission, he did not win. In 2007, the Academy awarded him an Oscar posthumously. Morricone composed scores for over four hundred films.

Musical Note: The piece became an unofficial theme song for British Airways after appearing in an advertisement.

Musical Note: The waltz is Austria’s second national anthem. The piece was written to lift up the national mood after Prussia defeated Austria in the Seven Weeks’ War in 1865.

13. “Ride of the Valkyries” from Die Walküre—Richard Wagner

Musical Note: The opera in its entirety is five hours long. “Ride of the Valkyries” has been featured in numerous film scores, including Apocalypse Now.

Musical Note: Einaudi’s concerts are renowned for the intensity and passion of his performance.

You can also enjoy this playlist on the Writer’s Relief YouTube page or on Spotify! Also, check out our Writer’s Playlist: Part I for your pre-writing warm-up.

QUESTION: Share your favorite classical piece in the comments section below!