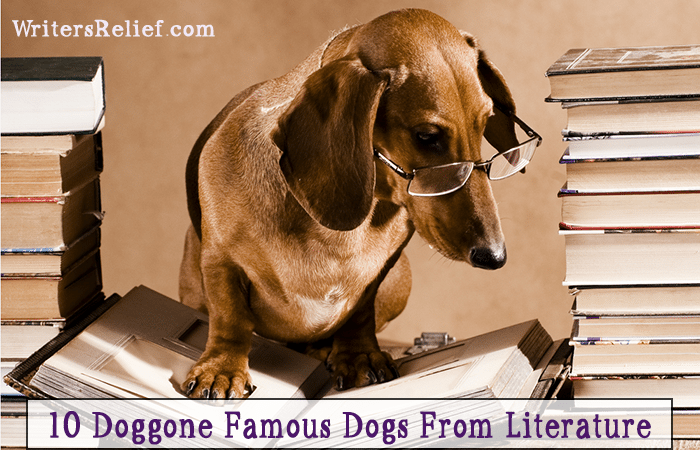 Some of our favorite literary characters have wet noses and wagging tails! To celebrate man’s—and woman’s—best friend, let’s take a look at some famous dogs from literature. Check out our list below, then sit! Stay! Read!

Argos – One of the first dogs featured in Western literature, the canine from Homer’s Odyssey exemplifies a dog’s loyalty—as Argos waits twenty years for Odysseus to return home from battle.

Cujo – Possibly the most sinister dog in all literature, Stephen King’s Cujo is a St. Bernard that becomes a rabid killer and terrorizes two families with children. The novel won the British Fantasy Award and was also made into a film.

Old Yeller – Break out the tissues, folks! This children’s novel by Fred Gipson is a bona fide tearjerker, as Yeller seals his fate by protecting his family from a rabid wolf. 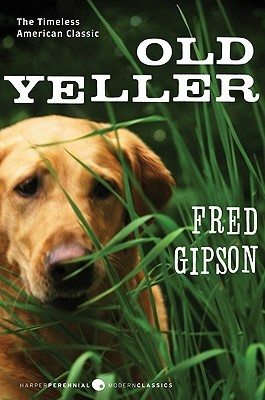 Toto – “Toto, I’ve a feeling we’re not in Kansas anymore.” Everyone’s favorite terrier, Toto was Dorothy Gale’s faithful companion on her journey to get back home in the The Wonderful Wizard Of Oz by L. Frank Baum. The 1939 movie adaptation was such a commercial success that the cairn terrier in the movie—whose real name was Terry—had her name officially changed to Toto.

Buck – Jack London’s tale of survival in The Call Of The Wild tells the story of Buck, a domestic dog stolen from his home in California to train as a sled dog in Alaska. Becoming wild once again and relying on primal instinct, Buck fights and emerges as a leader. 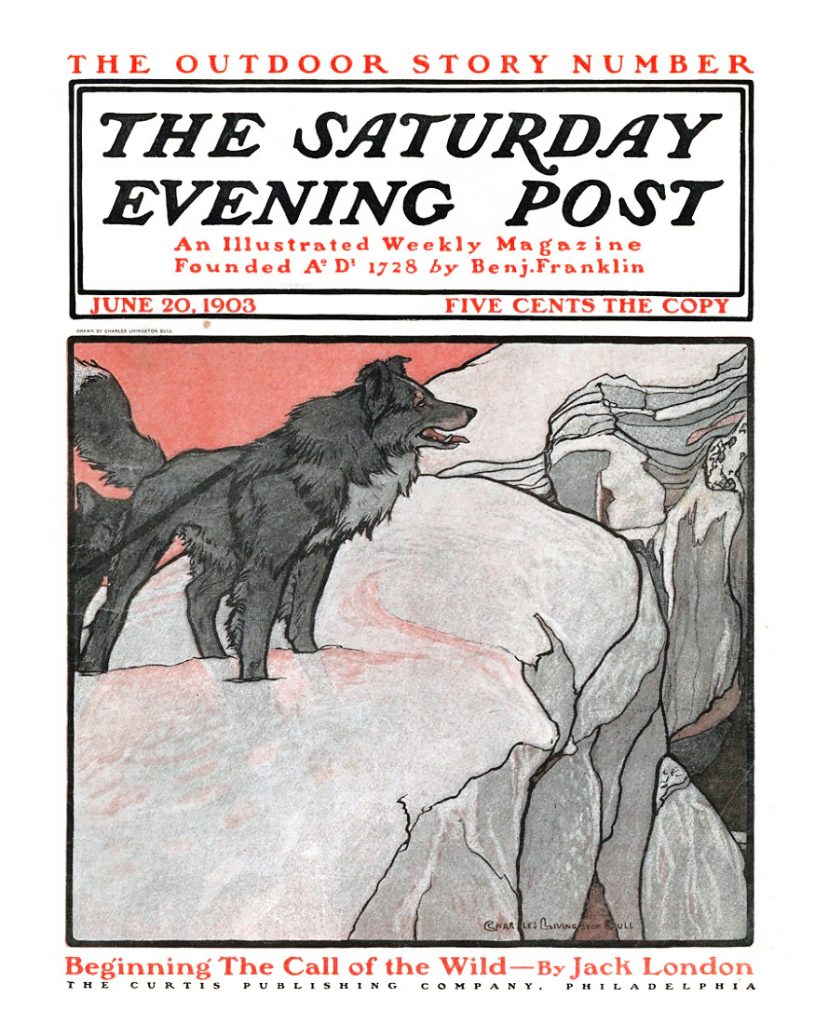 Clifford – Clifford, The Big Red Dog was first published in 1963 by Norman Bridwell and became the mascot for Scholastic Books, which also grew in popularity as Clifford got bigger (no pun intended)! The story spawned a children’s book series based on 25-foot-tall Clifford’s many adventures. 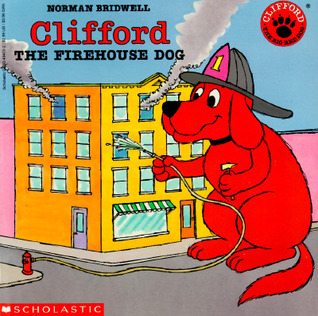 Fluffy and Fang – The Harry Potter series featured many animals, both magical and “muggle” varieties. In the canine category, Hagrid’s pets include Fang, his imposing yet friendly mastiff, and Fluffy, the three-headed dog guarding the Philosopher’s Stone.

Lassie – Probably best known from the television series (and for perpetually rescuing Timmy from the well), Lassie originated from a short-story-turned-novel called Lassie Come Home by Eric Knight published in 1940. Lassie was originally portrayed by a dog named Pal, and Pal’s descendants continue to play Lassie to this day. 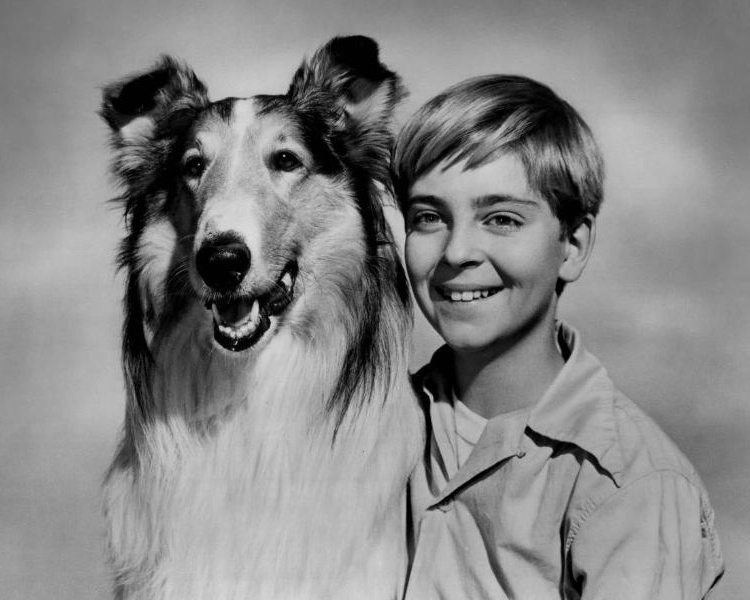 Snowy – Where would Tintin be without Snowy, his wire fox terrier? The Belgian cartoonist Hergé was able to personify Snowy by adding inner monologues, interests, and other human traits to provide comic relief to balance Tintin’s serious and intellectual nature. 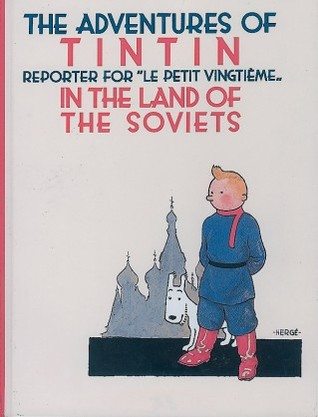 Jip – The spoiled lapdog from Charles Dickens’s David Copperfield serves as a mirror to his owner, Dora Spenlow, who is just as self-indulgent and self-centered as her pampered pet. Yet Jip is still a faithful dog, dying at the same moment as his beloved mistress. 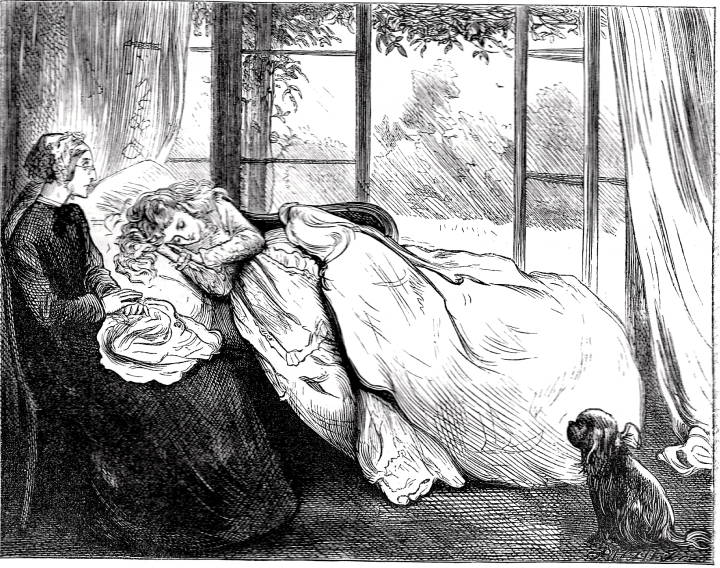 QUESTION: Who are your favorite dogs from literature?

← Planning A Reading Tour? There’s An App For That! Can Unpublished Authors Get Literary Agents? You Bet! Here's How →