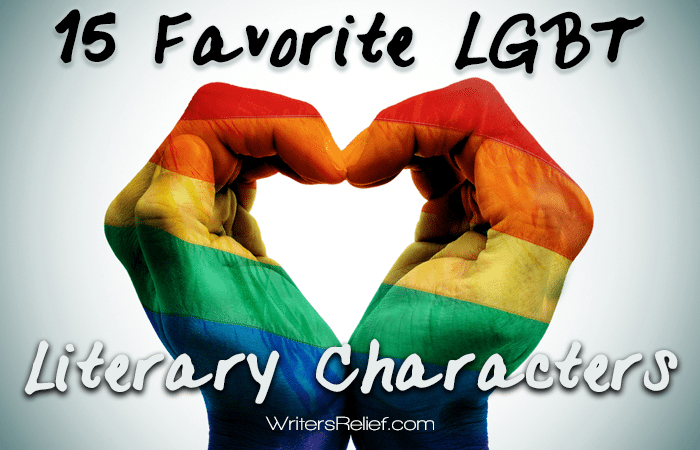 During the decades when being gay was hush hush, writers followed suit with their characters—any sexual orientation or identity other than heterosexual would only be hinted at. Today, writers have much more freedom with their stories and no longer have to hide or merely allude to lesbian, gay, bisexual, or transgender characters.

To celebrate LGBT Pride Month, we’ve put together a list of memorable LGBT characters from some of our favorite books:

Lestat de Lioncourt – The Vampire Chronicles by Ann Rice. The 1976 character, whose autobiography is written in the second novel of the series, is developed as bisexual. He struggles with existential questions of his role in the universe, and has a pervasive philanthropic nature.

Dorian Gray – The Picture of Dorian Gray by Oscar Wilde. Though debated in literary circles whether the main character was gay—it can’t be denied the novel has overtones of homosexual feelings. The original manuscript, housed in the Morgan Library in New York City, shows the author’s struggle over what he ultimately chose to include and leave out.

Wallace Wells – Scott Pilgrim graphic story series by Bryan Lee O’Malley. This graphic novel saga follows one man’s quest to vanquish seven ex-boyfriends for his dream girl—while his friend, Wallace Wells, acts as his voice of reason. Wallace is also Scott’s gay roommate who shares his word as a friend…and his bed.

Lisbeth Salander – The Girl with the Dragon Tattoo series by Stieg Larsson. The beloved bisexual heroine takes down a culture of institutionalized rape in the literary world.

Albus Dumbledore – Harry Potter series by J.K. Rowling. With no kids and no partner, some Harry Potter fans wondered if Dumbledore was gay. Rowling laid that question to rest when she announced his orientation in October 2007.

Batwoman – Batwoman by DC Comics. In the modern version of the Batwoman comics, Kate Kaine is a Jewish Army brat expelled from West Point. The wealthy socialite proposes to her girlfriend in the April 2013 issue.

Molly Bolt – Rubyfruit Jungle by Rita Mae Brown. This is a story about a lesbian teen in small-town America whose strained relationship with her mother pushes her to excel in school and ultimately propels her out of town and into the life she wants to live. 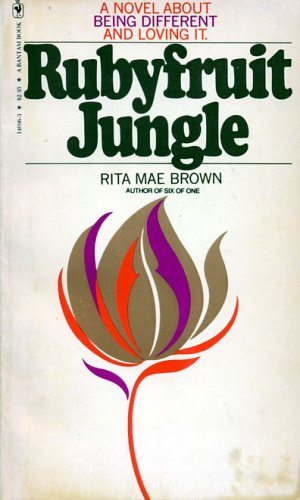 Celie Johnson – The Color Purple by Alice Walker. The narrator and protagonist Celie Johnson embodies African American women in the South of the 1930s. Beaten by one male head-of-household to the next, she finds comfort—and more—with Shug, her husband’s mistress.

Fred – Breakfast At Tiffany’s by Truman Capote. In the glitzy, gadabout world of NYC, socialite and call girl Holly Golightly is painted by a gay narrator: Fred. The novella was rejected by Harper’s Bazaar for its subject matter, but later printed by Esquire and Penguin Random House.

Ennis Del Mar and Jack Twist – Brokeback Mountain by Annie Proulx. During the 1960s, when gay men were castrated and beaten to death in Wyoming, Ennis and Jack are forced to keep their romance a secret. When their paths cross again years later, they find themselves in the same difficult situation. The story was originally printed in The New Yorker in October 1997.

Orlando – Orlando by Virginia Woolf. This feminist story is often heralded as one of the earliest novels to explore transgender issues. Partly semiautobiographical, the protagonist gives a satirical view on literature. It depicts an Elizabethan man who wakes up as a woman one night and, unfazed, lives as a woman for the next 300 years.

Patrick – The Perks of Being a Wallflower by Stephen Chbosky. A closeted high school senior secretly dates the football team’s quarterback. When the quarterback’s father finds out about their romance, things quickly turn ugly—and violent. Patrick also befriends the shy and lonely protagonist, Charlie.

Ruth Jamison and Idgie Threadgoode – Fried Green Tomatoes at the Whistle Stop Cafe by Fannie Flagg. The tomboy Idgie and feminine Ruth open a cafe that serves not only African Americans, but men down and out during the Depression era. Flagg cowrote the popular film adaptation.

This list is far from complete, but it’s a great place to begin when looking for your next LGBT read. Check out one of these excellent books and start reading today!

QUESTION: Who is your favorite LGBT literary character?

← ProofNEEDing: Superhuman Skills If You Actually Like Vocabulary Quizzes... →