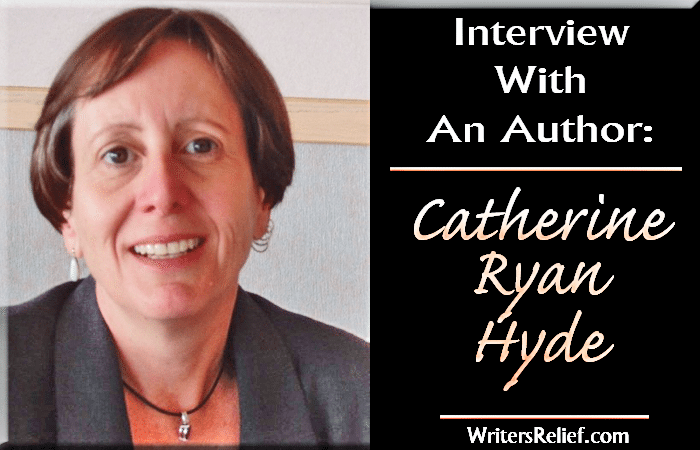 Catherine Ryan Hyde is the author of thirty published and forthcoming books, including Worthy, The Language of Hoofbeats, Take Me With You, Don’t Let Me Go, When I Found You, and Pay It Forward, which was adapted into the Warner Brothers major motion picture starring Kevin Spacey and Helen Hunt.

CONTEST: Leave a comment by June 17th, and you’ll be entered to win a copy of Catherine’s new book, Worthy! U.S. residents only. This contest is now closed. Congratulations to our winner, Leanne Phillips! Thank you to all who participated!

I joined the local Cambria Writers Workshop. I joined the semi-local SLO (San Luis Obispo) Nightwriters. I scratched up the money to go to conferences such as The Cuesta College Writers Conference and the larger Santa Barbara Writers Conference. I read my work out loud, even though I nearly died of stage fright. In doing so, I caught the attention of more experienced writers willing to mentor me. Then I utilized their kind offers of mentorship for all they were worth. They were worth a lot.

In my mind, social media has replaced the book tour. Once upon a time, my publisher would send me to various cities on tour. I’d languish in airports, watch a lot of CNN in hotel rooms, and hope that more than four people would turn up at the bookstores. It hardly seemed worth it, but my publishers felt it was important for bookstore employees and readers to meet me. It breeds loyalty when a reader feels he or she knows the author. Today I build the same loyal relationships on Twitter and Facebook—from my easy chair at home. That makes my dog happy. And I hate that kind of travel, so it makes me happy too.

I think my biggest frustration was the fact that people loved the Pay It Forward concept, but really didn’t pay much attention to the book. At least, not as much as I had hoped. That’s one downside to a movie. People can just see the movie instead. It’s also an odd feature of a book with a lift-out message. People lifted it out and left the book behind.

I’m not bemoaning the fact that more people didn’t read the book. People can read or not read whatever they choose. But people would proclaim themselves my biggest fans, even ask me to fly across the country to speak to their groups, without ever reading a word I’d written. At the time my career was in a slump and I was having trouble staying out of Day Job Land, so I minded. Now I’m doing well with the newer books and able to be more circumspect. So getting by as an author again was enough to overcome it. I just had to keep moving forward.

Not always as much of a judgment on the quality of our writing as we assume it to be.

Has a particular rejection ever been helpful to you? What were the details?

Yes, once a combination of an acceptance and a rejection was extremely helpful. My first short story acceptance came to me from a literary magazine called South Dakota Review. The editor said I’d shown “great poise” in the way I’d “depicted the characters with brief brush strokes.” The same story had just been rejected by a smaller, less prestigious literary magazine whose editor felt there was a “hollowness” to the characters.

From this I learned two important things: 1) Some editor may love your work for exactly the same reason another editor doesn’t. 2) Unless you agree that the editor has pointed out a valid flaw, revising your work based on comments in rejections will usually get you nowhere. 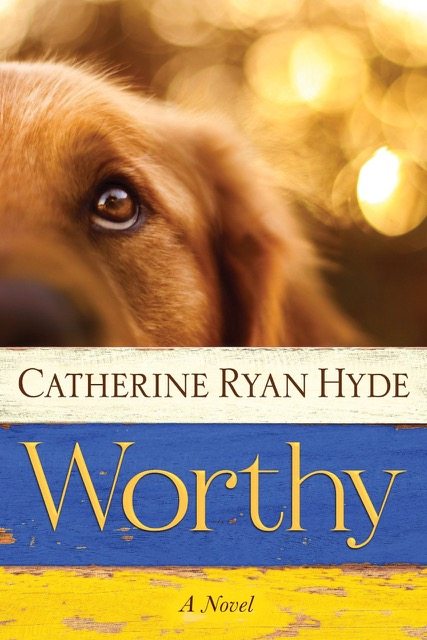 Virginia finally had the chance to explore a relationship with Aaron when he asked her on a date. She had been waiting, hoping that the widower and his young son, Buddy, would welcome her into their lives. But a terrible tragedy strikes on the night of their first kiss, crushing their hopes for a future together.

Nineteen years later, Virginia is engaged, but she has not forgotten Aaron or Buddy. When her dog goes missing and it comes to light that her fiancé set him loose, a distraught Virginia breaks off the engagement and is alone once again. A shy young man has found the missing pet. Before long, Virginia and the young man discover a connection from their pasts that will help them let go of painful memories and change their lives forever.

CONTEST: Leave a comment by June 17th, and you’ll be entered to win a copy of her new book, Worthy! U.S. residents only. This contest is now closed. Congratulations to our winner, Leanne Phillips! Thank you to all who participated!