Interview With An Author: Boris Fishman 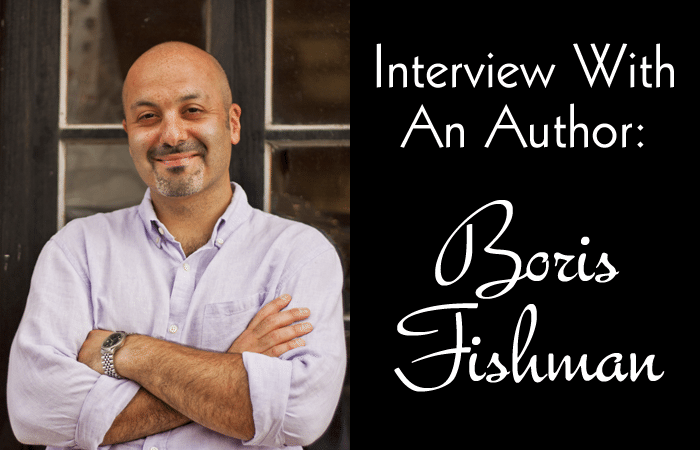 Born in Belarus, Boris Fishman immigrated to the United States in 1988 when he was nine. His writing has appeared in The New Yorker, The New York Times Magazine, The Wall Street Journal, and many other publications. A Replacement Life (Harper Collins) is his first novel. He lives in New York.

CONTEST: Leave a comment or a question for Boris below by September 10, and you’ll be entered to win a copy of his book, A Replacement Life! U.S. residents only. This contest is now closed. Congratulations to our winner, Karen Goldstein! Thank you to all who participated!

It was and remains very much a process. Because we were in New York, I think my MFA program wanted to save us from what they saw as the commercial realities pressing in from all sides. (And it’s true—disappointingly, I tend to talk about contracts rather than craft with my New York writer friends.) So we got relatively little preparation for the business end of things. What helped me was that I had spent more than half a decade in publishing and journalism before turning to fiction. I knew the agents who were specializing in literary fiction; I knew enough mid-level people who could help me get consideration from said agents. Though knowing people never gets you through the door, as it shouldn’t—it only helps crack it open. I am exhibit A—I was turned away by quite a few agents before I found the right match.

And then you just do. And ask. I kept turning to my editor, my publicist, my marketing person at Harper Collins, and asking: What is this? Why does it work this way? Can it work another way? I was always polite. But I wanted the education. A publishing house, especially a big one, is not always suited to providing an education for its authors in how publishing works; that’s not its mission. But there’s a lot of knowledge there that can be plumbed if you ask the right way. And then—call people. E-mail people. Take people out to lunch. I mean the people who’ve done this before you. Pick their brains. There’s nothing all that intuitive about the way publishing works—it’s an art, just like writing. There’s no reason it should be instinctive. But knowledge is power. The idea that the writer needs to relax, sit back, and let the house take care of everything—that’s not for me.

I’m still trying to figure this out. I used to be one of those lame people who held their nose when Twitter came up. Personally, Twitter is not my preferred form of communication. But I recognize that a lot of people find it valuable and compelling, and I am trying to reach those people, for the most honest reasons. So my personal self, as central as he is to the act of writing fiction, needs to relax and sit down and let my professional self educate him a bit. And if you stop worrying, you might just find yourself having a great deal of fun with it, as I have. Publicity is way more creative than I realized.

But I’m drifting off-subject. I’ve been careful not to tire people with ceaseless exclamation marks and plugs for the books. I’ve taken care to not say anything unless there’s something actually substantial to say. I’ve happily embedded self-promotion in the promotion of other things I care about. And I’ve been very candid about the upsides and downsides of the whole experience. And I would like to believe that’s been the most valuable thing, rather than where I’ve done it. I recently sent an email to about seven hundred non-Facebook, non-Twitter contacts talking about my experience in getting the book out into the world and asking for their help in pushing for it a little bit more. I got about two hundred responses—an astronomical response rate, arguably a far stronger one than I’ve ever gotten on Facebook or Twitter. I think that mainly had to do with the tone.

Here’s the bottom line: I feel it’s less about the medium than smart and well-targeted curation of your audience. You can knock on the doors of their homes, if you want. But target them well. We live in a siloed world, in that sense.

The endless rejection along the way. I wrote for more than three years; I did twelve drafts. My most certain companion during this time was the rejection letter. From writing colonies, from agents, from editors. That sort of thing used to bring me down for two weeks. But little by little you watch yourself getting back up, dusting yourself off, and somehow continuing. It cultivates your strength of character and self-confidence in a way that starts to feel as valuable as the writing chops you’re developing. I am exceptionally—exceptionally—grateful for what’s happened to me. But by the time I sent out my novel to agents (a second time) in the spring of 2012, I was a stronger person. The incredible and indisputable validation of signing with an agent and selling the novel—that had become separated from my sense of self-worth. Maybe that’s why the book sold.

… an incredible character builder. I know that seems Pollyanna-ish to say, and it was certainly miserable in the moment. But it taught me so much about myself.

Discipline. Crazy discipline. Read every day. Write every day. Don’t wait for the muse. A requisite number of hours. Try to minimize distractions. (I say “try”—no one is a hero.) Treat it like a job—every day, Monday through Friday. Be unavailable to friends. Watch your money. And you may be built differently, but I desperately need some kind of physical activity or manual labor to counteract the sedentary nature of writing, where your brain gets like a wrung-out sponge but your body is restless. It’s hard. But, for me, there is no surer way to a sense of dignity and optimism. By this point, a day without writing is a guaranteed way for me to feel miserable, phlegmatic, and unfocused. 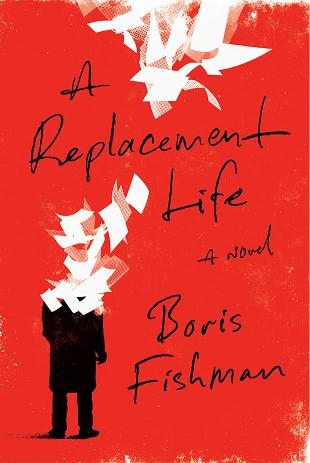 About A Replacement Life

A Replacement Life, a Summer 2014 Barnes & Noble Discover Great New Writers selection, is the story of a young man who starts forging Holocaust-restitution claims for old Russians in Brooklyn. In a cover review, The New York Times Book Review said: “Is there room in American fiction for another brilliant young émigré writer? There had better be, because here he is. Boris Fishman’s first novel, A Replacement Life, is bold, ambitious, and wickedly smart… The only problem with this novel is that its covers are too close together… Undoubtedly, comparisons will be made—to Bellow and the Roths (Henry and Philip) [and] Bernard Malamud.”

CONTEST: Leave a comment or a question for Boris below by September 10, and you’ll be entered to win a copy of his book, A Replacement Life! U.S. residents only.

← ProofNEEDing: Is there a GPS for this? ProofNEEDING: How would you like that cooked? →