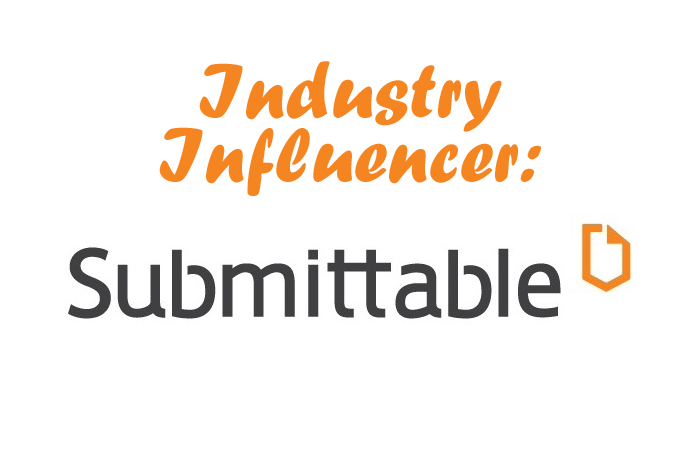 If you submit regularly to literary journals, then you’ve probably run across Submittable, the online submission manager that allows writers to make, track, and manage submissions to participating publishers.

Today, Submittable CEO Michael A. Fitzgerald takes a moment out of his busy day to talk about how Submittable is changing writers’ lives. Check it out!

CONTEST: Leave a comment or question below by August 20, and you’ll be entered to win a Submittable T-shirt, a Submittable headband, and a copy of Michael’s first novel, Radiant Days! U.S. residents only. 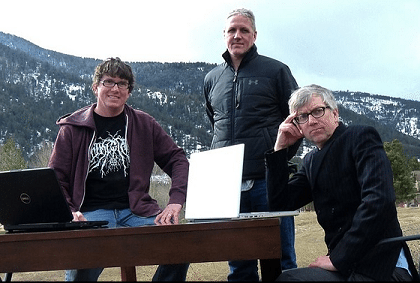 How was the idea for Submittable born?

I wanted to start a company with my partners, Bruce and John. All three of us were developers.  But we also worked in the arts. (I’m a novelist. Bruce is a filmmaker. John is a musician.) We made a list of things we didn’t like. I didn’t like the existing processes for sending out work. We started there.

As an entrepreneur, what’s the best advice you can offer writers about success?

Success is different for everyone. For me, it is, in some vaguely measurable way, improving on something. The only way I know how to do that is to practice the thing you want to get better at, continuously. So for writing—write when no one is asking you, when you don’t have any “good ideas,” when you’re certain you have no innate ability. Just keep doing it even when you’re certain you suck and it’s all a waste of time. Then one day, hopefully, you look up and you don’t suck as much. For me, that’s success…not sucking as much as the day before.

Once we started Submittable, I was pleasantly surprised to see how similar writing a novel was to starting a company. With both, you’re doing something no one asked you to do. And when you’re done, the first thing that becomes completely apparent is that no one cares that you’ve done it.

Writing books is a great foundation for starting companies.

We’ve talked before on our blog about administrative fees at literary journals. Care to weigh in?

Sure. I think it’s great for some journals and bad for others. As a writer, there are some editors who receive an unmanageable amount of submissions and whose time and expertise I value. In general, I think any stranger giving me their time has some value.

In general, I think the editorial skill set is wildly undervalued in a day when “creating content” (gag!) has become almost effortless.

Also, literary journals are almost always a labor of love. (I’ve seen arguments from some writers that editors are in this to make money. Pretty funny. No one goes into literary publishing to make money. If they do, they’re either very poor at math or grossly delusional.)

But some publishers get thousands of submissions per month. Giving each one just two to three minutes results in days and days of effort. Putting a small fee on the process creates tension. We’ve noticed that the publishers who do this tend to get higher quality submissions because people think a little harder before hitting “Send”; but also those publishers are logged in more because they’re not as overwhelmed.

Ask yourself a question here, if you’d like! Feel free to talk about your own writing or other creative pursuits outside of Submittable. Our readers would love to know more about you.

Ha! There’s really not much here. I’m a writer and software developer. I live in Missoula, Montana, with my wife and two sons (ages eight and eleven). I’ve got two great business partners: John and Bruce. Sometimes things are amazing; sometimes they’re a pain in the ass.

What’s on tap for the future of Submittable? What can writers look forward to?

Submishmash.com! It’s not live yet, but it’ll be an intergalactic creative content (writing, video, audio, and beyond) marketplace. Stay tuned. It’s easily the most ambitious and cool thing my friends and I have ever built.

CONTEST: Leave a comment or question below by August 13, and you’ll be entered to win a Submittable T-shirt, a Submittable headband, and a copy of Michael’s first novel, Radiant Days! U.S. residents only.

← Good Writing That Doesn't Get Published: 5 Problems That Sabotage Your Efforts Get Ready! 5 Steps To Take Now—Before The Autumn Publishing Rush →