The Literary Agent Of The Future: Be Aware Of These Potential Changes! 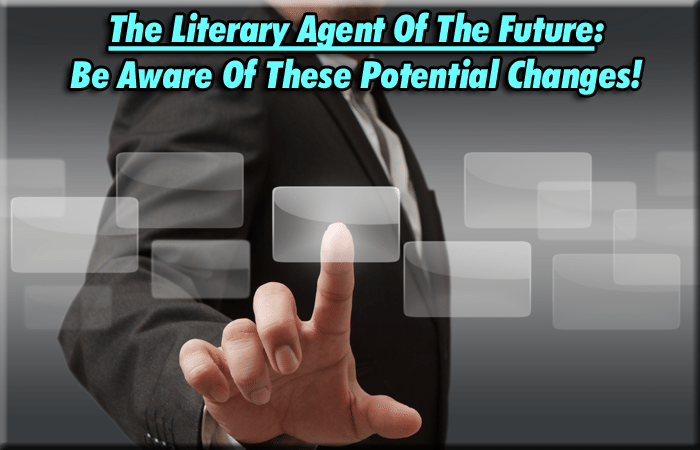 The publishing industry has been on a roller coaster for the last few years. And it’s not just publishers who are changing, literary agents are too. As technology creates a more connected world, you can expect to see even more shifts in the way that literary agents operate.

Here are just a few predictions about what you might expect from the literary agent of the future:

Reads all year round. Okay—literary agents are already reading all year round. Yes, even during the lazy days of summer. Laptops, tablets, and smart phones are making it easier than ever for agents to consider your query letters and manuscripts—no matter the time of year. Thanks to Wi-Fi, agents can read submissions anywhere: by the pool on vacation, on the subway, etc. (Read More: Why Writers Should Submit Books During The Summer.)

(NOTE: The same is true for literary journals. While some do close for the summer, there are a lot of journal editors who are still reading. Submission manager technology makes it possible for lit mag editors and volunteer readers to access submissions remotely. So keep your submission strategy strong, and don’t miss the 5 advantages of summer submissions!)

Isn’t caught up with stringent genre expectations. In the old days, manuscripts had to be “book length” so that publishers could earn a decent return over the cost of printing. But with the proliferation of e-readers, the rules about word count are a little more flexible (especially for independently published writers).

Also, we predict that publishers will be more open to books that blur the lines of genre as the question “where is the book shelved?” becomes less and less important due to easy cross-categorizing in digital bookstores.

Doesn’t have to be in New York. It’s becoming easier and easier for publishing professionals to live outside of the industry’s capital city. With online chatting, easy transportation options, and faster communication, the best agents no longer need to be located in New York (although many do make regular trips for in-person meetings).

Does increasingly more overseas deals. As technology makes the world smaller, it will become increasingly easy for agents to approach overseas markets for book deals (maybe even for first sales). We also expect that using subsidiary agents in foreign countries might become unnecessary as communication with overseas publishers becomes easier and easier.

What Does This Mean For Unpublished Writers?

You already know that there are more opportunities and pathways for publishing a book now than ever before. As for getting an agent, we think you can look forward to increasingly swift turnarounds and—we hope—less waiting during the publishing process as time goes on. For now, be sure you get your book in front of literary agents no matter what time of year it is (and if it’s summer, even better!). Good luck!

QUESTION: What other changes do you think literary agents will make in the future?

← Interview With An Author: Jonterri Gadson The Oxford Comma Controversy →