Which Is Better: A Big Literary Agency Or An Independent, Boutique Agent? 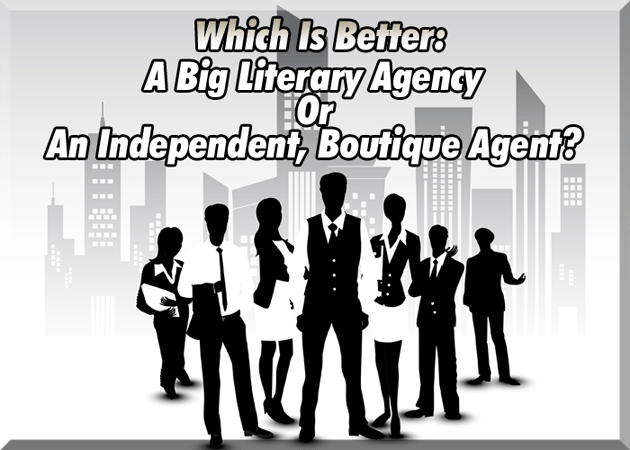 As you prepare your query packet and research potential literary agents, consider your goals and ask: Do you want to work with a big, well-known literary agency or with an independent literary agent?

To help you decide, let’s review the benefits and drawbacks of both choices.

The Benefits Of Boutique Or Independent Literary Agents

The Benefits Of Large Literary Agencies

The Drawbacks Of A Boutique Literary Agency

The Drawbacks Of A Large Literary Agency

A Caveat About Choosing The Size Of Your Literary Agency

There are no across-the-board rules that can be applied to every single literary agent, whether at a boutique literary agency or a large company.

A boutique literary agent who is working independently could be capable of negotiating a phenomenal book deal on behalf of his or her client. And there are literary agents who are part of “mega-agencies” who may not be doing very significant deals at all. What’s more, an independent literary agent could be just as likely as any large literary agency to drop you if your book isn’t pulling its weight.

Question: Which do you think is better: a big literary agency or an independent agent?