by Writer's Relief Staff | May 7, 2014 | Interview With An Author, Other Helpful Information | 25 comments 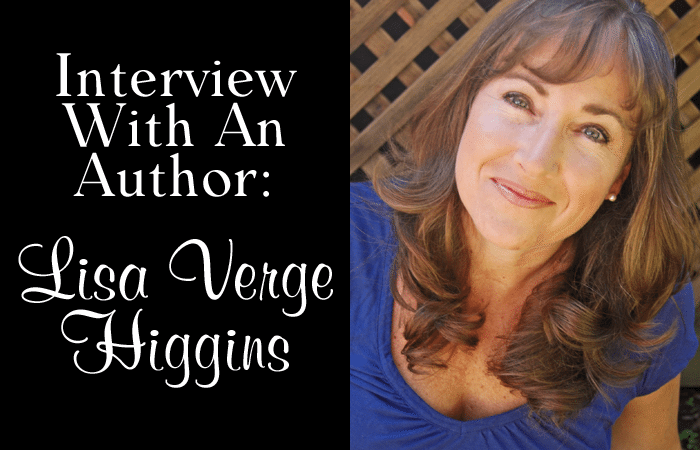 Lisa Verge Higgins is the author of sixteen novels published worldwide and translated into as many languages. Her books were nominated for a RITA, won the Golden Leaf, and twice she has cracked B&N’s General Fiction Forum’s top twenty books of the year. Her latest, Random Acts Of Kindness, hit the shelves in March of 2014.

CONTEST: Leave a comment or a question for Lisa below by May 14, and you’ll be entered to win a copy of her book, Random Acts Of Kindness! U.S. residents only.This contest is now closed. Congratulations to our winner! Thank you to all who participated!

I’ve been in this business since the days when people tapped out their stories on typewriters, copied their manuscripts, and then shipped them off to New York. (It really wasn’t that long ago!) Clearly this was before the advent of the Internet, so I learned about publishing mostly by networking with other writers and published authors. Local chapters of genre organizations as well as writer’s conferences were vibrant hubs for hearing news, meeting editors and agents, and connecting with other professionals.

I still learn about the fast-changing publishing business by networking with other writers and published authors. My lifeline is Novelists, Inc., a national organization of multipublished commercial fiction writers, and the conversations happen mostly on Yahoo Groups. I also gather a lot of information online, mostly by focusing on the musings of a few influential bloggers like J.A. Konrath, John Scalzi, and Kathryn Rusch.

Social media is such a powerful way to connect with readers, but developing a presence is a slow-building, brick-by-brick process. It’s less a matter of selling books than a matter of growing relationships. You’ll only see success over time.

It’s important to narrow down the venues. Keeping up with Facebook, Twitter, Goodreads, Tumblr, Reddit, YouTube, Google+, blogging, etc. can leave you little time to write novels. Personally, I have found my readers mostly on Facebook, so that’s where I hang out. Every writer should be on Goodreads, because that’s where the serious readers congregate, and just setting up a profile can help in discoverability. Recently I’ve started working with Twitter. The 140-character limit forces you to be short and witty, which is a lot of fun. Tumblr is a young audience, great for sci-fi, YA and New Adult writers. But if you try to do it all, you’ll never write another book.

I took a ten-year hiatus from publishing after the birth of my third daughter. My biggest stumbling block was trying to sell again when I returned to the business. I’d written a dozen novels prior to the hiatus, but many of my contacts had left publishing, and my previous résumé held little weight with a fresh crop of editors and agents. Like many women coming back into the workforce after taking family leave, I had to start over again.

It was very frustrating to spend two years trying to sell a novel, but I did what I always do in such situations—I went ahead and started writing something else, while still sending out queries for the first. I had several nibbles for the book, including an editor who had me doing revisions on spec—an editor who then left the company, orphaning me before I was officially sold. But at a speed-pitching event held by a local writer’s group, I gave my well-honed pitch to an editor at Hachette. She asked for the book, read it, and bought it within the week. I’m still writing for that house now. My latest was just released, Random Acts Of Kindness.

Well, I’ve had three, and how I got the first one is a boring story, so I’m going to tell you the sexier one about how I got my latest.

Remember how, after being on hiatus, I had such a difficult time selling my next novel?  Well, I first tried to get an agent. My previous agent and I had amicably parted ways because I intended to write in a genre that she didn’t represent. So I searched for a new agent and, having no luck, I went directly to editors.

The problem with being unagented is that many of the editors at the Big 5 Publishers won’t even look at your submission. So when I noticed that a local writer’s group was holding a speed-pitching session including an editor at a house that specifically didn’t take unagented submissions, I leapt at the chance to meet her face-to-face.  When she bought my novel, I was the only unagented writer in her stable of authors.

Later, having landed a contract on my own—and then another—I considered getting an agent again. Oh, what a different experience when you negotiate from an advantageous position!  I “dated” my potential new agent for months, getting to know her and her clients and the books she represented, until I felt sure that we’d be a good fit for the long term.

I tell you, this was the best way to choose an agent ever.

Many times, I hear of new authors who’ve done the grinding work of finding an editor willing to buy their books—after spending years querying—and then, under time pressure, they seek an agent—any agent—to represent them for the contract they themselves landed. My advice would be to hire a literary attorney to look over that contract, at a flat fee, to ensure that the terms are fair. Then, once you’re a writer contracted for publication, take your time finding the perfect agent, one who knows your market and, most importantly, loves your work.

You can probably tell from these stories that I believe patience and persistence are the two things a writer needs to be successful in publishing. This is true both in traditional publishing—when you have to wait months to hear back from agents and editors, and years to see a book on the shelves—and in indie publishing, which has shorter wait times, but requires more of a marketing effort to grow an audience.

But what’s most important for long-term success is the willingness to develop your craft as a writer. A successful writer seeks constructive criticism, uses it to improve her work, attends workshops on technique, experiments with story, and makes the work her priority, no matter how many books she’s got under her belt.

In the end, it really is the story that sells the book.

About Random Acts Of Kindness

In Random Acts Of Kindness, three women on an impulsive, cross-country road trip discover that a single act of kindness can ripple out into the world like a stone dropped into a pond, surging back to transform them in ways they never expected.

“Higgins writes with grace and humor, reminding us to hold tight to the ones we love.”—Luanne Rice

CONTEST: Leave a comment or a question for Lisa below by May 14, and you’ll be entered to win a copy of her book, Random Acts Of Kindness! U.S. residents only. This contest is now closed.