by Writer's Relief Staff | Apr 16, 2014 | Interview With An Author, Other Helpful Information | 10 comments 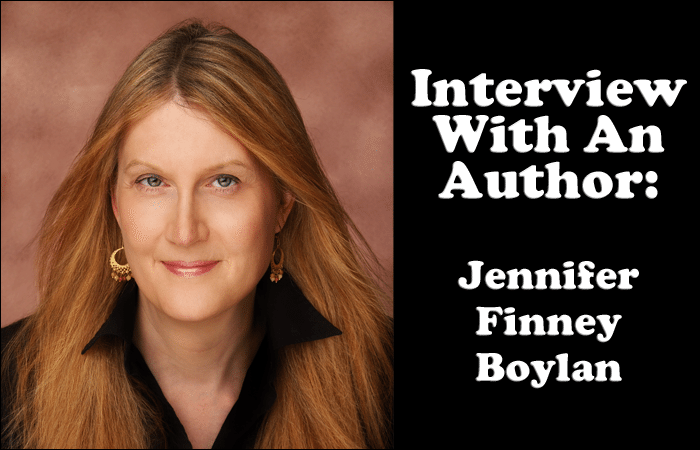 Professor Jennifer Finney Boylan is the author of 13 books, including the best-selling memoir She’s Not There: A Life in Two Genders and the newly released Stuck in the Middle with You: Parenthood In Three Genders (both from Random House). She is the national co-chair of GLAAD and serves on the Board of Trustees of the Kinsey Institute. Jennifer is a contributing opinion writer for the New York Times. A teacher at Colby College, she lives in Maine with her wife Deirdre, her two sons, and two black Labradors.

What was the biggest stumbling block or frustration for you as a writer, and how did you overcome it?

It was hard for me to write as long as I wasn’t really living honestly in the world. It is very hard to tell the truth in fiction when you are actually lying to everyone. Finally, after I came out as trans[gender], I felt like I had enough authenticity in my life to write.

Your nonfiction writing, which includes Stuck in the Middle with You, offers intimate glimpses into the family life of a transgendered person. How do you handle revealing so much of your personal life in your nonfiction? Was that an adjustment? How did you make the leap?”

Well, I’m pretty “out” as trans. I did think, early on, that I’d write one book about trans experience, and then that would be that. But I think these are stories that need to be told. I don’t mind being visible now. It’s like Mark Twain said—”If you tell the truth you don’t have to remember anything.”

I think it’s a necessary part of a writer’s PR tool kit these days. The trick is to raise the level of discourse from photos of dancing cats to talking about literature.

I got a job at Viking Penguin through a girlfriend who had recently quit there. I met the other editorial assistants—this is right after college. Seven years later, one of the editorial assistants had become an editor at Grove Press. I sent him my novel. He couldn’t publish it, so it sat around on the floor of his office for a while. A young assistant to an agent at ICM named Gordon Kato went to visit my friend and asked, “What have you got?” My friend showed him my novel. Gordon took it home, loved it, and wanted it. He asked his boss Kris Dahl if she would sign it. She said, “Great!” Kris Dahl has been my agent now for over 20 years, and she has stayed with me through best sellers, bombs, film deals, and sex changes.

My point here is: Just keep making friends and contacts and having adventures, and save everything. It’s amazing how everything comes around in the end.

Fill in the blank:

Rejection is… Normal, so get used to it.

This is pretty boring, but I try to write every day for an hour. 1,000 words, if I can. Sometimes it’s hard to keep that up, but if you’re always working, it becomes routine. In some ways, at the first draft stage, I believe in “quantity, not quality.” Roll up your sleeves and get to work.

Don’t bore people; be literary, but be entertaining.

Has a particular rejection ever been helpful to you? What were the details?

Rejection makes me sit on my back stoop and cry into my fingers. It happens all the time, even now. I try not to take it personally, but I always do. Then I get over it. And get back to work. 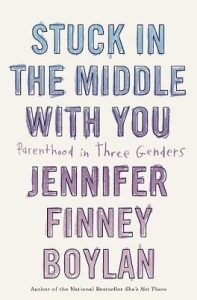 About Stuck In The Middle With You: Parenthood In Three Genders

Jennifer Finney Boylan was a father for six years, a mother for ten, and for a time in between was neither, or both—”like some parental version of the schnoodle, or the cockapoo.”  Stuck In The Middle With You is about the differences between motherhood and fatherhood; it is Boylan’s belief that “having a father who became a woman helped her sons, in turn, become better men.”

← Should You Fire Your Literary Agent? The 10 Signs That It’s Time To Say Good-bye The Libraries Of The Future: Coming Soon To A Library Near You →