Stop Sagging Middle Syndrome: 5 Plot Devices That Will Amp Up Your Story 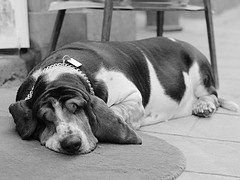 Summer is upon us, writers, and you know what that means: It’s time to get rid of that sagging middle!

Writers easily focus on beginnings and endings—but it’s often the middle of the story that’s a trouble area. It’s great when readers are drawn into your story from the get-go, but keeping their attention through the middle of the book is an entirely separate challenge.

For this reason, we at Writer’s Relief offer these five conflict-generating plot devices to amp up your story and keep your readers glued to the page.

Have your character lose something important. Is your main character a treasure hunter? Throw that map off the edge of a cliff. Is he or she from the future? “Accidentally” sit on that time-traveling watch.

By snatching the (metaphorical) compass out of your main character’s hands, you can cause him or her to wander into uncharted territory, opening up entirely separate adventures that, as a writer, will help you fill in your story’s middle. Just don’t lose sight of the final destination along the way.

Add some romantic tension. A little love interest can do wonders for a novel lacking conflict. But be warned: Love in the writing world is just as dangerous as it is in real life! Too little romance will make your readers feel like your characters don’t have any chemistry, while too much steam will derail your plotline and cause readers to skip pages just to avoid the unnecessary titillation.

Take it slow and give your characters a reason to fall for each other. The worst thing you can do is force two characters to fall in love without properly leading up to it, and you don’t want to reach the height of the romance too early in the story.

Kill off a character. Whoa! Put that knife down and let’s talk about this for a second!

Before you go chopping the heads off any character you see fit, stop and think about who is truly expendable. Sometimes a teacher, mentor, or best friend’s death can give your main character the traumatic push necessary to complete a goal he or she had otherwise lost the motivation to achieve.

But remember that death is, typically, permanent; so while killing off important characters may seem like a good idea, you may find yourself lacking subjects to write about if you do it too frequently or too early. Also, a meaningful death will have consequences, and you don’t want to rush the grieving process. Killing off  main characters can be great, but take caution: It can be just as fatal to your novel as it is to them!

Despite how heartbreaking it may be to turn one of your characters over to the dark side, betrayal is an excellent plot device that doesn’t require permanently removing a character from the story. Not only does it add both external and internal conflict, but it can also alienate your main character for a while, giving him or her time to experience more personal growth and adding another adventure to your story.

If you play your cards right, you can even redeem the betraying character before the end of the story, adding constant tension (will he/she betray the main character again?) and giving your main character access to otherwise unobtainable information on the antagonist of your story.

Reveal the true antagonist. Your main character just killed his wife’s kidnapper? Congratulations! But who hired him, and who’s that lurking in the shadows…?

It’s not uncommon for stories to have more than one antagonist, with the first being somewhat of a lackey compared to the true villain. If you find your initial antagonist lacks the motivation to continue battling your protagonist, or your protagonist has simply outgrown your antagonist, it might be time for a replacement.

This can be a great move for your story on several levels: On one hand, you can introduce a more distinctly “evil” antagonist that sends your main character on a new journey; on the other, you can build up to the replacement by humanizing your first antagonist to the point where he could become an ally at a crucial moment!

It’s important to keep some level of conflict going throughout your story, even if your character gets some downtime between major events. Few readers are drawn in by large sections of a novel where everything is handed to your character on a silver platter. Using these devices—and many others—can add conflict to your story, which will in turn give you more material to tighten and trim your sagging middle.

QUESTION: What plot devices have you used when you want to amp up your story’s tension?