New Adult Fiction: The Next Big Thing In Publishing? 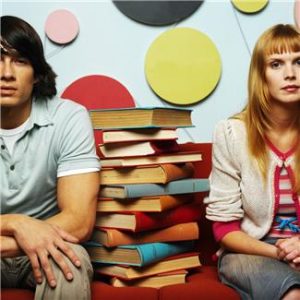 The book genre of “new adult” fiction has been around for a while (since it was first proposed by St. Martin’s in 2009). But only recently has the lingo begun to pick up speed in the conversations and chatter at writers conferences.

More and more, publishers are starting to recognize new adult novels as fitting into their own genre. For a while, the idea of a new adult book was looked upon as a marketing scheme, and many people brushed off the term as a fad. But as indie and self-published authors pushed the genre, the new adult genre began to take off. And now big publishers are paying attention.

New adult fiction, people are saying, is “the hot new thing.” Agents want it; editors want it. But does anyone know what it is?

What Is New Adult Fiction?

In general, new adult books are targeted toward readers who have graduated from young adult but may not quite be ready for adult books. Some people characterize the target new adult reader as being either college aged or between the ages of 18 to 30.

Thirty, you say? Yes. New adult books are often considered crossover books that can reach both adults and older teens. In general, these are bildungsromans that center on a young adult’s journey into adulthood (that usually results from a fading innocence and entry into the world of complicated adult issues and responsibilities).

New adult books can be racier and more violent than young adult books in that sexual situations and violence can appear on the page a bit more (as opposed to being alluded to but not detailed). Publishers have used the “new adult” label to target readers who were allegedly “lost” between young adult fiction (up to 18 years old) and general adult fiction, which tends to target older readers (29 to 55, give or take).

Some have criticized the new adult genre for its “mature themes” and have linked its popularity to the success of Fifty Shades of Grey. There’s some speculation that “new adult” is just a fancy new term that allows authors to writer sexier books for younger (ostensibly over 18) audiences.

These days, publishers are racing to find the best new new adult books out there. According to the chatter at writers conferences, new adult projects are automatically hot commodities just by virtue of their genre. At the moment, new adult is a good place to be.

How Do You Know If Your Book Is New Adult?

Your character’s central conflict might be the most important factor in determining if your book is new adult. Are your characters at a time in their lives when they face important, first-time, adult experiences, such as:

How Do You Know If Your Book Is Straight Young Adult?

Also, young adult novels tend to eschew too much bad language and explicit sex or violence—though some say the limits of explicitness are constantly being pushed.

Question: Do you think publishing needs a “new adult” genre?