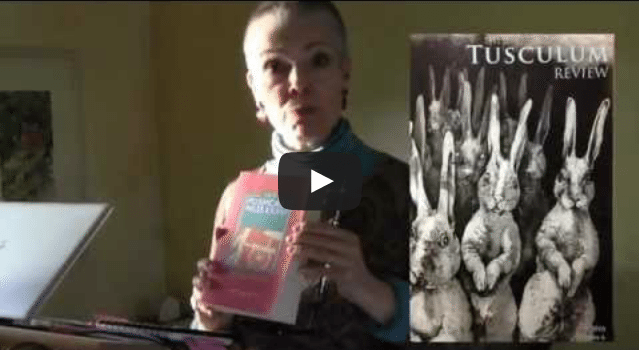 Meet our Featured Client, Irene O’Garden! Irene is an author of many talents, at once a poet, essayist, and writer of short stories. All of her work shares her unique voice, specifically her knack for vivid description. She uses unusual, sometimes abstract metaphors to portray people, places, and objects, and the result is always a startlingly clear mental image for the reader. Irene’s publication history reflects her talent, as her work has received a Pushcart Prize and appeared in reputable journals such as The Alembic, Atlanta Review, and Sanskrit, among many others. Click to watch her video.

In Irene O’Garden’s Own Words

A Funny Thing About Writing

When I’m making preliminary notes or roughing in a piece, it doesn’t really feel like writing. That’s just getting something down. When I go back over it, restructuring, rewording, flipping through the thesaurus, that doesn’t feel really like writing either. That’s just retouching. It doesn’t really feel like writing either when I do the final polish. That’s only tweaking. In front of me is a piece of writing which I have written without ever actually feeling like I was writing it. When do I get to feel like I’m writing?

Silly me. While none of these actions feels like writing, all are necessary to complete a piece. Writing is a process, and Writer’s Relief has been my final step for years. It’s a most rewarding one. We undertake this process because we have something to share. The caring and careful staff of Writer’s Relief finds people who are looking for what we have to share, and who themselves share it further. This is deeply gratifying for any writer and sparks us to write even more. A gracious cycle, indeed. Thank you, Writer’s Relief.

Irene O’Garden’s critically acclaimed play, Women On Fire (Samuel French), played sold-out houses Off Broadway at the Cherry Lane Theatre and was nominated for a Lortel Award. She won a 2012 Pushcart Prize for her essay, “Glad To Be Human,” available in e-book form from Untreed Reads. O’Garden’s writing is anthologized with Eleanor Roosevelt, Maya Angelou, Gloria Steinem, and others in The Greatness Of Girls. Her book, Fat Girl, was published by Harper, and her work has appeared in many literary journals. In 1987 O’Garden founded The Art Garden, a performing literary magazine. After producing, hosting, and writing for it for 25 years, she recently put the garden to bed. Visit Irene’s blog!