Can You Make Up Dialogue In Memoirs Or Nonfiction Books? 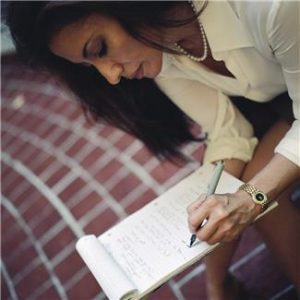 Writing dialogue in memoirs or nonfiction books makes people nervous. And with good reason! Novelists base their work on fabrications of varying extents; memoirists and writers of narrative nonfiction have to be prepared to stand behind their every word as fact.

So, if nonfiction is about fact, then what should a writer do about writing dialogue in nonfiction if he/she doesn’t know or remember exactly what was said?

1. Dialogue is purely representative. People from this school say that dialogue in memoir (and even some nonfiction books) doesn’t have to be verbatim. After all, nobody expects a writer to remember exactly what his/her mother was chatting about that sunny morning in June forty years ago.

Representative dialogue gets at a larger truth even though it, by necessity, must sacrifice those smaller truths, like whether or not Mom said “I never cared for broccoli” or “I don’t like broccoli.”

Memoir writers are particularly inclined to embrace representative dialogue, though some writers choose to stay away from dialogue entirely unless is it absolutely necessary. That way, writers can minimize or downplay a lack of perfect word-by-word recall.

Other writers fully embrace dialogue with the same gusto that some novelists do. They believe it’s the representative truth that matters. Ultimately, it’s a personal choice.

2. If you write it down, it must be totally factual. Some writers who branch out of memoir (and even some memoir writers) are sticklers for pure, provable fact. Some writers avoid dialogue if they don’t have the wording exactly right. Some authors use court documents as resources. Some have recordings, letters, etc.

Whatever the primary material, the result is the same. These writers are very protected by documents that corroborate their dialogue, which could be helpful in the event of a lawsuit. Plus, their books tend to be considered highly authoritative.

Read more: Creative Nonfiction: How To Stay Out Of Trouble

3. A little gray is a-okay. While some writers are open to transcripts and written documentation for dialogue, they also believe there’s a time and a place for a little conjecture, streamlining, or tweaking for clarity.

Let’s say a key moment of a nonfiction book has finally arrived after three hundred pages, but the biographer just doesn’t know for certain what the subject said. Until now, the dialogue has been based closely on documents (even if it’s not included verbatim). Now, for this key moment, there’s nothing on record. What to do?

In this case a writer might believe that an educated guess is harmless. And any possible amount of damage may be trumped by the emotionality of the moment and the necessity for a bit of dialogue.

What You Can Do About Your Book’s Dialogue

If you’re worried about misrepresentation issues because you’re essentially making up some of your dialogue, it might put your mind at ease to find ways to relate to the reader that you’re really not claiming to be 100% accurate in your dialogue.

First, you can include a sentence in the “author’s notes” section of your book, stating your position on dialogue.

Second, you can use cues within the text itself to denote dialogue that is more conjecture than fact. For example, “I remember she said something like…” However, you may want to do this sparingly, or your dialogue will begin to get annoying. Plus, most readers understand that a writer can’t know every word that was said and that a certain amount of representation may be involved.

Finally, if you as a narrator have a role in your own story, you might say something along the lines of, “It’s hard not to imagine Suzy running to her friend and saying ‘Oh, Thank God. I was so worried. Where have you been?”

Once you settle on your own personal feelings about using dialogue in nonfiction, just be sure you’re being as accurate and transparent as you possibly can. Dialogue can enliven a project, or cast doubts on a project’s position as a reliable source. Know yourself, your intentions, and your audience, and you’ll be fine.

QUESTION: What’s your philosophy on dialogue in nonfiction?