Think Like A Doctor: Diagnose And Cure What Ails Your Book 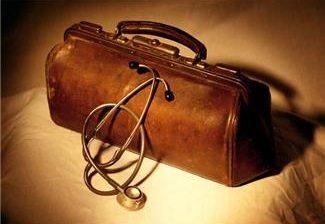 One of the most important skills you can have as a writer is the ability to detach yourself from your work and diagnose its weaknesses objectively—as if you were a doctor examining a patient.

We all get married to a word, a turn of a phrase, a paragraph that is stylistically glorious. But what may showcase your prose style may also detract from your book’s plot (and vice versa). It takes the ability to look at your work in a clinical manner—with you as the cool, dispassionate, detached doctor whose only mission is to diagnose and cure the ills.

It is not easy—we all get emotionally involved with our work—but with practice you can become your own book’s best doctor. You diagnose the problems and you devise the cures. Sometimes only an aspirin will be needed; other times a scalpel will be required; and sometimes, unfortunately, only radical, risky surgery will save the patient.

What’s Up, Doc? How To Diagnose And Treat What Ails You (And Your Book)

Symptom 1: Your story starts out exciting, but then turns boring.

Diagnosis: You put on your white coat, step back, and analyze why. You deduce that there is too much “filler” instead of high-tension story. Your professional opinion: midsection prolapse or, more commonly, saggy-middle syndrome.

As a good doctor, it is your job to know what type of conflict will best suit your book: whether to introduce a series of small conflicts or one large conflict that runs the length of the story. Not only do conflict and conflict resolution make for more interesting reading, but they also fulfill the natural human urge to take sides—to root for the home team—thereby more fully engaging your reader.

When deciding how to introduce conflict, make sure to observe the Hippocratic oath and, above all, do no harm. Don’t overprescribe and introduce too much, or contextually inappropriate, conflict. And promise that you won’t morph from a skilled doctor into a quack by introducing easy-way-out conflict resolution devices like the deus ex machina!

Symptom 2: Readers finish your book, but are left feeling empty; they just didn’t feel a lot of emotion. 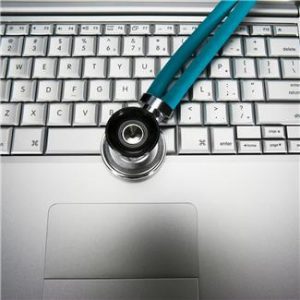 Diagnosis: After considering all the options, you diagnose the problem as empathy reuptake inhibition, or in layman’s terms, anemic character syndrome. You determine that your characters are not empathetic; that they lack personality; that they are neither likable nor hateable. In a word, they are blah.

Cure: Doctor, give them an injection of steroids. Punch up your characterizations. Make your heroes more relatable and your villains more detestable. But also give your heroes flaws that make them human, and your villains attributes that make the reader, if not sympathetic with them, understanding of how they came to be the way they are. Read more: Characters We Love To Hate: How To Pull Off Unlikable Characters.

Transform every character not into a stereotype, but an archetype. That is, describe them so vividly and have them behave so consistently that a reader will know who you are talking about, even when the name isn’t given. And by drawing the characters so clearly, when they say or do something out of character, it makes it all the more impactful.

Cultivating the ability to analyze your work clinically, as a doctor would an ailing patient, will pay huge dividends. It often means swallowing one’s pride, but the end product makes it all worthwhile!

QUESTION: How good are you at dispassionately critiquing your own work, diagnosing its flaws, and then curing them? Do you often take a scapel to your work?