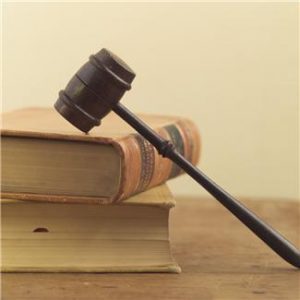 If you’re a writer, you’ve probably been exposed to the classical mythology of the publishing industry. No, we’re not talking about editors with winged sandals shuttling manuscripts between city skyscrapers, or publishers sitting like Zeus with his thunderbolts in the clouds, looking down on the helpless little writers of the world.

We’re talking about the myths that writers and others in the publishing industry perpetuate about books and literary journals, even though they are mostly inaccurate. Read on as we lead you through the labyrinth of publishing myths, and we take them down like Theseus tackling the Minotaur.

Myth #5: The publishing industry closes down in the summer.

Truth: The publishing industry is a major business. Though the stats vary, rumor has it that book publishing is nearly a $30 billion per year business. Can you imagine the industry “suits” sitting at a conference table telling their team, “Let’s just take a breather this summer—I don’t really need that new Jaguar after all”? Neither can we.

Why the myth persists: Some publishers will close early on Fridays in the summer—the theory being that editors and others will take projects home with them to read. And, of course, since colleges aren’t open in the summer, some university-affiliated lit mags will put a hold on active reading. But the fact remains that most people in the industry don’t have the luxury of kicking back and taking a long summer vacation. Time is money, people! Time is money.

Myth #4: All you need is one book published to make it big.

Truth: Even though some people believe that just getting one book published by a major house will send a writer’s career into Times List-topping glory, very few writers shoot right to the top. Most have a long, slow climb ahead of them. Take author Robyn Carr, who’s been hitting the best seller lists regularly of late. In one keynote speech at the NJ Romance Writer’s Put Your Heart In A Book Conference, she told listeners (we paraphrase): “I’m an overnight success, and it only took thirty years to get here.”

Why the myth persists: Writers who skyrocket to the top with one book are like fireworks in the night sky; it’s hard not to pay attention to them. Next thing you know, the media’s doing page one stories about the latest newbie to hit the bookstands, while those authors who have been footslogging to the mountaintop are relegated to page fifteen. On first glance, one might think instant fame is a matter of having one book on the shelves.

Myth #3: If I get a traditional publisher, I won’t have to worry about promotion.

Truth: Err! Wrong. Major publishers tend not to dedicate their advertising dollars to the new kids on the shelf. It has to do with the old 80/20 rule. Of all books published, only about twenty percent are said to turn a profit. So, of course, publishers put their advertising bucks behind books that they know will sell. And if/when a new writer’s book begins to take off by word of mouth, then they’ll start pumping the advertising dollars to oil the gears.

Why the myth persists: First, there’s a long held rumor that back in the old days (when dinosaurs still walked the earth), publishers published fewer books and therefore were able to more effectively “get behind” their individual publications (because of new models, they are willing to risk publishing more books, which gives more writers a chance). Second, we writers are wishful thinkers. Do we want our publishers to take on all of our promotion and advertising? Of course! But that’s just not how it goes.

Myth #2: You have to know somebody.

Truth: Publishing is actually one of the few industries you can break into if you don’t know anyone. Heck, you can get published even if you’re a hermit who lives in a cave on a Colorado mountain and still uses a typewriter. If the writing’s appealing/timely/dazzling, that’s what matters most.

Why the myth persists: First, let’s face it: While you don’t have to know somebody to break in to publishing, it certainly doesn’t hurt. Many people do break into the book world (and into the lit mag market) because they have connections with editors and others. So from the outside, it can be easy to write off (get it?) the whole industry as being about “who you know.”

But the truth is, many writers continue to make successful connections the old-fashioned way: by making online or paper submissions.

Myth #1: You have to be published to get published.

Truth: This might be the most unfortunate and most widespread myth about the publishing industry. Sure, it absolutely helps to have a good author bio (we’ve said as much many times). “Smaller publications” can go a long way toward indicating that a writer is a potentially rising star.

We at Writer’s Relief see new writers published regularly. It’s happening. And it makes our staff of hardworking submission strategists do a happy dance when it does.

Why the myth persists: Yes, it’s hard to get those first publication credits if you don’t know the proper way to make submissions (if you don’t know, ask us for help). Certainly, writers who have a proven track record tend to get recurring book deals.

But consider this: Any writer you can think of—any writer—was unpublished at one point in time. New writers do break in with strong projects and professional submissions.

A professional writer is an amateur who didn’t quit. —Richard Bach

If you would like some help preparing, researching, and polishing your submissions to literary agents and/or literary journals, contact Writer’s Relief!

QUESTION: What do you think is a myth about the publishing industry?