Literary Locales: What Great Books Teach Us About Setting 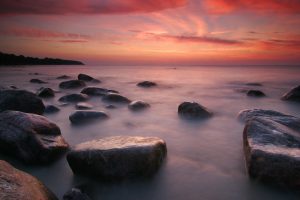 Whether or not they mow their own lawns, writers need to be landscapers. The landscapes (aka settings or locales) of books, stories, and poems can be just as important as characters, plot, and prose style in making a creative work bloom.

We’ve written in the past about how to make your landscapes multitask within your narrative, so we thought we’d offer examples of famous novels with memorable landscapes (novels many of our well-read blog visitors know well!). Why are these landscapes appropriate to these books? Why do they resonate with readers? We can all learn something from the way super-skilled authors establish settings.

Do A Self-Check: Does your story or book have a setting that comes to life? That is a character in and of itself? How does the setting of your work stack up to these all-time greats?

The Time Traveler’s Wife by Audrey Niffenegger. Chicago is a stellar setting of this 2003 debut novel that spawned a 2009 movie. Niffenegger spins out scenes in The Field Museum, a library, restaurants, punk-rock clubs (back in the day), and elsewhere. The Windy City is portrayed as a vibrant, appealing place—which makes it all the more poignant when involuntary time traveler Henry is continually yanked away from his home and his beloved Clare. He doesn’t even get the recompense of visiting 1908, when the hapless Cubs last won the World Series.

Middlesex by Jeffrey Eugenides. In this Pulitzer Prize-winning 2002 novel, Detroit is an almost palpable character that adds immeasurably to the story. That’s because the city in Eugenides’ 1920s-to-2000s saga was and is as divided as Middlesex’s gender-conflicted protagonist. Black and white; poor and rich; run-down and gentrified; Detroit has many contrasts. And it doesn’t hurt that the author of this seriocomic novel is a Motown native who knows things like the need to travel south from Detroit to reach part of Canada.

The Grapes of Wrath by John Steinbeck. In this 1939 classic, the Joads travel west from Oklahoma farm country to a hoped-for better life. Steinbeck wasn’t from the Sooner State, but he researched the heck out of the place before writing The Grapes of Wrath. His grimly magnificent depiction of drought-plagued, agribusiness-encroached Oklahoma rings true as he viscerally shows why the Joads have to leave the land they loved. And the word images Steinbeck paints of the lush California countryside make it especially heartbreaking when poor arrivals like the Joads get shut out of all that bounty. It’s a Golden State where the rich don’t play by the golden rule.

The House of Mirth by Edith Wharton. There are countless writers who have set their novels in New York City, but few are as accomplished as Wharton. In this 1905 book, she tweaks the idle rich while chronicling the struggles of the not-quite-rich Lily Bart. Wharton’s descriptions of Fifth Avenue, city mansions, and lavish parties immerse readers in those sumptuous settings. The author periodically leaves this gilded milieu for scenes featuring the non-wealthy—giving the book even more depth. Wharton (nee Jones) was born into money herself; the phrase “keeping up with the Joneses” was reportedly first used to describe her father’s family. 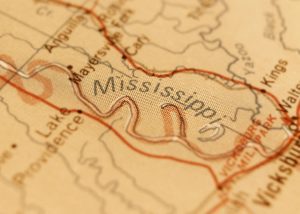 Adventures of Huckleberry Finn by Mark Twain. In this renowned 1884 novel, the Mississippi River and its environs come alive under the magical pen of Twain—a pre-Civil War pilot on that waterway. Twain contrasts the beauty of the Mississippi’s southern portion with the racism, scamming, and other not-so-beautiful things that happen in and near there. But the river is also a place to have fun—and for Jim to possibly find freedom from slavery.

Here are some other books with a wonderful sense of place:

If you have any creative writing with an element of place, you might want to check out these literary markets:

Question: Which books do you admire for their sense of place?