Characters We Love To Hate: How To Pull Off Unlikable Characters 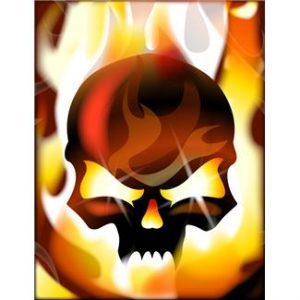 What is it about characters from literature who are awful, miserable, hideous people? What makes them so awesome?

The answer is: Brilliant writing.

(That and the fact that they’re fictional, as opposed to being the people who live next door!)

Writers who ask readers to pal around with hideous characters—especially when said characters are MAIN characters—are asking a lot. So there must be a serious payoff to make the reader invest in the misery of hanging around with unlikables.

What techniques do authors use to create characters and antagonists we LOVE and HATE with equal fervor?

We took a look.

Why we hate him: Humbert isn’t just unlikable…he’s nauseating and worthy of being reviled. Dude: Even if Lolita were a manipulative vixen, she’s twelve! Hands off, Humbert!

Why we love him: Okay—love might be kind of a strong word for Humbert. But we LOVE how Nabokov makes him a comic figure as opposed to one we must take seriously. Humbert’s pathetic, self-deprecating, and often hilarious narrative is (almost but not quite) his salvation.

The lesson: A great voice can go a long way toward empathy (or at least, fascination).

Paloma in The Elegance of the Hedgehog.
Why we hate her: At one point, this precocious twelve-year-old is referred to as “the judge of the world.” She’s judgmental, elitist, cynical, and unkind. She’s so disappointed in humanity that she plans to kill herself on her thirteenth birthday. Fun times.

Why we love her: She’s also fascinating. Her insights about the world are marvelous. It’s impossible to look away. And beneath her prickles, she also has a vulnerability we can’t help but love.

The lesson: Dazzling insight can make even the most bitter pill a bit more palatable.

Severus Snape in Harry Potter
Why we hate him: We can all hear him (well, Alan Rickman’s version of him) growling “Potterrrrr.” He is snarky, cruel, foreboding, and always there to give Harry and his buddies an incredibly hard time. And, come on, no one really believed that he wasn’t secretively working for Voldemort despite Dumbledore’s faith. We all shared Harry’s certainty that Snape was a creep with a capital “C”.

Why we love him: One word: Redemption. Never before has a character made such a posthumous 180 in literature from heartless to a man with an unparalleled capacity to love. The seeds were planted right there from the beginning, but none of us could see it. It made us cry, it made us scold ourselves for being so hard on him, and it even made Harry honor him by giving one of his children the horrible name “Severus.”

The lesson: Readers love to be surprised, and they especially love when it turns out that the bad guy wasn’t bad so much as misunderstood.

Patrick Bateman in American Psycho.
Why we hate him: It’s believed that he’s a psychopath killer. Nuff said.

Why we love him: Again…there’s that love word. Author Bret Easton Ellis keeps us hanging in through American Psycho in part because Patrick ultimately longs to be caught and stopped. But in the messed-up world that he lives in (perhaps in his own mind), Patrick gets away with murder in unbelievable coincidences of (bad?) luck. Ultimately, he becomes a tragic figure in a tragedy of his own making—and it’s hard not to feel some emotion for him.

The lesson: Bad characters who want to be saved from themselves really tug the heartstrings. 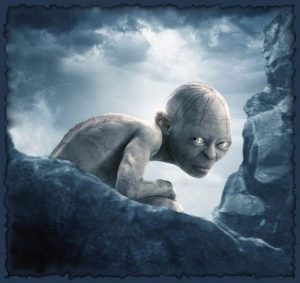 Gollum/Sméagol from Lord of the Rings.

Why we hate him: Gollum commits murder in order to acquire the Ring. He’s devious and ruled by greed. His mind has been twisted by the power of the Ring.

Why we love him: Essentially, he’s a slave to the Ring. It’s hard not to feel a little bad—he was just in the wrong place at the wrong time. If he’d never encountered the Ring, who knows what kind of character he might have been. Tolkien shows us how vulnerability makes a “bad” character more worthy of our sympathy. He also shows how fate can play a big part in how readers will relate to characters, even bad ones.

The lesson: Vulnerability and pathos can make us weep with sympathy, even while we wouldn’t trust this character farther than we could throw him.

QUESTION: What elements do you think make an unlikable character very “readable”?