50 Shades of What? The Great Library Circ Desk Fiasco of 2012 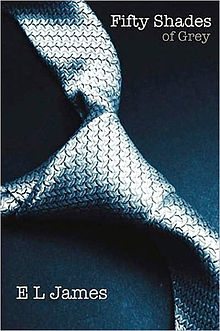 The story line of 50 Shades of Grey might be a little light on plot (and heavy on whips and handcuffs). But the story of the book itself is riveting.

Here’s how the book originated, according to Wikipedia:

The Fifty Shades trilogy was developed from a Twilight fanfiction originally titled Master of the Universe and published episodically on fanfiction websites under the penname “Snowqueens Icedragon.” The piece featured characters named after Stephenie Meyer’s characters in Twilight, Edward Cullen and Bella Swan.

Now, everyone’s reading the book—some with joy, some with groans over prose that’s been called “clunky,” among other things.

50 Shades of Grey found a home at a small press, then exploded into the public eye. Now, Random House is distributing it. Over 10 million copies and  movie rights have been sold. People are going all weak in the knees over its troubled, twisted hero and its, um, accommodating heroine.

Yet, in spite of the book’s popularity, some libraries are refusing to stock it. And the arguments over whether or not the book should sit on library shelves are reminiscent of old-timey hullabaloo over the great banned books of literature.

Here’s what the New York Times tells us about one big problem that 50 Shades is stirring up.

Despite his assessment that the works are “of mixed literary merit,” Tim Cole, the collections manager for the Greensboro Public Library in North Carolina, explains his decision to stock 21 copies: “This is the Lady Chatterley’s Lover of 2012. Demand is a big issue with us, because we want to be able to provide popular best-selling material to our patrons.”

Bucking the trend, Ken Hall, library director in Fond du Lac, Wisconsin, commented on responses to his decision not to stock the Fifty Shades of Grey trilogy by E L James (on the basis of perceived lack of literary or artistic merit): “With this type of book, we will get somebody questioning our decision no matter what decision we make. We live in an age where people don’t like to talk about gray areas. No pun intended.”

From where we stand, the gray areas surrounding 50 Shades are more than gray: They’re a black hole. This underdog novel may come to affect the industry for years to come.

Libraries have increasingly small budgets for books: Should they stock the texts the people need? Or the ones they want?

And is it a librarian’s job to determine what gives a book its merit (or lack there of)? Or is the entire debate just the effect of trickle-down Puritanism about behind-the-bedroom-door behaviors?

QUESTION: Should libraries stock a book like 50 Shades of Grey? Or should librarians not stock books that they feel are without literary merit?