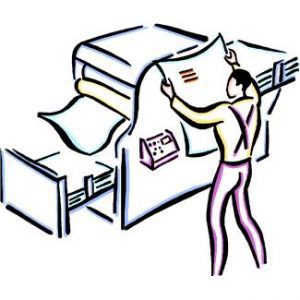 Some books, no matter how awesome they are, just won’t be a hit with the big six New York publishers. The bigger the publisher, the bigger they want their profits to be.

Here are just a few types of books—there are many more—that may be especially well-suited to self-publishing. (NOTE: Often, independent presses are open to alternative books too.)

Seven Book Types That Were “Born” For Self-Publishing

Projects of alternative lengths. A publisher might say there’s no market for your 30,000-word memoir or your 150,000-word novel. But that doesn’t mean you can’t create a market for it if you’ve got the excitement and drive. Read more: The rules of genre fiction books.

Regional market books. Are you really into hiking trails in a specific region? Or maybe the folklore surrounding a certain river? Or the best restaurants for romance in a given city? Tapping into a region’s “branding” is a great way to sell books in that region (and beyond). And while international publishers might not be ready to publish a book that won’t sell outside of a certain region, many local book stores, libraries, and tourist spots are willing to carry self-published books about relevant topics.

Niche market books. Perhaps you’d like to turn your blog about having a very rare illness into a book in order to help people who  are in your situation. Self-publishing is a great way to do that. Maybe your audience isn’t huge, but it’s important. Or maybe you’re a vegan creating a book of low-carb slow cooker recipes. Again, not a huge market. But if that’s something you’re into anyway, why not publish a book? You’re probably not alone, and there’s a group of people out there who may be waiting for a book like yours to come along.

Stories that need to be told. Sometimes, having a story that’s burning to be told is enough of a reason to self-publish. Perhaps you want to share and preserve the story of how your grandfather survived a decisive battle in World War II in an unusual way. Perhaps you want to set the record straight about an unknown element of a high profile court case that has personal meaning to you. Even if big publishers aren’t interested, self-publishing can lead to emotional (and possibly financial) reward. Read more: Is it worth your time to write a memoir?

Mixed genre collections. Books that are combinations of poems, stories, essays, etc., often stump big publishers because they’re not easy to market with pinpoint accuracy. Self-publishing might be a great alternative.

Poetry collections. So few big publishers are putting out poetry collections by a single author. These days, there are various alternative methods to get a poetry collection published. Self-publishing is a viable option, especially if you’re hoping to sell copies at your open mike and library readings. Tip: Before you publish, know the current industry etiquette regarding previously published writing.

Books that don’t play to trends. Just because a book doesn’t feel fresh and trendy to a publisher, doesn’t mean it’s not relevant. For example, according to this article, Lionel Shriver’s book The New Republic was passed over by publishers in 1998 because of its angle (a satire on terrorism and journalism, among other things). In the mid-2000s, the book’s ironic voice was out of fashion and the topic was taboo.

Finally, in 2012, the book was published—but by then, many reviewers dubbed it a bit antiquated and out-of-touch. We wonder if the book would have been received differently if the author had chosen to self-publish it when it was completed.

Of course, these are just a few of the kinds of books that can do especially well in the self-publishing market. The sky’s the limit! If you’re not sure if you’re ready to self-publish, take our self-publishing self-test.

QUESTION: Have you ever bought a self-published book?