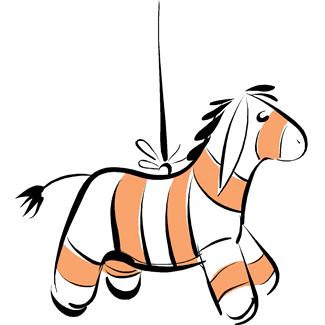 Even if you’re not of Mexican heritage, you can still celebrate!

Writers: Here’s a list of the key phrases in a writer’s life—in Spanish. And, actually, we think they might sound better in Spanish. Why not try them out today?

(What do you mean Oprah won’t take my call?)

(Want to hear my elevator pitch?)

(No, my book doesn’t contain vampires.)

(Excuse me while I nod politely and pretend to recognize your agent’s name.) 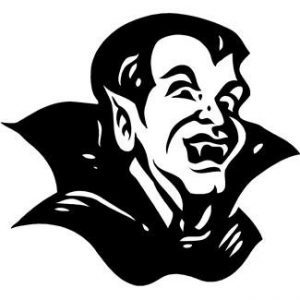 (Make mine a double.)

Repeat above as needed.

(Will read for food.)

We’ve also compiled a list of just a very few of the fantastic Mexican-American writers who have made important contributions to American literature. Consider this your Cinco de Mayo pinata—only it’s filled with poetry and prose instead of gum and lollipops. Sweet!

Rudolfo Anaya – Considered a “founder” of the canon, may be best known for Bless Me, Ultima, a coming-of-age novel set in rural New Mexico.

Oscar Zeta Acosta – Pals with Hunter S. Thompson and supposedly an influence on Fear and Loathing in Las Vegas, this novelist was also a vocal activist lawyer until he vanished in 1974.

Sandra Cisneros – The House on Mango Street blew readers away with fascinating voice and perspective, heartbreaking emotion, and flavors of bilingual experience.

Josefina Niggli – Her book Mexican Village was said to be one of the first books to reach the general reading public (in 1945).

Gary Soto – The Elements of San Joaquin, the author’s first poetry collection, features poems that focus on daily experiences of life and culture. We have to mention this Joyce Carol Oates quote: “Gary Soto’s poems are fast, funny, heartening, and achingly believable, like Polaroid love letters, or snatches of music heard out of a passing car; patches of beauty like patches of sunlight; the very pulse of a life.”

Luís Alberto Urrea  – The Hummingbird’s Daughter dazzled readers with the larger-than-life true story of the author’s aunt, a healer who sat up and spoke at her own funeral, among other astounding things.

Luis Valdez – His play Zoot Suit in 1978 Los Angeles was a hit. It kicked off his career and led him down a path that included directing the movie La Bamba, about rocker Ritchie Valens.

QUESTION: Which phrases, and writers, did we miss?