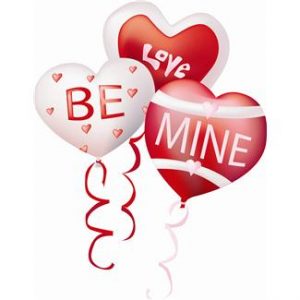 And no, we’re not actually talking about Lincoln’s birthday. It’s Valentine’s Day—a time when writers think about the important romances in their lives…even the fictional ones!

One way to be sure that YOUR love story will capture the hearts of audiences everywhere is to study famous fictional couples. We looked at some of the most well-known love stories out there in order to see how great authors made memorable love matches.

Here’s what we found: When it comes to literary love stories, there are no half measures. Characters who fall, fall hard. A wishy-washy love story is a forgettable one. Passion is far and away the most vital element of a memorable love story. It’s not enough for a character to merely desire love; it must seem necessary in some way. Passion must be so compelling that love becomes as vital to the characters as air.

There’s no rule book for passion. But read on to see what key ingredients authors use to create stories of great romantic passion.

Jane and Rochester in Charlotte Brontë’s Jane Eyre. This romance for the ages offers tremendous templates for present-day fiction writers: a woman and man who come from very different economic circumstances overcome huge obstacles before they (sort of) live happily ever after. Here, passion is punched up because of class differences (among other things). The fact that these characters can overcome their differences speaks to the depth of their emotions. Also, Brontë tells the story from the viewpoint of one character (the admirable Jane) rather than using an omniscient narrator, which makes the question “What is Rochester hiding?” all the more engaging.

Edward and Bella in Stephenie Meyer’s Twilight books. Popular contemporary fiction can also offer love stories that capture and hold the public’s attention. Edward is hundreds of years old and ostensibly has met tons of women, but he falls for insecure, boring, and painfully earnest Bella. Their relationship is portrayed as inevitable, destined, and fated—even if it’s not entirely credible. The sense of being “meant for each other” and “part of something larger” can be crucial components of compelling love stories. Passion as destiny is often a big hit.

Newland Archer and Ellen Olenska in Edith Wharton’s The Age of Innocence. A couple might seemingly be “meant for each other,” but that doesn’t always mean things will work out. One person can have other relationship obligations, or the couple might be stymied by societal pressures. A big writing lesson Wharton expertly “teaches” is that authors can break the hearts of readers while still leaving them very glad they read the heartbreaking work. In this book, a lifelong passion is never fulfilled and yet it doesn’t die; that’s part of what makes the book so powerful.

Jack Twist and Ennis Del Mar in Annie Proulx’s “Brokeback Mountain.” This famous short story about two ranch hands shows that fictional love sagas don’t have to star heterosexual characters. It also shows that a secretive romantic relationship is one way to make a short story or novel engrossing. “Forbidden love”—that is, love that’s not approved by the other characters in the story—is a recurring motif in memorable love stories. Passion that can’t fully be expressed causes all kinds of complex emotions in characters and readers too.

Gogol and Maxine, and Gogol and Moushumi, in Jhumpa Lahiri’s The Namesake. Both of these relationships are far from ideal, but they exemplify some of the romantic experiences of immigrant children in our nation of immigrants. In this 2003 novel, Gogol, the Indian-American son of immigrants, has a serious relationship with the Anglo-American Maxine before marrying fellow Indian-American Moushumi. The contrasts and similarities between two relationships fuel this memorable story. When passion is tangled up in culture, the resulting imbroglio can be complex and meaningful on many levels.

Adam and Cathy Trask in John Steinbeck’s East of Eden. Of course, there are also some romantic train wrecks in great literature. The Trask marriage is an example of a disastrous one-sided match—with the besotted Adam loving Cathy (at least at first), but the evil Cathy not capable of loving anyone. This is meaty material for the great Steinbeck, or any writer. It’s memorable in part because it delves into the dangers/risks of falling in love.

P.S. Take our Love Story Self-Test to see if your love story (or romantic elements) stacks up to the greats!

QUESTION: Tell us some of your favorite fictional couples! And what is it about them that can help writers create their own romantic twosomes?

← Amazon Plans To Open Physical Stores
Will Your Characters’ Love Story Stand The Test Of Time? Take Our Self-Test! →