Do You Dream In Paragraphs? Mine Your Dreams For Writing Ideas 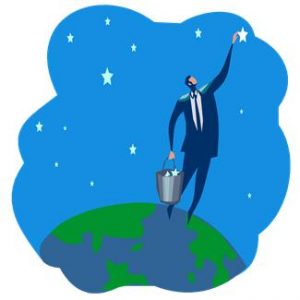 Awake or asleep, creative writers are dreamers. But what’s the connection between writing and the dreams that come of their own accord at night? And how can a writer tap into this rich source of inspiration and creative energy?

If a writer can forge a link between the imagery and symbolism of their dreams and the power of their own writing, creative sparks will fly. Sometimes a snippet of a dream is all it takes to inspire a poem, story, or novel.

Examples Of Stories That Were Sprung From Dreams

Richard Bach was moved to write the first few chapters of Jonathan Livingston Seagull after he heard “a disembodied voice” whisper the title in his ear. But it wasn’t until eight years later, after a dream that featured the famous seagull, that he was able to finish his hugely popular novella.

Stephen King, too, has looked to dreams for inspiration. In Writers Dreaming by Naomi Epel, King says, “…when I got road-blocked in my novel It, I had a dream about leeches inside discarded refrigerators. I immediately woke up and thought, ‘That is where this is supposed to go.’”

Mary Shelley wasn’t even fully asleep—she lay down and closed her eyes and was haunted by a ghastly mental image that inspired her to write Frankenstein. “I began that day with the words, ‘It was on a dreary night of November,’ making only a transcript of the grim terrors of my waking dream.”

Even if a writer’s dreams don’t have a direct influence on their work, their creative energy can generate forward movement. Maurice Sendak, in Writers Dreaming, says, “What dreams do is raise the emotional level of what I’m doing at the moment. They add color or counterpoint to the work, acting as an almost symphonic accompaniment to what I’m doing.”

How to Make the Most of Your Dreams

1. Pay attention to your dreams and jot down notes about them as soon as possible when you wake up. You may be able to glean general ideas—themes, plot, characters, or settings—from the wild tangle of images, if not the full concept of a novel. Dreams can certainly be a jumping-off point for the creative process.

2. Try making a conscious effort, before going to sleep, to be present and aware in your dreams that night. Some people describe being aware of dreaming while in the midst of a dream and are able to participate more fully in the dream or even direct it to a certain extent—something that would certainly take some practice, but what fun it would be!

3. If you’re suffering from writer’s block or faced with a seemingly insurmountable plot problem, concentrate on the problem right before drifting off. Your subconscious may work to resolve the dilemma overnight and either reveal a resolution in a dream or upon awakening.

“The brain is so strange and wondrous in its mystery. I think it creates a number of things for itself—it creates launching pads and resting places—and it lets steam off and it reworks itself.” (Maya Angelou, Writers Dreaming)

Simply be aware of the process—and the power—of dreaming to tap into that creative energy—and use it to your writing advantage!

Question: Have you ever written anything that was inspired by a dream?