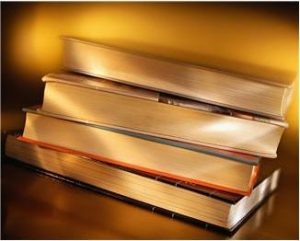 You have probably heard it said that the best way to become a good writer is to first become a good reader. We couldn’t agree more. That is why we asked members of our staff to recommend one book they recently read that’s an example of fine writing. Whether old or new, mainstream or off the beaten path, there is something exemplary, original, or innovative about the writing in these books.

A Writer’s Booklist: From Our Own Shelves

If you want to master flashbacks in literature, first-person narrative, perfect dramatic arc, and telling a brilliantly cohesive story that is not chronological, you need to read Sophie’s Choice. It manages to tell a horrific story of a woman’s experience in World War II in a way that is both disconnected and intimate, subtle and loud, and—more than anything else—gorgeously written. I was in love with this book from beginning to end.

This novel is inspired by Josef Fritzl keeping his own daughter and the children she bears him in captivity. The writer makes the brilliant choice of having the story narrated by five-year-old Jack, who has lived his entire life with his mother in an 11’ by 11’ “room” that is really a soundproof shed in a backyard. It’s not just a story told through the voice of a child—it’s through the unique perspective of a boy who believes that what’s on television is outer space and that nothing really exists unless it’s in Room.

Learn: Tell a story from a unique perspective and challenging voice.

Moon Palace uses several extended metaphors throughout the book and a trained reader will “pay close attention” to each occurrence of these metaphors. The narrative arc of the story is cyclical, which is also a metaphor (mirroring the moon’s orbit). It’s an interesting and beautifully written story. Much like the travels of the moon, we always arrive back where we began.

This book takes place immediately following World War II in London and the English Channel island of Guernsey, which was occupied by the Nazis during the war. The entire book consists of letters the characters wrote to each other and has no chapter breaks. As you become a voyeur into the world of a young columnist, her publisher, and the friends she makes through the Guernsey Literary and Potato Peel Pie Society, it’s easy to believe that the characters really existed. Also, this book appeals to the writer and book lover in me as it illustrates how this brave bunch of people used their love of books to help them survive years of German occupation.

You have to sit down and buckle up for probably the first fifty or so pages—it’s a rocky read with a lot of information—but once you get over that hurdle, you will NOT be able to stop reading! With every turn of the page, there’s a heart attack and a catch waiting to happen; eyes wide open, heart racing, palms sweating, with one of the most original tattooed heroines to date, this is an addictive read.

This is one of my favorite books ever. It’s six stories built within each other, all told in different ways by different narrators. It starts in the outreaches of the South Pacific in the early 19th century and ends up in a post-apocalyptic world, far in the future. While each story is vastly different, there are universal truths that continually arise throughout. Mitchell is a master of language, jumping seamlessly from aboriginal vernacular into a futuristic language (created by him).

I never understood how someone could be moved to cry while reading a book until I read this. Stockett did a masterful job switching between the characters’ perspectives without clutter or confusion. I’m still amazed at the degree to which the writing causes you to become emotionally invested in the characters. Stockett is an innovative, brave, and beautiful writer.

Kinsale is regarded by many academics who study popular fiction as one of the best writers out there. Lessons in French is what she calls “hedgehog humor”—a lighthearted, comic Regency. I have a pretty solid vocabulary. But Lessons In French demanded more than a full page of vocab notes! And yet it is escapist, good fun.

9. A Dash of Style: The Art and Mastery of Punctuation (2006) by Noah Lukeman

This is a nonfiction book that puts a spin on the different uses of punctuation in creative writing. The analogy that sticks with me is that a colon is like a magician. The audience doesn’t know what’s coming, and then voilà: the curtain is pulled back for the grand reveal. This book totally changed the way I look at colons and em-dashes.

Learn: Creatively use colons and em-dashes.

It’s the second book in a series (HeartSick, Sweetheart, Evil At Heart) about detective Archie Sheridan and his relationship with the serial killer he helped capture. The dynamic between the two (he’s in love with her; she plays him like a piano) is so intriguing, and all the characters are gloriously filled out—I think writers can learn from the relationships between each of the characters. I warn you, though, this is not for the faint of ‘heart’ (you see what I did there), as it gets pretty graphic.

This is a story about a high school shooting. Picoult presents the reader with several character perspectives and timelines. She uses this innovative technique to explain the lead-up to the events of that fateful day. I’m also impressed—regardless of the author’s other works—both men and women can enjoy this book.

Learn: Tell a story out of chronological order.

Marina Singh, a research scientist with a pharmaceutical company, is sent to the Amazon to track down her former mentor who seems to have disappeared while working on an extremely valuable new drug. Not only does no one know where this missing scientist is, but the last person who was sent to find her died mysteriously. No one writes well-developed characters and suspense like Ann Patchett! This book is emotionally intense, and the characters really stick with you even after you put the book down.

As Towner Whitney struggles through the death of a family member, she is forced to face the family she’s been trying to forget and discovers her own strength in the process. An excellent book, the author creates an unstable, surreal world using multiple points of view and flashbacks of suppressed memories. The haunting, off-kilter story is grounded in the clips of “The Lace Reader’s Guide,” which begin each chapter. Barry streamlines what might otherwise be a confusing mix of characters and timelines in the text of “The Lace Reader’s Guide,” which ultimately becomes the reader’s guide.

← Winners: 100 Words of Encouragement For Writers Writers: Which Reindeer Are You? →